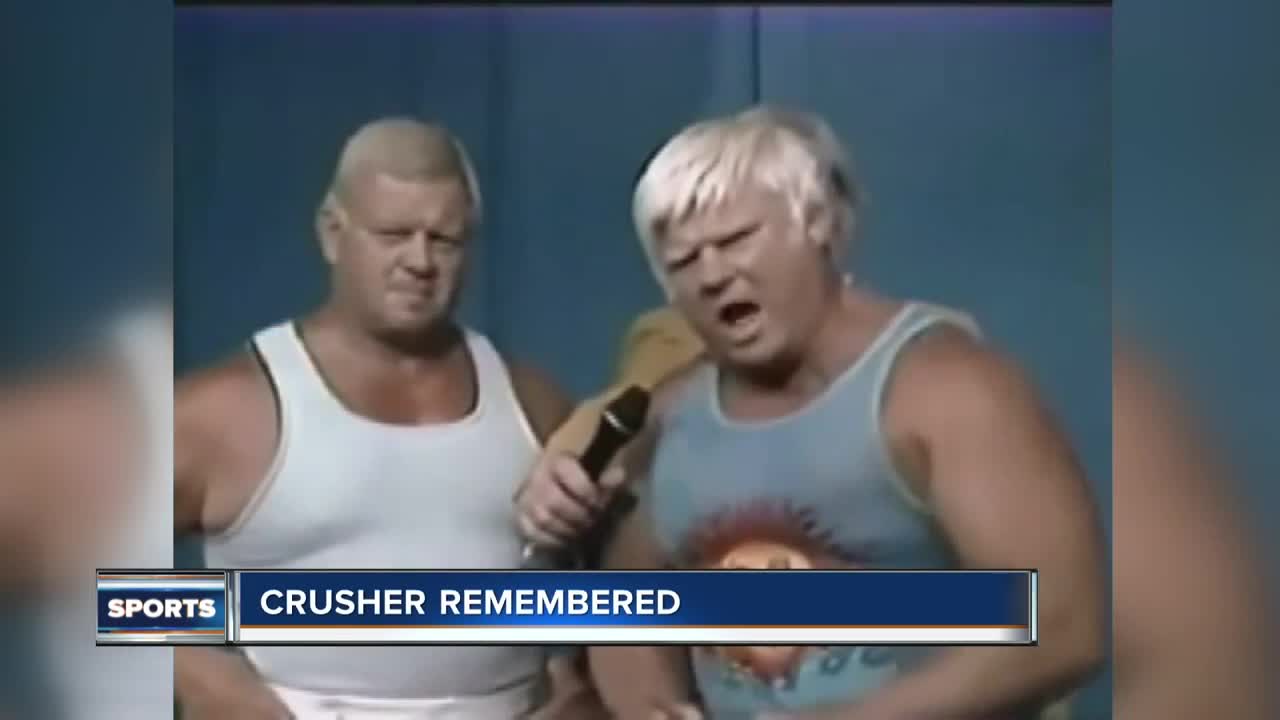 Crusherfest is Saturday, June 8 with the statue unveiling at 3pm in South Milwaukee.

"Where is Milwaukee? Had you ever heard of it, before you heard of the Crusher? No! Because the Crusher made Milwaukee famous. And I'll drink to that," Baron Von Raschke says.

Angel Armani lost at Polishfest, in Crusher's last ever match.

"What bum turkey neck are you going to throw out?...So I called up the promoter in Milwaukee, and Carmine DeSpirito said I got just the kid. So now we do this match, do this match. And the last thing I remember, is getting boloed. Going over the top rope, to the outside. And him drinking a beer while he stepped on my chest.

That's the last thing I remember. Anything in between? I couldn't tell ya," Armani says. "He was a very hard worker...in and out of the ring. Ok? He represented what people today cannot do. If they wrestled in a little town? He would study this town. Picture a name of a couple of bars. Cut a promo talking about that bar. Get that city involved and come and see him."

But whether friend or foe? There's no doubt Reggie "The Crusher" Lisowski represented us.

"Those people believe in the Crusher, ok?...Crusher, if Crusher lost or if Crusher was getting beat up? These people acted like they were denied their tax refunds!" Armani says.

"We became partners, and as partners?...Again, step by step. Or brick by brick. We became AWA World Champions! HAHAHA!" Baron Von Raschke exclaims.

Crusherfest is Saturday, June 8 with the statue unveiling at 3pm in South Milwaukee.