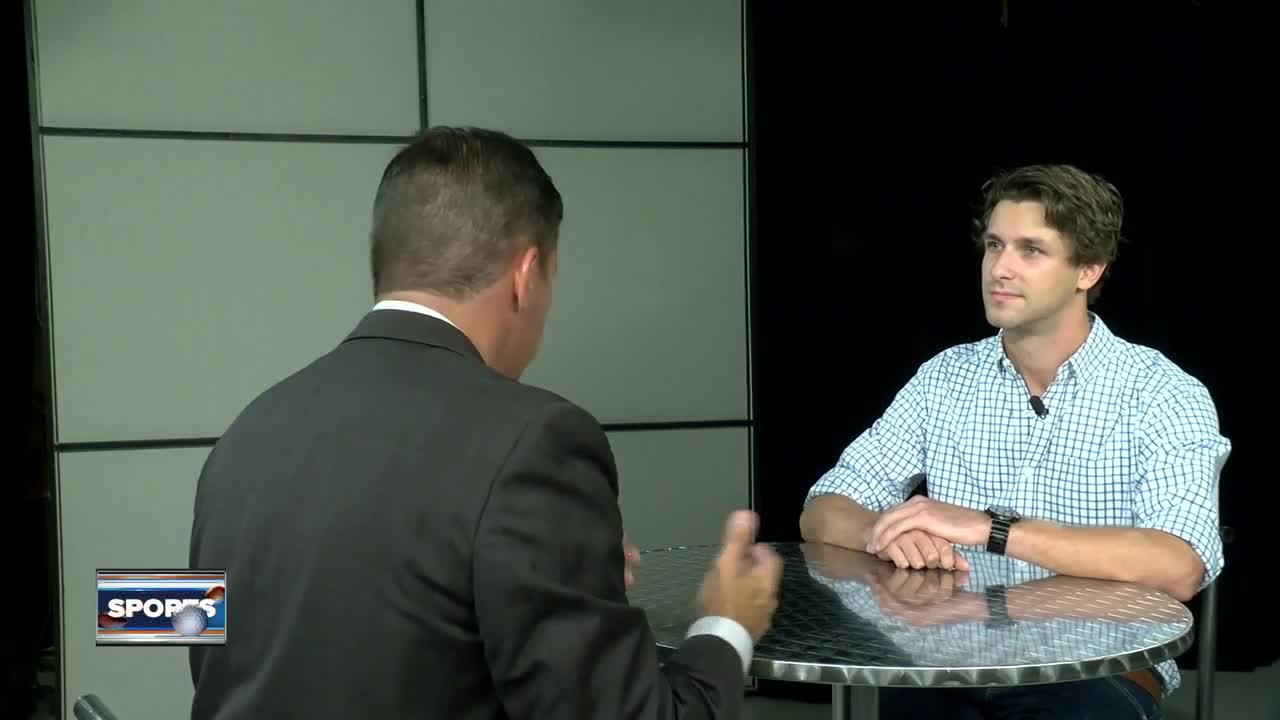 Josh Bilicki began racing NASCAR in 2016. And it's been an uphill climb.

MILWAUKEE — Josh Bilicki began racing NASCAR in 2016. And it's been an uphill climb.

TODAY'S TMJ4 Main Sports Anchor Lance Allan asks, "how would you put a bow, so to speak, on this season?"

"So, you know, taking a step back and looking at my first NASCAR race in 2016. Going to 2016 to 2017 was an upgrade because you know I ran a handful of races in 2017. Going to 2018, it was a full season, but with a pretty low budget team. And this year you know, running 20 plus races with more competitive equipment? It's been really a learning experience for me because last year, you kind of just go to ride around and just kind of log laps in Xfinity Series. Where as this year? When we go to the track, usually we have, you know, a 15th to 20th place car," Josh Bilicki says.

Yet each season? It's gotten better.

"You know, this year's been great. It's been the best year of my career for sure...and I'm really looking forward to putting everything together for next year, so I can run another full season and hopefully step it up from where I am this year too," Bilicki says.

Josh Bilicki says, "Next year I'm really looking at another full season in Xfinity. I enjoy running Cup because it's a big learning experience. You know, the races are longer. You're pushing 100 percent every lap, which is something where coming from sports car racing. You kind of have to dial it back to 95 percent sometimes, and even Xfinity too. In Cup, they're running super hard."

But with the rich heritage of racing in Wisconsin? Josh is one of the few Badger state's NASCAR hopes, in 2020.

Lance Allan asks, "Paul Menard...won't be full time anymore. And people are saying man, you know we had Matt Kenseth and Alan Kulwicki and we had Dave Marcis. I'm going to leave somebody out once I start naming names obviously. But there were a plethora of Wisconsin drivers for a long time, and now all of the sudden, you're like our hope. So, how do you feel when people come up and say Josh Bilicki is our hope, for Wisconsin?"

Josh Bilicki says, "It definitely puts a little bit of pressure on me, because I don't want to let you guys down. But at the same time, I think that I can use that as, you know, a good selling point. You know, I'm the only Wisconsin driver now with Paul stepping back. And I'm not sure what he's going to do next year. He might run a couple Xfinity races. He might run nothing. You don't know. So to be the only Wisconsin NASCAR driver competing full time in any of the three series. Whether it's Trucks, Xfinity or Cup. I think I can use that as a selling point, and say you know, do you want to back the only Wisconsin driver?"