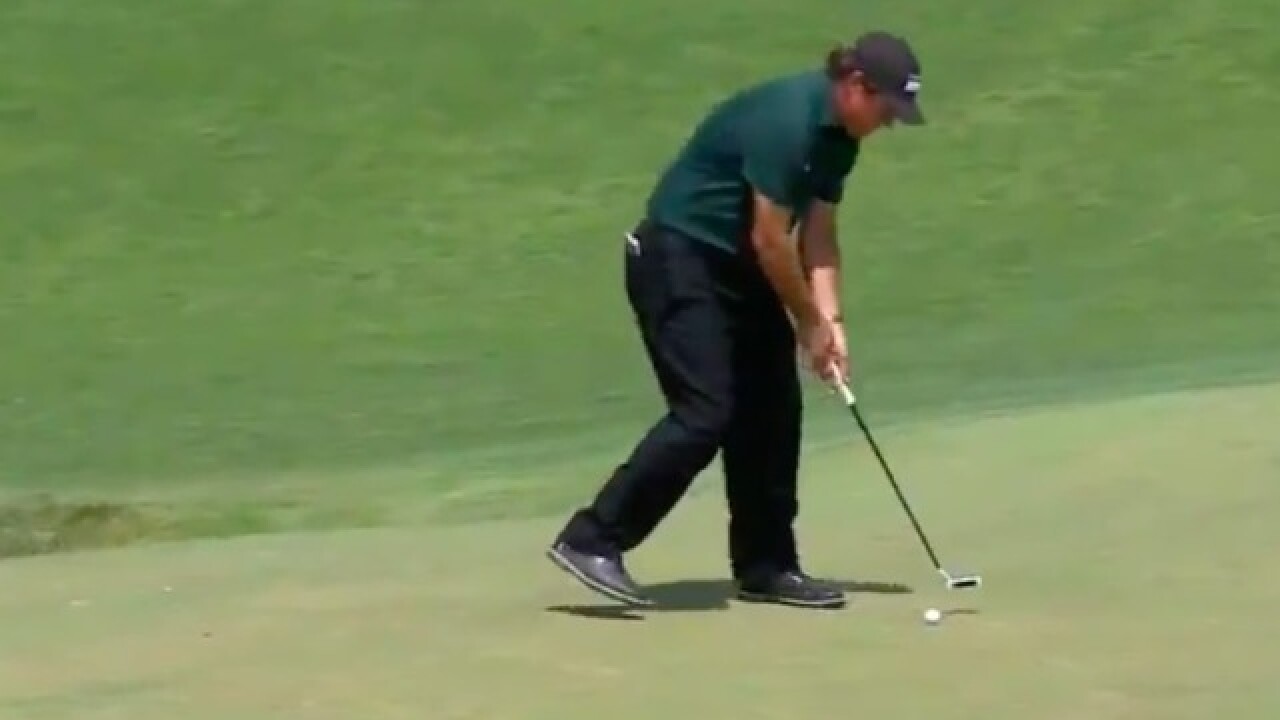 It's been a long, frustrating U.S. Open for Phil Mickelson... but even so, no one could have expected what Lefty was about to do at the 13th hole at Shinnecock Hills on Saturday.

Already sitting at 10-over par for the tournament and facing a bogey on the hole, Mickelson missed a putt, but then chased it down while the ball was still rolling away from the hole and hit it again.

He missed that putt, as well, and received a two-stroke penalty for hitting a ball that was still in motion. He went 6-over on the hole itself, marking his worst score on a U.S. Open hole as a pro.

"That... that's stunning," the commentator said.

Wow. I've never seen that before.

Phil Mickelson ran after his putt before it stopped, which is a two stroke penalty.

The U.S. Open is the only of the four major golf tournaments Mickelson has yet to win. After Saturday's events, he essentially assured himself of having to wait at least one more year to change that.