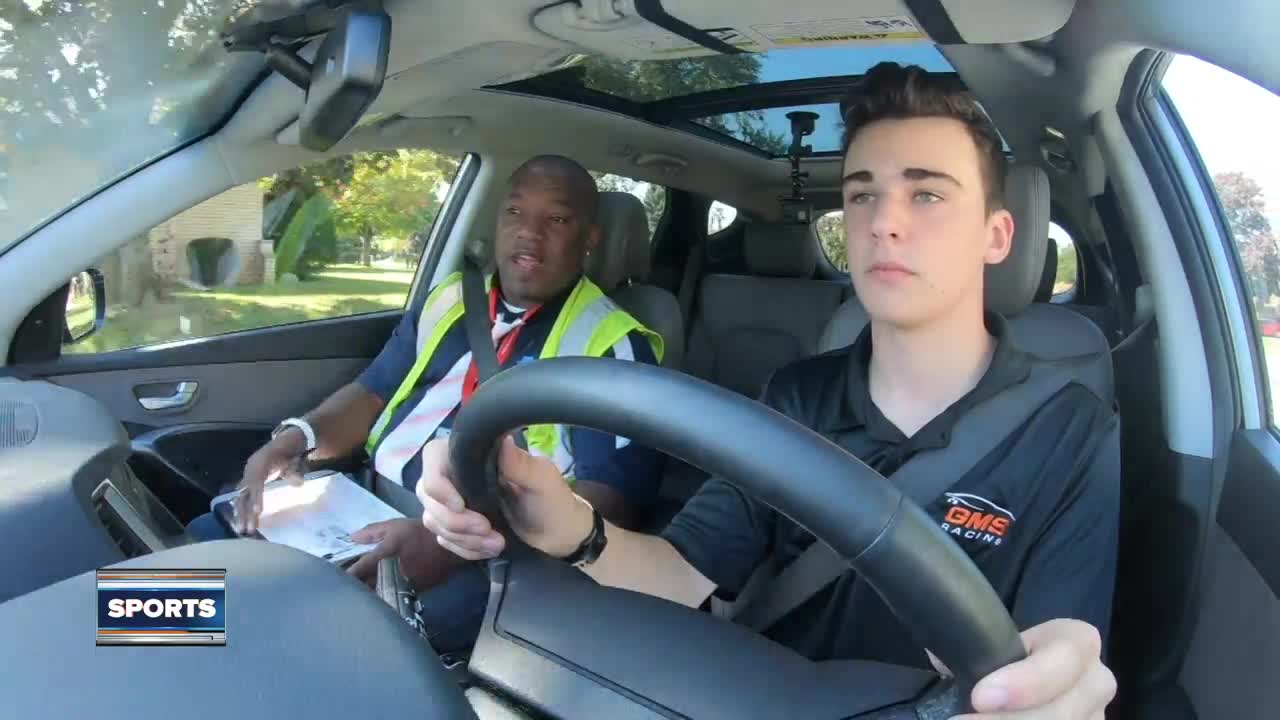 Sam Mayer is a racing phenomenon. At 16-years-old, he is the youngest NASCAR champion ever. When the Franklin teen rips up the track at 165 miles an hour, he's fearless.

FRANKLIN — Sam Mayer is a racing phenomenon. At 16-years-old, he is the youngest NASCAR champion ever. When the Franklin teen rips up the track at 165 miles an hour, he's fearless.

"You don't worry about it because everyone is going the same direction, unless you crash," Sam Mayer said.

But put him behind the wheel at regular speed limits? And it's a different story.

"It's the biggest meme in the garage," Mayer said. "I can go 165 at Dover and I can't drive my car. Hopefully the meme will be over today!"

On this day, Sam took his test to get his Wisconsin driver's license.

"Oh man, I would hear about it for awhile. My dad would not let me live that down."

So we tagged along for the test. And if he wasn't already nervous enough, we outfitted Sam's car with cameras.

Sam got situated and off he went. After the driver's instructor put him through the paces 15 minutes later, he was back.

Lance asked the driver's instructor, "Ramon how did he do?"

The driver's instructor said he did awesome...he got his license.

Lance Allan asked if the instructor could tell Mayer was a race car driver.

"No, because he went so slow," the instructor said.

After filling out some paperwork, it's official.

"Now I can't wait for the real one," Mayer said.