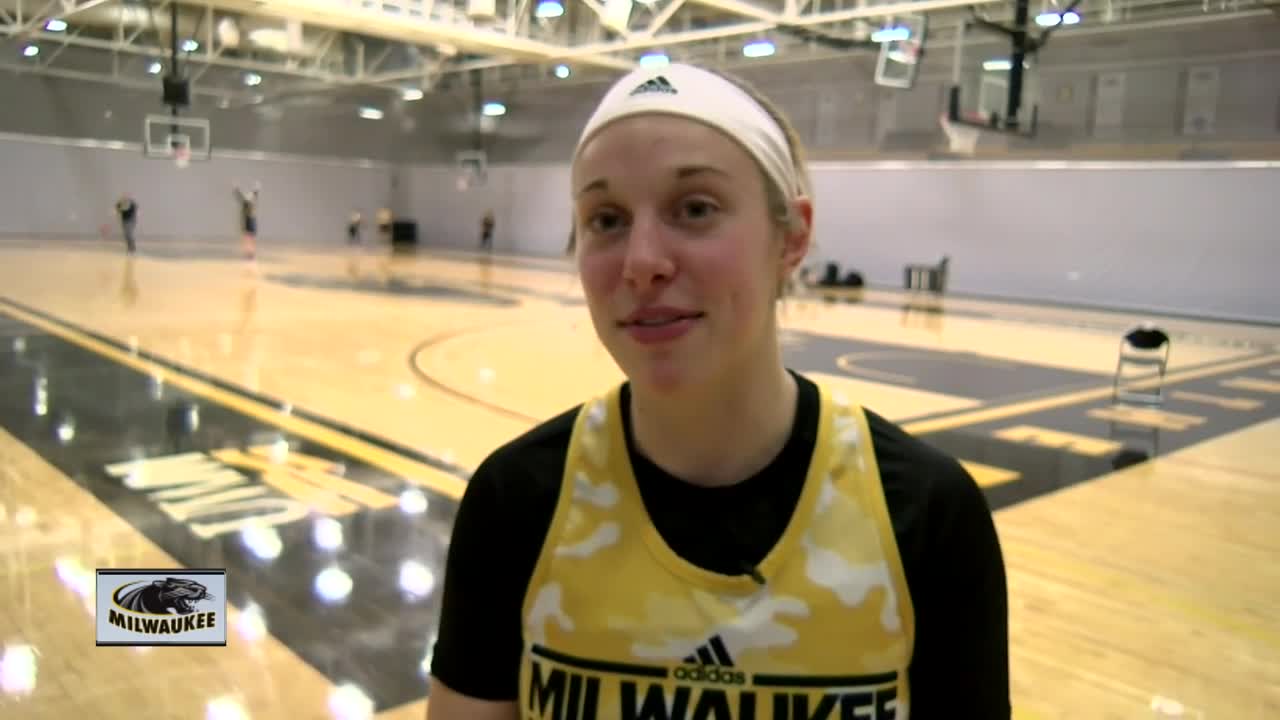 Basketball, and soccer. UW-Milwaukee student athlete McKaela Schmelzer does both.

Basketball, and soccer. UW-Milwaukee student athlete McKaela Schmelzer does both.

"People think I'm crazy, yes. Am I crazy? Probably, but I love what I do," Schmelzer explains.

"She is an engineering student...so she is compartmentalizing so many things," Panthers Head Coach Kyle Rechlicz says. "And while also trying to have a social life. You know I think, there's not many athletes I would give this opportunity to, to be able to play both soccer, and basketball."

And yes, conflicts arise. Last fall, she missed two basketball games, to play soccer. "We had the conference tournament for soccer...and then the next day, I came and played a basketball game. And it's just, that first game is always kind of weird," Schmelzer says.

"That was tough for me at first...because we rely a lot on 'Mc.' She's leading us in minutes. The ball is in her hands a lot. She's leading us in assists. And so to know I was taking that option off the court, especially in our first game against Indiana, was a little...I had to take a lot of deep breaths," Rechlicz says.

But Schmelzer set a standard from day one.

"Mc is actually leading us in minutes, because of how great of shape she's in," Rechlicz says. "When she came in as a freshman, she broke the conditioning tests. And I knew we had a special athlete at that point."

So let's play the what if game. If you had to pick, what would you pick?

McKaela Schmelzer laughs, and says "They're just so different. Just the, the team, itself. The experiences. I honestly, I don't know if I could pick. And that's my final answer!"