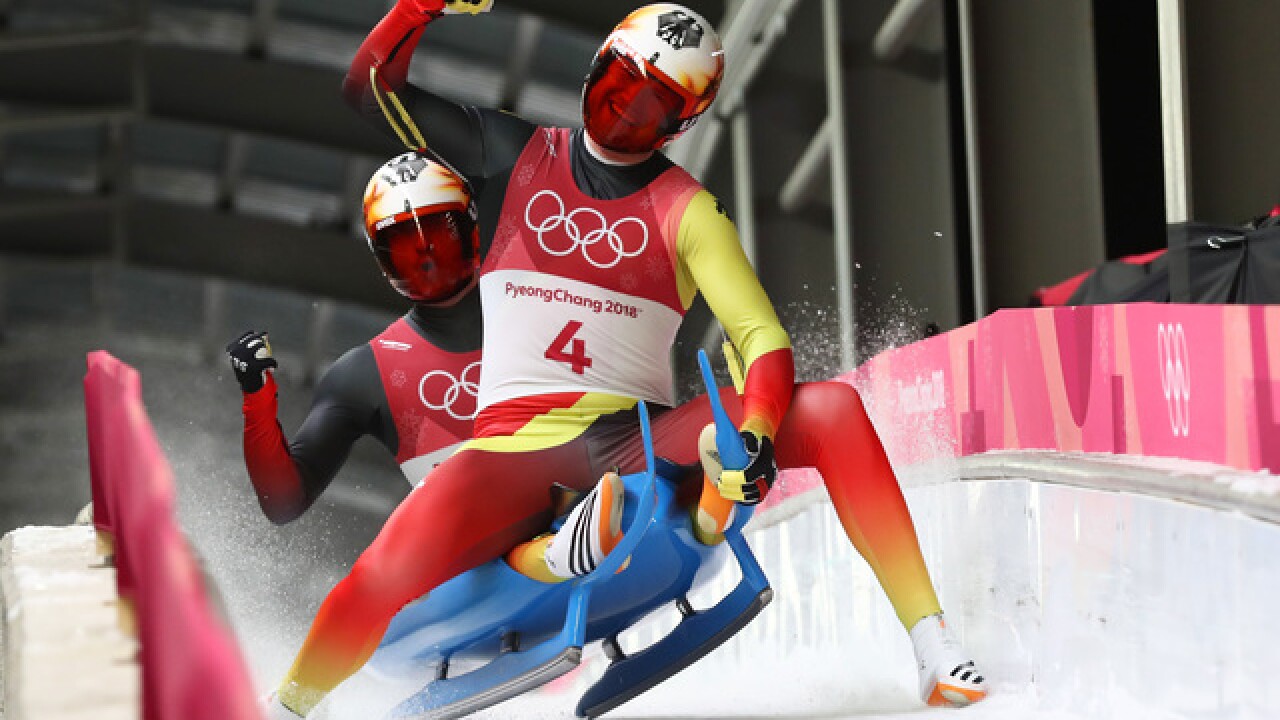 Luge has been the talk of the 2018 Olympic games for more reason than one.

Firstly, for its danger. Lugers can exceed speeds of 90 miles per hour while riding an open-faced sled with little protection other than a helmet.

One small mistake can set an athlete flying into the walls, which was the unfortunate reality for US luger Emily Sweeney

Wrecking on the luge looks like the most painful and dangerous wreck. pic.twitter.com/irj1WNuzYj

Luckily, she remained conscious and was transported to the hospital for further testing.

Then, the sport became a talking point due to its ability to create some interesting camera shots and even spurred a now infamous Buzzfeed article about bulges.

But, the height for luge related internet memes came on Valentine's Day, when the world was introduced to doubles luge.

Yesterday I saw a headline about men's doubles luge and today I realized it was a real Olympic event and not an onion article pic.twitter.com/Y6yMUqhzgg

Doubles luge AKA the sexy Valentine's Day event - because if you're gonna hurtle yourself down an ice slide at 120km/h, you may as well do it while awkwardly lying on top of your mate pic.twitter.com/3njXNyQAPb

I’m not sure why doubles luge exists, but the fact it does entertains me to no end.

Not everyone seems to understand the purpose of having two people cramming into a tiny sled and hurdling themselves down the ice, but one thing is certain -- the internet loves luge. And luge definitely loves the attention.