Olympics Day 13: What to watch 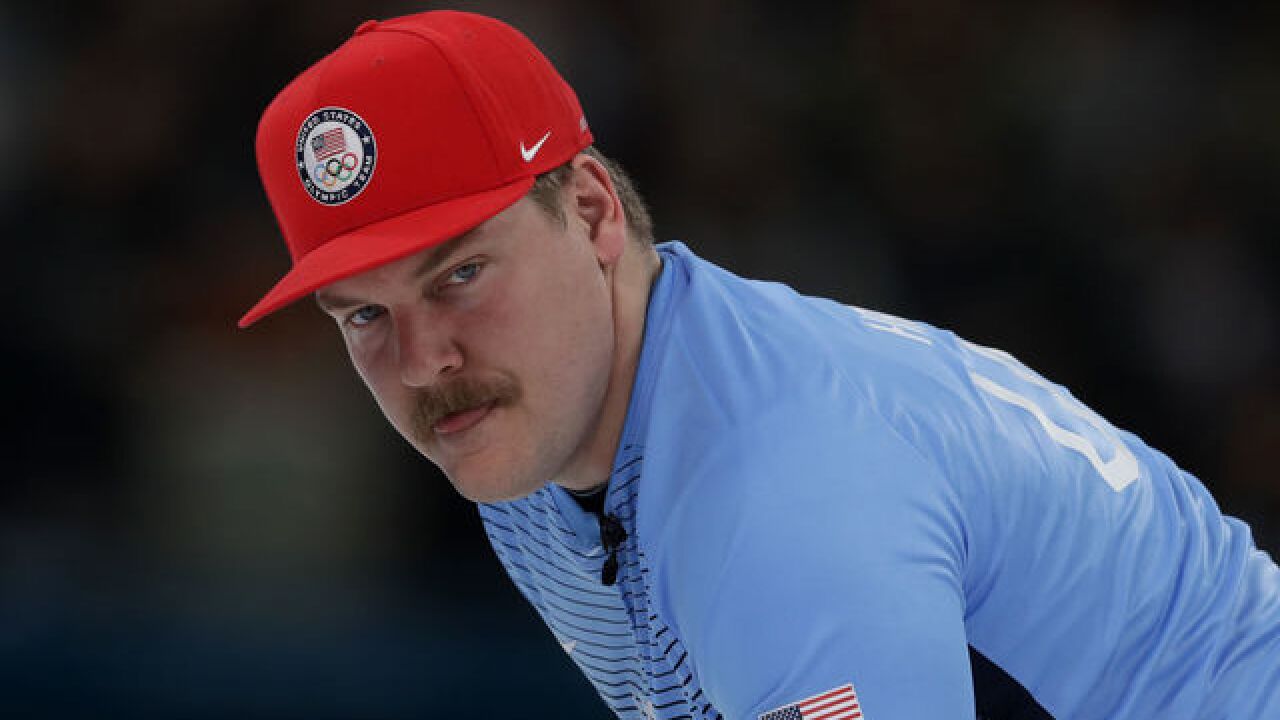 Image copyright 2018 Getty Images. All rights reserved. This material may not be published, broadcast, rewritten, or redistributed.
Richard Heathcote
<p>GANGNEUNG, SOUTH KOREA - FEBRUARY 21: Matt Hamilton of the USA in action during the Great Britain v USA Men's Curling round robin matches on day 12 of the Pyeongchang 2018 Winter Olympics at Gangneung Curling Centre on February 21, 2018 in Gangneung, South Korea. (Photo by Richard Heathcote/Getty Images)</p>

PYEONGCHANG, South Korea (AP) — After weather forced a compressed schedule and a doping scandal hit the staid world of curling, competition is heating up in Pyeongchang. We're here to help figure out what to watch on Thursday. (All times Eastern.)

The women's free skate, always an Olympic highlight, will be a battle of the Russian teenagers when it starts at 8 p.m. Two young skaters set world-record scores in the short program within minutes of each other. Evgenia Medvedeva scored a staggering 81.61 points, only to be bested by her friend and training partner Alina Zagatova by a mere 1.31 points. American favorite Mirai Nagasu fell trying her signature triple axel in the short program, leaving her out of medal contention in ninth place.

If you haven't been paying attention, now is the time. After days of round-robin play and a doping scandal , curling competition is finally getting down to brass tacks. Men's semifinal games will be played at 6:05 a.m., with the U.S. taking on Canada and Sweden facing Switzerland. The Canadian and U.S. men's curling teams are good buddies off the ice, but they will put all that aside today. The Canadian men have won the gold the last three Winter Games. The U.S. men haven't medaled in curling since they nabbed the bronze in 2006.

In a nutshell, the teams are trying to get one of their stones closest to the center of the rings while blocking their opponents. The team with the closest stone will get a point for each stone in the rings. Only one side can earn points in an "end," or round. What's with all the brushing? Curling ice is actually textured so the brushing reduces friction and makes the stone move faster, or in a specific direction.

The women take to the course for the rough and tumble sport of skicross. After seeding runs that start at 8 p.m., the final will be at 9:20 p.m. In skicross, racers battle each other to the finish through tight turns and jumps. It is notoriously dangerous, even amid a field of high speed and risky sports. On Wednesday, three skiers were taken off the course on medical sleds after crashes, including Canada's Chris Del Bosco, who slammed into the ground after losing control in the air over one of the final jumps.

For early risers, there will be tons of action in short track between 5 a.m. and 7 a.m. with the men's 500-meter, the women's 1,000 and the men's 5,000 relay. Short-track is almost a national sport in South Korea, so the crowd is really into it and understands the subtleties. In the relay , watch the handoffs. Racers give each other a push on the backside. To the uninitiated, it looks like chaos, but it is a well-choreographed dance.

The Nordic combined brings together ski jumping and cross-country skiing — two sports that seem to only share the fact that they are done on skis. It requires incredible fitness and, well, guts. In the team competition, four men jump first and then ski 5 kilometers with staggered starts based on their jump score. When one man finishes the ski portion, he passes onto the next member of his team. The medal race starts at 5:20 a.m.