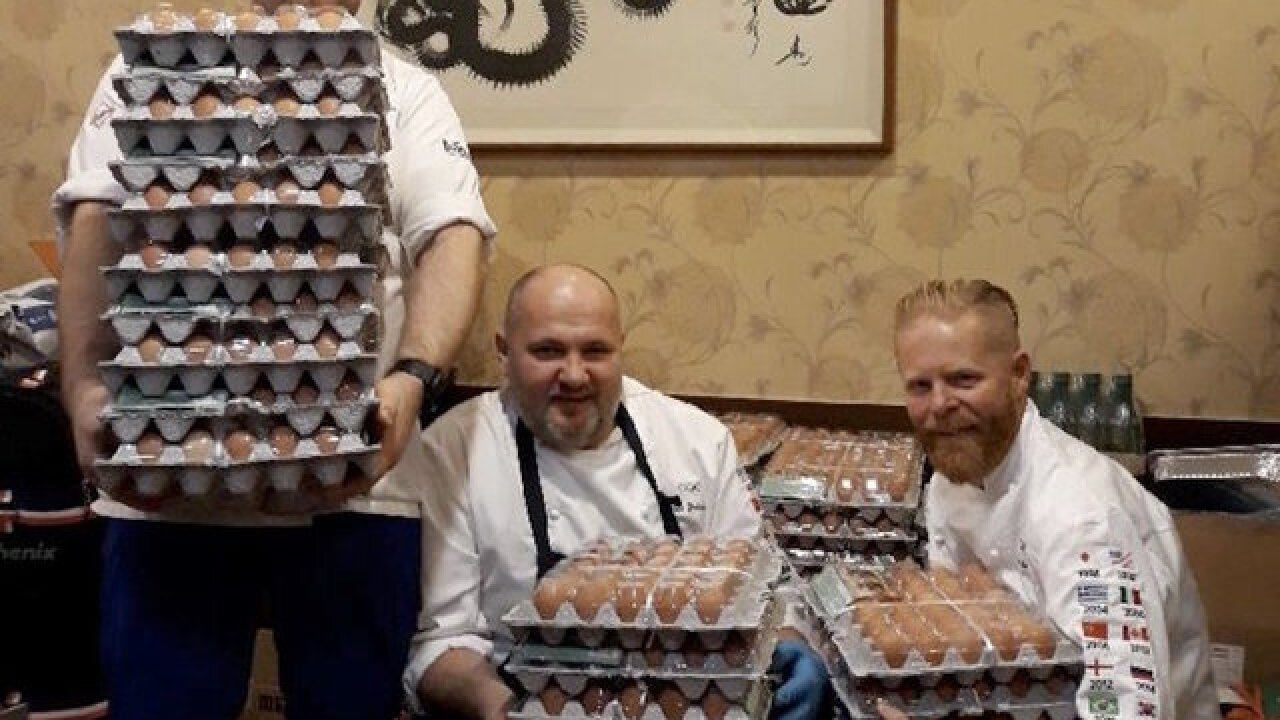 Hopefully the athletes representing Norway at the Winter Olympics like eggs.

Team Norway's chefs ended up with more than 10,000 extra eggs earlier this week thanks to a translating error.

According to Trønder-Avisa, a Norwegian Newspaper, Norwegian chefs attempted to order 1,500 eggs to cook for their athletes for the next few weeks. But because none of the chefs could speak Korean, they ran their list through — what else — Google Translate.

But the chef's order apparently got lost in translate. According to Aftenposten, the Norwegians ended up receiving half a truckload of eggs” and that there was “no end to the delivery.”

Apparently, the grocer thought the Norwegians were attempting to order 15,000 eggs. That would have meant that each one of Norway's 109 athletes would need to eat nearly 12 dozen eggs apiece over the next two weeks to finish the stash.

Luckily, the chefs were able to return the extra 13,500 eggs, but not before posing with the stacked up crates.