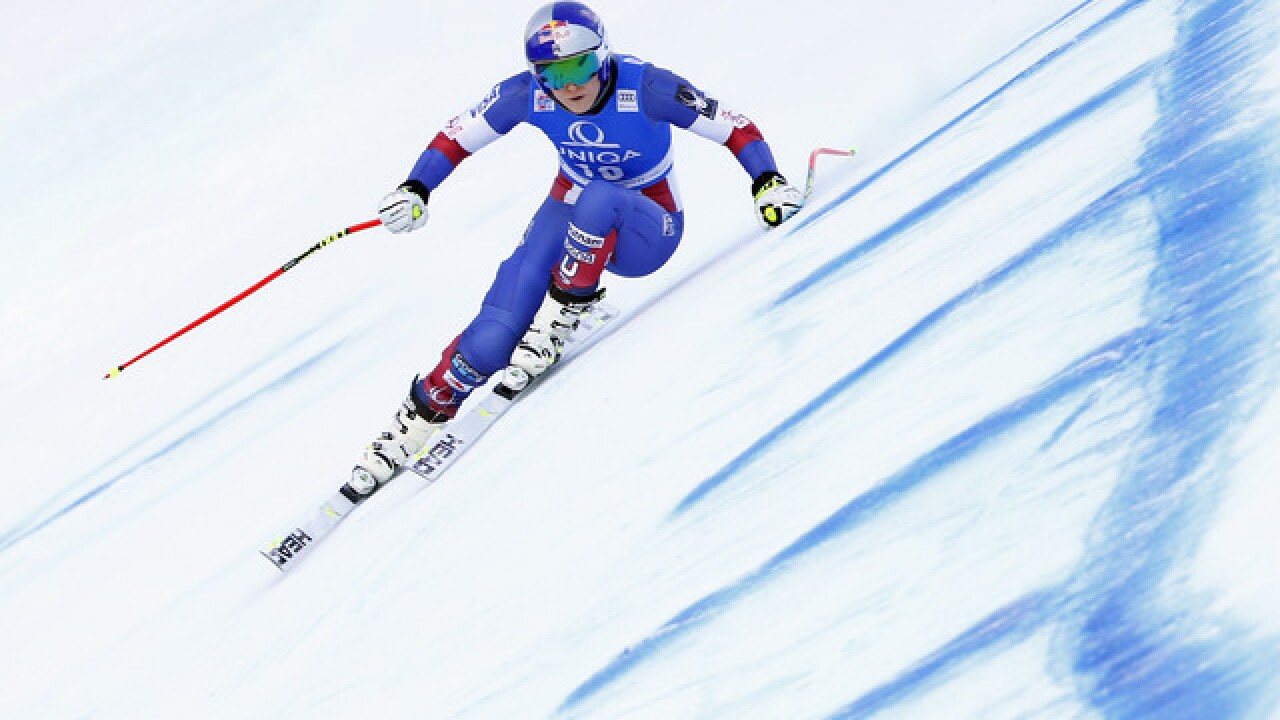 The 33-year-old skier, preparing for her third Olympic Games, finished Thursday's run a massive 0.96 seconds ahead of Liechtenstein's Tina Weirather and 1.25 seconds ahead of American teammate Jacqueline Wiles at the Cortina d'Ampezzo in Italy.

On Wednesday, she also finished nearly a full second in front of the field.

Vonn, widely considered the face of U.S. skiing, has dominated Cortina in her career, holding a record 11 wins, and hopes the momentum can help carry her into PyeogChang next month.

Another tough day and even tougher conditions, but it’s not February so I’m not stressed. I’ve been waiting for these Olympics for 8 years so being healthy is my #1 priority. Next weekend is cortina. Should be a little easier on my knee 😜

Vonn began her Olympic career in 2002 at age 17 and finished an impressive sixth in the combined. She went into the 2006 Olympics with high hopes but crashed and suffered the first of what would become a flurry of injuries. Fighting through the pain, she still managed to finish eighth and earned an Olympic Spirit Award.

Heading into 2010 in Vancouver, Vonn was still under 100 percent. However, she valiantly fought through a shin injury to win a gold in the Super-G and a bronze in the Downhill.

In 2014, the injury bug struck again, and this time it bit harder than ever. She was forced to miss the Sochi games due to having "no ACL." Many thought her career was done, but not Vonn.

She announced her comeback in 2015, and though she's had smaller injuries along the way, pit looks like she will come into PyeongChang stronger than ever.