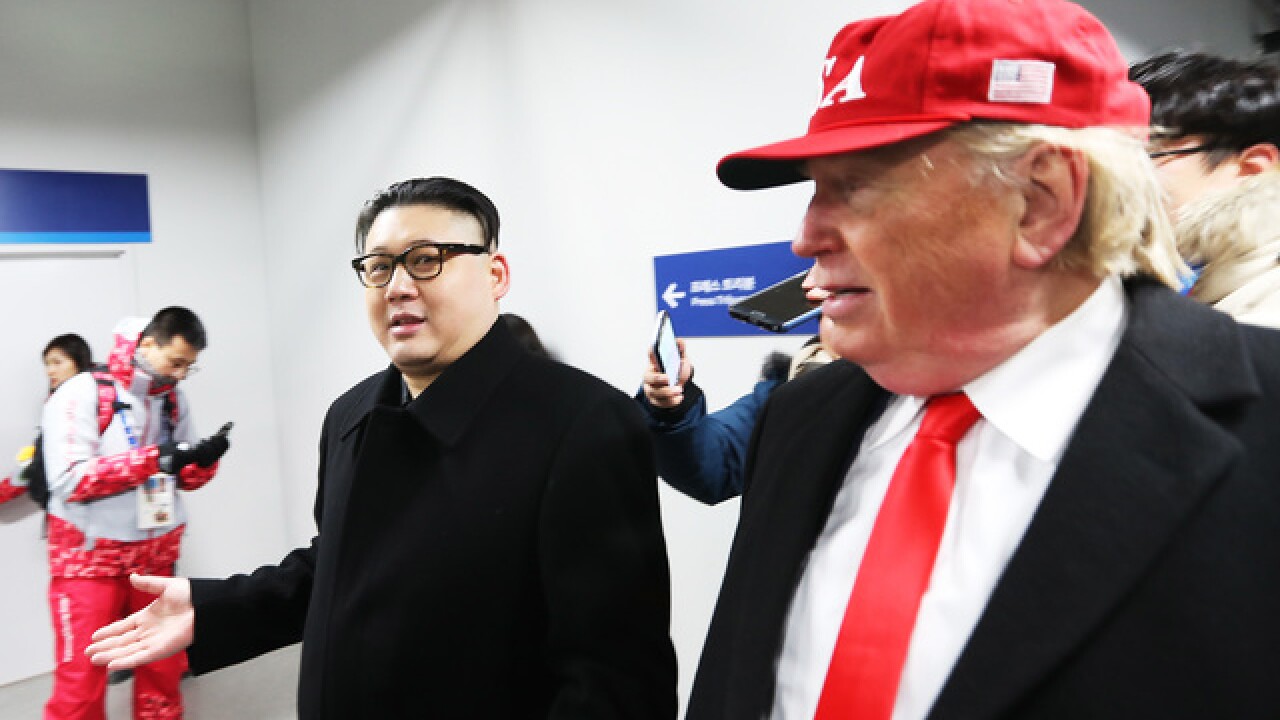 The Kim Jong-un impersonator returned to the Olympic games, and it went just as smoothly as last time after he was escorted out by security.

This Kim Jong Un impersonator walked in front of the North Korean cheering squad at the Olympics, and boy were they unimpressed https://t.co/ytFEvBGES5 h/t @yoonjung_seo pic.twitter.com/uVsusPRY2r

The man, who was discovered to be an Australian going by the name of Howard, made his Olympic debut on the night of the opening ceremonies where he, and a cohort dressed as Donald Trump, caused a massive stir.

It's the #Olympics and Donald Trump and Kim Jong Un are there, sort of. https://t.co/67XlRf7dpM (Photo: Brendan Smialowski, AFP/Getty) #openingceremony #olympics2018 pic.twitter.com/2YAHcF0pNq

Howard wasn't with the fake Trump this time, choosing to go solo instead and also choosing to make his appearance in front of the now famous North Korean cheerleaders.

The cheerleaders were unimpressed, as was security. However, they South Korean police ran into a quandary about what to do with Howard.

Police have now surrounded and asked the apparent impersonator to come with him, he says his name's Howard, was just cheering and looks like this, and didn't commit any crime. Refuses to go with them. South Korea police apparently unsure what to do pic.twitter.com/pGzvV0ufcq

This is crazy, you've got about 10 policemen, what do you think I'm going to do?" Howard said in clean Australian accent. "I haven't been violent. I'm just here to see the game so what's the problem?"

Police attempted to argue that he broke a rule against making political statements, but Howard argued that he can't change his face.

"I just showed up with my flag and my face," Howard said. "If you don't like my face there's nothing you can do about it, I was born this way."

Eventually, police released Howard who left the area to a crowd of giggling fans and flashing cameras.

Seems he was released. Caught him walking out, waving as high school girls laughed. "Cosplay!" they giggled pic.twitter.com/xnFlco2UjC