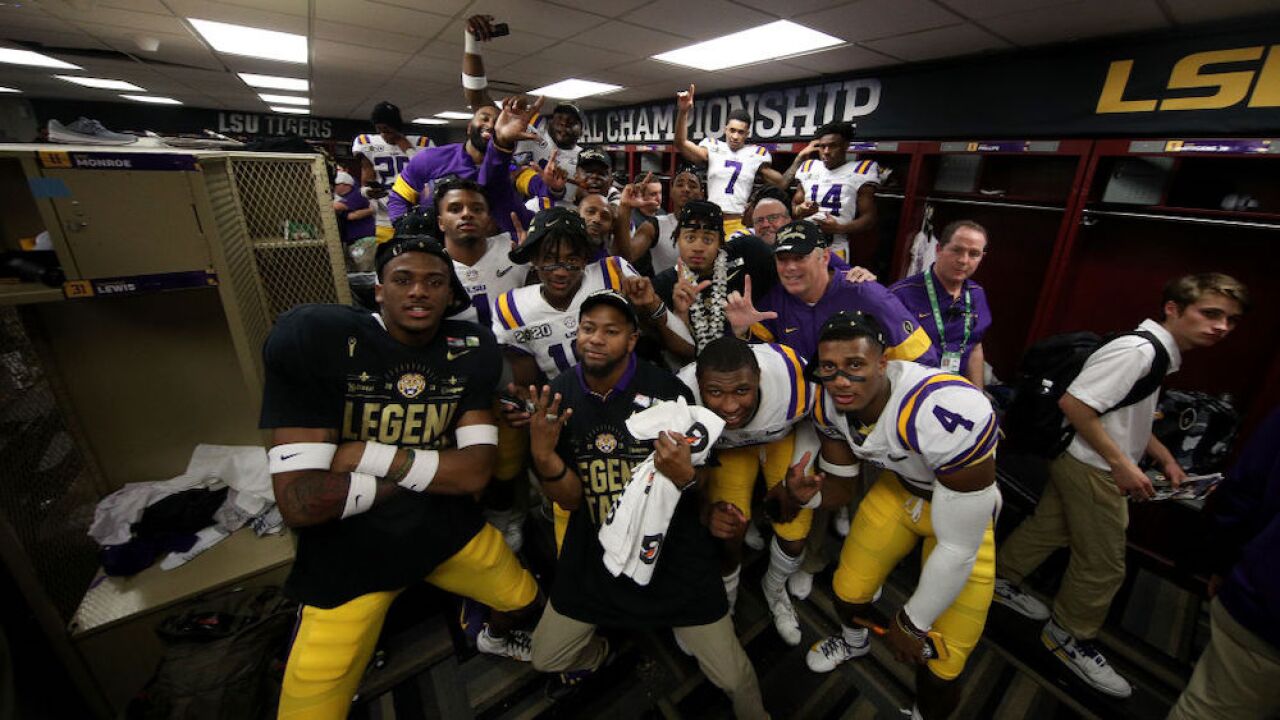 After a season in which he was named college football's best player, led his team to an undefeated record, and helped his team win the national championship, all LSU quarterback Joe Burrow wanted to do was relax with a victory cigar.

According to Michael Casagrande, a reporter with AL.com, officers told LSU players and coaches smoking cigars in the locker room following the college football National Championship that anyone smoking a cigar is "subject to arrest."

Another officer reportedly told players that he thought it was OK to celebrate with cigars, but was told by his commander that smoking indoors in the lockerroom was, in fact, illegal.

No one was arrested.

The police officer's concerns did not dissuade LSU from posting a video of players smoking celebratory cigars in the locker room following the Tigers' 42-25 victory over Clemson.