Former Milwaukee admiral could be key for team USA 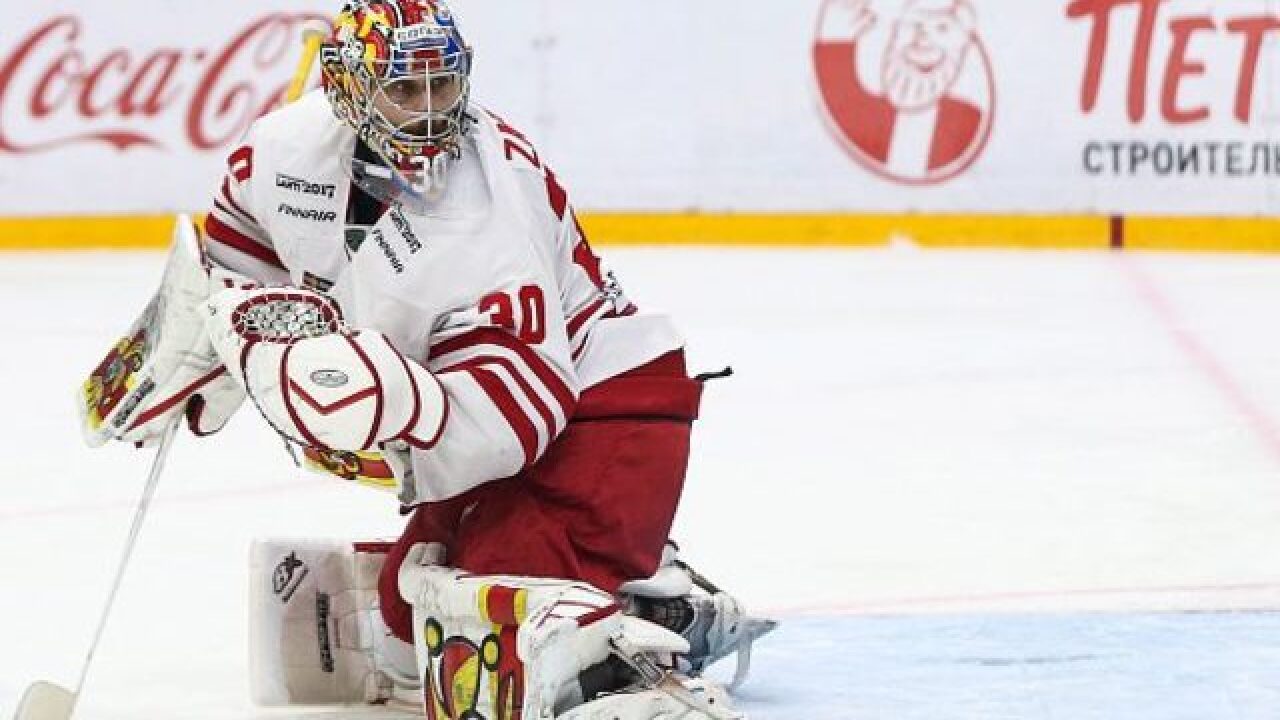 MILWAUKEE -- Former Milwaukee Admiral Ryan Zapolski could be the key to the US Hockey team's success in Pyeongchang.

It's never a position he saw himself in growing up. He didn't step inside the crease until 12 years old and didn't really take it seriously until 16. It was also a position he never would have dreamed of a year ago as a veteran journeyman in Finland. But due to the NHL not participating in Pyeongchang, Zapolski was the best option available.

So now, the guy who was never the biggest or strongest ice has his shot to become an American hero, and it's certainly a role he doesn't take for granted.

"It's something I'm pretty proud of in my career, always having to work a little bit harder than the next guy to get the chance and taking advantage of every opportunity I had. This is just another great opportunity for me," Zapolski said.

Throughout his entire career, Zapolski, who was on the border of retiring in 2012 , has been forced to grind long hours and work harder than those around him to get where he is today. He never got a college scholarship and wasn't drafted by an NHL team and has bounced around the ECHL, the AHL, the Finnish Ligga and Russian Kontinental Hockey League.

He's had great successes at times, being named MVP of the ECHL in 2012-2013 and known as one of the most dominant goalie in Finland over the past four seasons. But they haven't come without disappointments. During his two AHL stints, he never saw any time inside the net.

But he never gave up on his Olympic dream, which made the moment he qualified for the team that much sweeter.

"Every kid dreams of playing for their country in the Olympics," Zapolski said in a tweet. "I never thought it would happen for me. Words can’t describe how proud and honored I am to represent (Team USA) in PyeongChang. Let’s go USA!"

But Zapolski won't just be an overlooked backup like he was in the AHL, his teammates expect him to dominate.

"He can get hot, and he knows how to play," U.S. and Jokerit teammate Matt Gilroy said Sunday.

"If your goalie's nice and calm and confident and relaxed back there, your team plays like his personality in a lot of different situations," Granato said. "That's one of the other things that we really liked from a staff perspective as we watched him all year is his calmness. He's deserved this opportunity to make this team."

Though the bearded man behind the mask has been overlooked throughout his entire career, the goalie could become a household name if he brings team USA an Olympic gold medal.