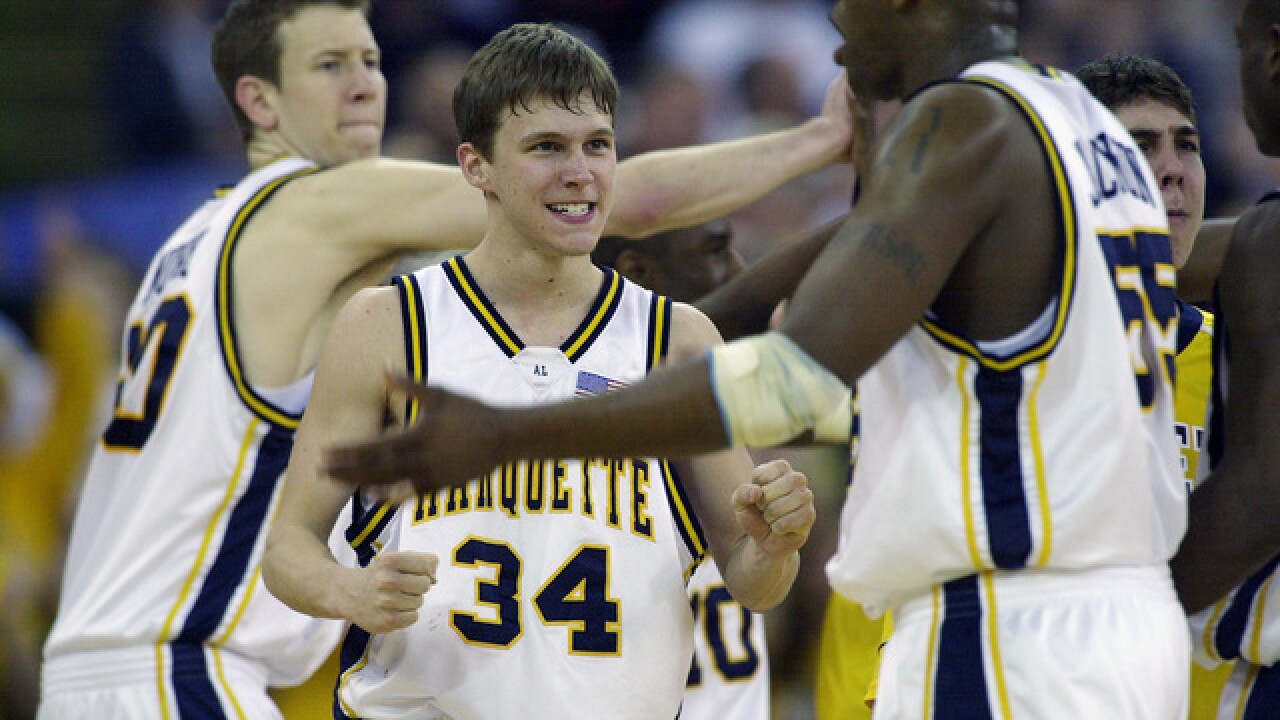 Image copyright 2017 Getty Images. All rights reserved. This material may not be published, broadcast, rewritten, or redistributed.
Jonathan Daniel
<p>4. <strong>Travis Diener</strong> (2001-05)<br /> Diener's abilty to score and pass was an integral part of Marquette's 2003 Final Four team. For his career, Diener is third in all-time assists, sixth in points, and second in three-point makes.</p>

MILWAUKEE -- It's been fifteen years since student Travis Diener and Marquette appeared in a Final Four, but despite this TBT Final Four appearance not meaning as much as the one in 2003 did, alum Diener and his squad are prepared to keep the ride going for fans.

The Basketball Tournament, TBT for short, is a is an open-application, single-elimination tournament played each summer in the United States. It features many former college basketball alumni. This year, the tournament featured 72 teams all competing for the $2 million grand prize.

On June 30th, the Golden Eagles kicked off the TBT tournament from Marquette's Al McGuire Center with a 78-67 victory over the Johnnies. Still undefeated, the team is in Baltimore to take on a team that has won the last three TBT tournaments, Overseas Elite.

Getting to the Final Four was not easy, as Travis Diener had to hit some big shots late in last week's Elite Eight matchup. The team squandered a 15-point halftime lead, but Diener's three-pointer right before the Elam Ending put the team in a great spot to win.

An Elam Ending means that the clock is turned off after the first whistle under four minutes of play. Whatever team is winning (Marquette was 83-80), the rule states that the first team to get to the benchmark of the leading team's score plus seven wins the game. In this case, MU had 83 points, so the first team to score 90 would be the winner.

With ice in his veins, 36-year-old Travis Diener took a three-pointer with the team up 87-86 and nailed it.

This is Marquette's first TBT semi-final. Tip-off is set for 7 p.m. on ESPN.