LeBron James opts out of contract option, is now an unrestricted free agent 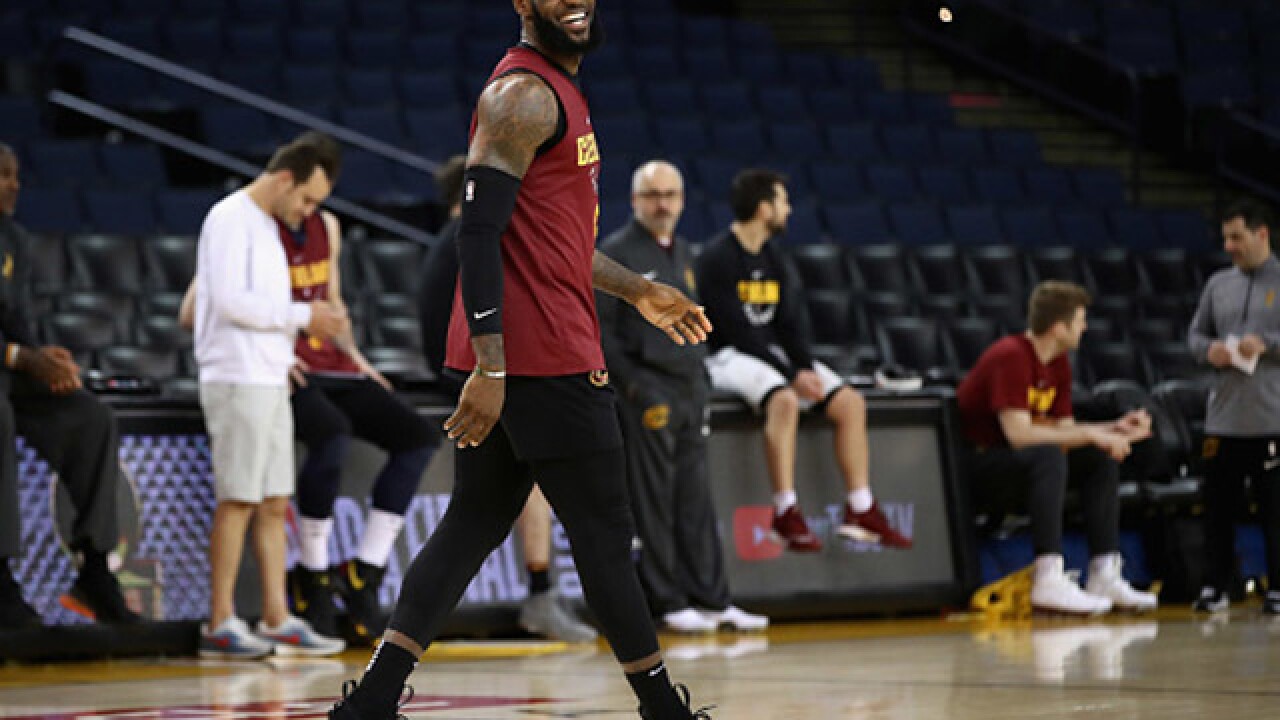 Image copyright 2018 Getty Images. All rights reserved. This material may not be published, broadcast, rewritten, or redistributed.
<p>OAKLAND, CA - MAY 30: LeBron James of the Cleveland Cavaliers works out during the 2018 NBA Finals Media Day at ORACLE Arena on May 30, 2018 in Oakland, California. The Cleveland Cavaliers play against the Golden State Warriors in Game One of the Finals tomorrow night. </p>

LeBron James has opted out of a one-year contract extension with the Cleveland Cavaliers that would have paid him $35.6 million this season, according to the Associated Press.

James is now an unrestricted free agent, which means the four-time MVP could sign a longer-term deal with the Cavs – or with another team.

LeBron James has informed the Cavs he won’t opt into his contract. This decision is favorable to the Lakers chances, hurts the Rockets chances and the Cavs remain firmly in mix.

This is the third time James has hit the free agent market. In 2010 he left the Cavs for the Miami Heat. In 2015 he left Miami and returned to Cleveland and signed a three-year deal.

James typically chooses to sign short-term deals, which ultimately net him more money thanks to an exploding NBA salary cap.

Where James ends up remains anyone’s guess. NBA rules allow the Cavaliers to offer James the most money, but James has been rumored to be eyeing other teams, notably the Los Angeles Lakers.