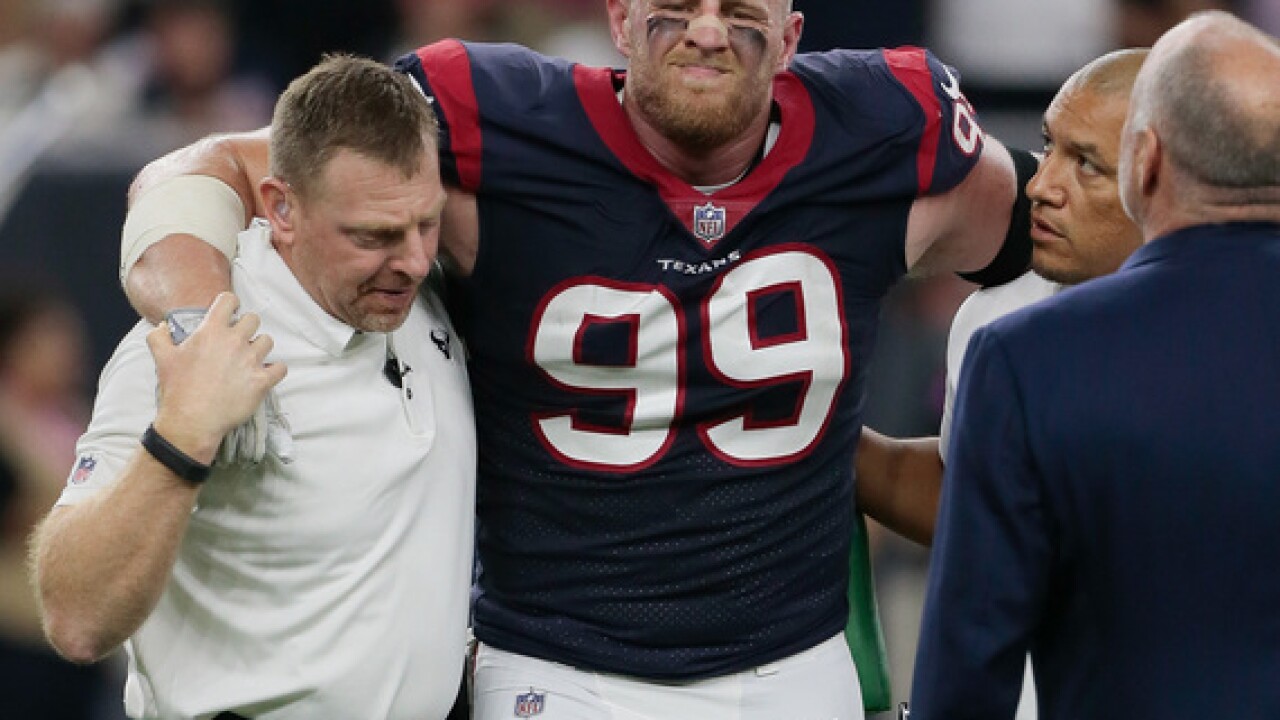 Copyright Getty Images
Bob Levey
<p>HOUSTON, TX - OCTOBER 08: J.J. Watt #99 of the Houston Texans is helped off the field after being injured in the first quarter against the Kansas City Chiefs at NRG Stadium on October 8, 2017 in Houston, Texas. (Photo by Bob Levey/Getty Images)</p>

Former Wisconsin Badger JJ Watt made a big step in his recovery from a brutal tibial plateau fracture in his left leg.

The Houston Texans defensive end posted a video on his Twitter account of him running on an Alter-G anti-gravity treadmill that's designed to take pressure off joints and ease recovery.

In what was an inspiring off the field year for the 28-year-old Watt, in which he raised more than $ 37 million for Hurricane Harvey relief , it was the second year in a row he suffered a season-ending surgery.

Watt came into 2017 hoping to bounce back from a herniated disk that needed back surgery so serious that was rumored to threaten his career. He started 2017 off slow, not collecting a sack through four games, but showed steady improvement.

However, in the first quarter of his fifth game back against the Chiefs, he fell victim to the knee injury that caused him to miss his final 11 games.

Texans fans and Wisconsinites alike are hoping the three-time NFL defensive player of the year , can get back to his dominant self in 2018.