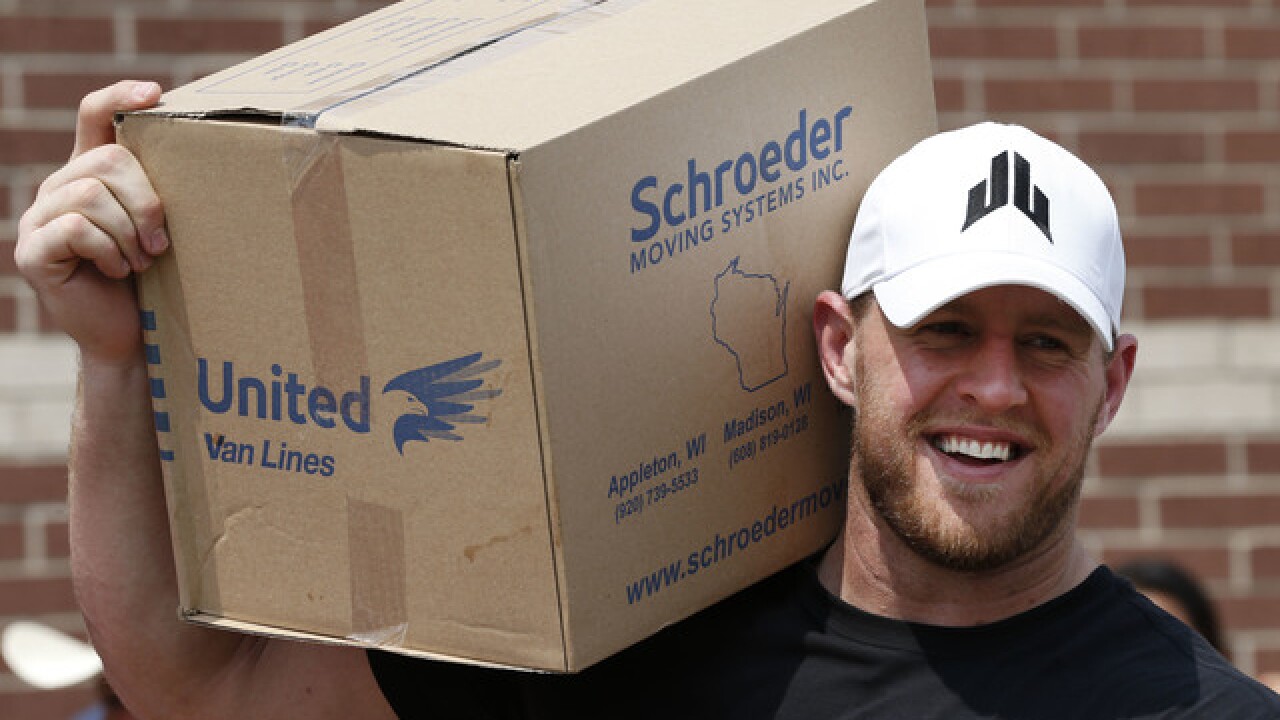 Copyright Getty Images
Pool
<p>HOUSTON, TX - SEPTEMBER 3: (AFP OUT) Houston Texans defensive end J.J. Watt holds a box of relief supplies on his shoulder while handing them out to people impacted by Hurricane Harvey on September 3, 2017, in Houston, Texas. Watt's Hurricane Harvey Relief Fund has raised more than $18 million to date to help those affected by the storm. (Photo by Brett Coomer - Pool/Getty Images)</p>

HOUSTON – Pewaukee native and Houston Texans defensive end JJ Watt is one of the three finalists for the “Walter Payton NFL Man of the Year Award.”

The Walter Payton NFL Man of the Year Award recognizes “an NFL player for his excellence on and off the field.” Each team nominates one player who has had a significant positive impact on his community

"Greg, Benjamin and J.J. have changed countless lives with their generosity and commitment to helping others," said NFL Commissioner Roger Goodell in a statement. "As remarkable leaders on and off the field, they personify the character of the late Walter Payton. We commend them for using their platforms to leave a positive impact on communities across the country."

"We have long been proud and appreciative of J.J.'s passion and authentic care for others as he has consistently given back to the community, created memories for all ages and positively impacted lives around the world," said Founder, Chairman and Chief Executive Officer Robert C. McNair. "J.J. is one of the most selfless, giving and inspiring young men in the NFL and we are proud he is a Houston Texan. During one of Houston's worst disasters, J.J. was our shining light after raising more than $37 million for victims affected by Hurricane Harvey. We congratulate him on being named a finalist for this year's Walter Payton NFL Man of the Year Award."

The winner will be announced during NFL Honors, a two-hour prime-time awards special to air nationally on Feb. 3, the eve of Super Bowl LII, at 8 p.m. central on NBC.