Greendale student athlete inspires others despite lack of hearing 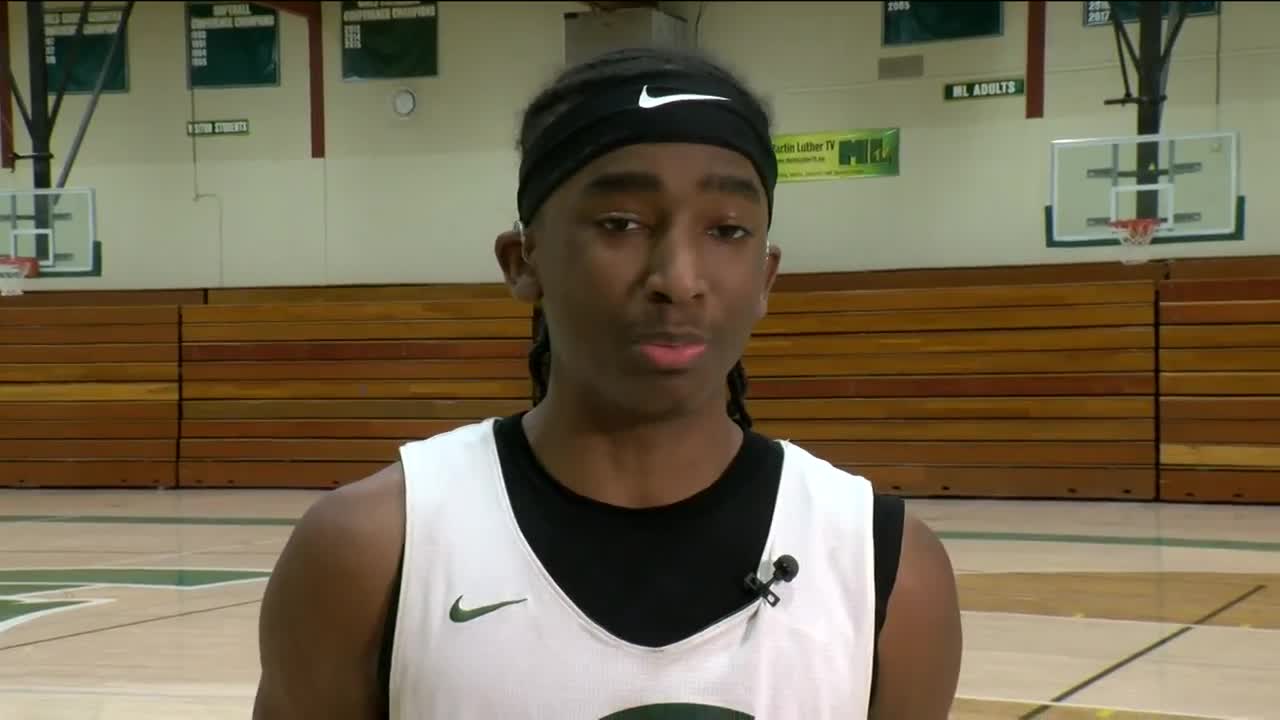 The swish of a basketball, going through the net. The squeaks from shoes, on the court. The chants, from the crowd. All sounds of high school hoops. GREENDALE — The swish of a basketball going through the net. The squeaks from shoes on the court. The chants from the crowd. All sounds of high school hoops.

"He's a joy to coach. He has a great spirit about him," Greendale Martin Luther Head Coach Paul Wollersheim says.

Davis lost his hearing at a young age.

"Only time I remember hearing something was when I was four. Hearing 'happy birthday,'" Davis says.

As he got older, he was picked on.

"At first I was shy. They tried to bully me," Davis says. "They pushed me down the stairs."

That same year, he turned to basketball.

"Third grade, I joined the Tosa basketball league. When I got bullied, first I was mad. But they found out I'm just normal," Davis says.

"I knew they would be family here. I like my coaches and teachers," Davis says.

"He's one of the most well liked kids. There's something inspiring in that," Wollersheim says.

Davis' dad, Ramon, could not be more proud of how far he's come.

"As a dad, I'm proud. But he's earned it," an emotional Ramon Davis Sr. said, wiping away tears.

On the court, there's only one thing that might tip you off to Davis' hearing loss.

"Every time there's a break, I look over to the coaches and the bench. I need to pay more attention," Davis says.

"You need to get his attention but he's in the same boat as everyone else. For the most part I don't see any difference. It's loud in the gym for everyone," Wollersheim says.

Davis' message to others?

"Be yourself. I enjoy life, despite being deaf. Be great," Davis says.

"It's not something to overcome but it is an inspiration and he never uses it as an excuse," said Wollersheim.