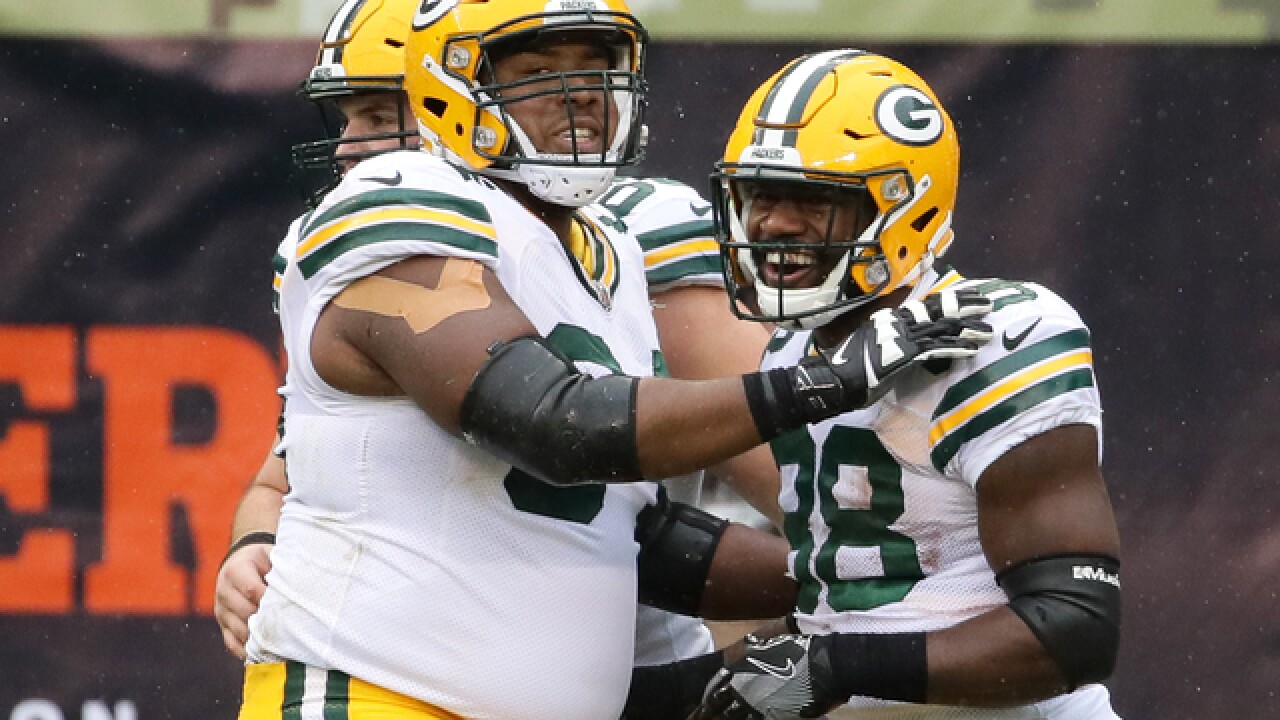 Copyright 2018 Scripps Media, Inc. All rights reserved. This material may not be published, broadcast, rewritten, or redistributed.
Jonathan Daniel
CHICAGO, IL - NOVEMBER 12: Ty Montgomery #88 and Justin McCray #64 of the Green Bay Packers celebrate after Montgomery scored a touchdown in the second quarter against the Chicago Bears at Soldier Field on November 12, 2017 in Chicago, Illinois. (Photo by Jonathan Daniel/Getty Images)

The April snowstorm is causing some problems for Packers' players.

Green Bay offensive lineman Justin McCray tweeted that he'd be stranded in the Atlanta airport for a while, and if any Packers' fans were there with him, he'd love to grab some lunch.

So since I’m stuck here for awhile, any Pack fans in Atlanta airport wanna grab some food?

McCary said he's already had his flight canceled and rescheduled once today -- and he would meet any Packer fans at Shane's Deli in the food court.

The Packers signed the 25-year-old McCary on March 29 of last year after he was cut by the Tennessee Titans.

He appeared in 13 games for Green Bay, starting eight, at right tackle, right guard and right tackle in 2017.

The Packers offseason program was slated to start tomorrow, per Rob Demovksy, but it's safe to say not everyone will be able to make it.

Demovsky also reported that the scheduled media availability for Monday has also been postponed.