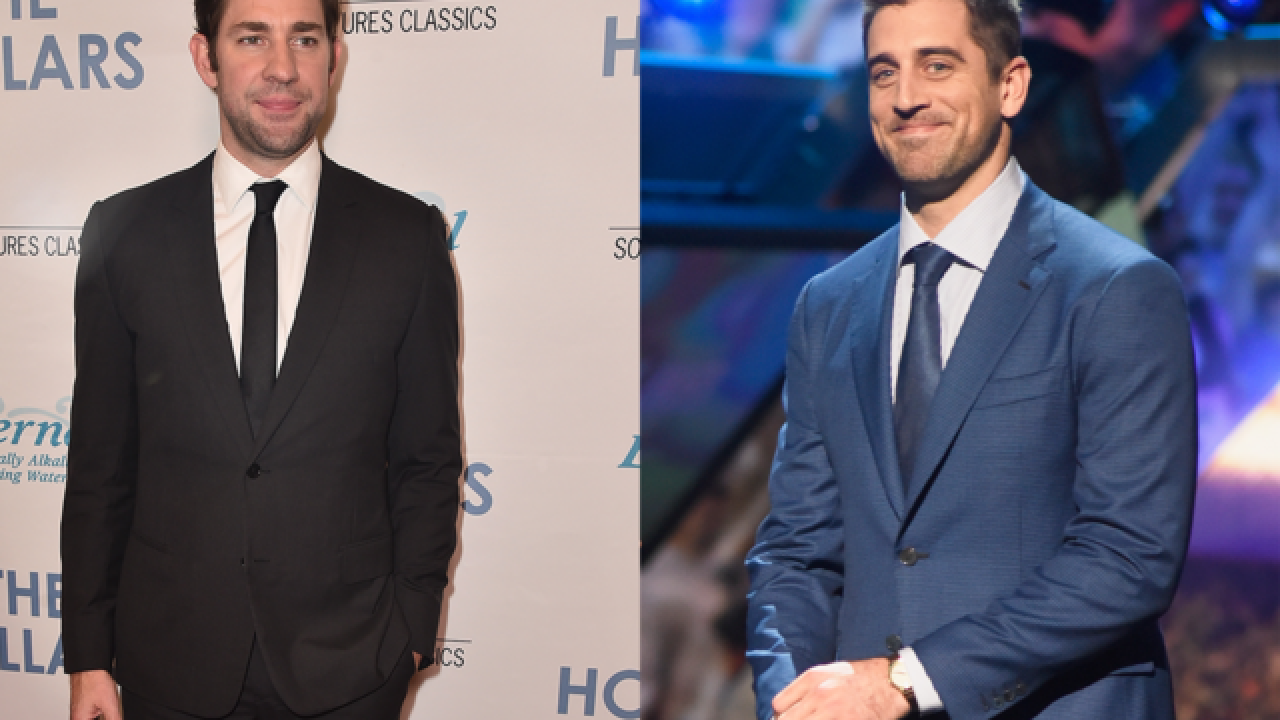 MILWAUKEE-- After being sidelined with a broken collarbone, Packers quarterback Aaron Rodgers has had some extra time on his hands for commercial shoots, Foo Fighters concerts, and most recently, impressions.

SportsCenter anchor Kenny Mayne, after a recent interview with Rodgers, posted a photo on Twitter of the Packer quarterback  giving his best "Jim from 'The Office'" stare.

We spent most of our Human Interest# story shoot watching @AaronRodgers12 drop Jim from The Office glances. pic.twitter.com/KG6FwKbQ7h

Actor, John Krasinksi, who portrayed the character Jim Halpert in the popular NBC sitcom "The Office," pretended like he wasn't impressed at first, but after studying the picture for a while, realized Rodgers was dead on.

Ha! Nice try @AaronRodgers12 not even close! I mean just look at the way your smile doesn’t even—or the fact that your eyes aren’t—oh my god... he’s nailing it. https://t.co/WU9la26lhb

The Packers official twitter account got in on the fun too. They responded to Krasinksi with Rodgers' head Photoshoped onto Krasinki's character, Jim, with quote from another Office character, Dwight Schrute, leaning out an office door saying, "Identity theft is not a joke, Jim! Millions of families suffer every year!"

Though if Krasinski could play quarterback as well as Rodgers and have a fully healed collar bone, I'm sure they wouldn't mind him stepping in for a few snaps this weekend.

Did Rodgers actually nail the look? You decide.