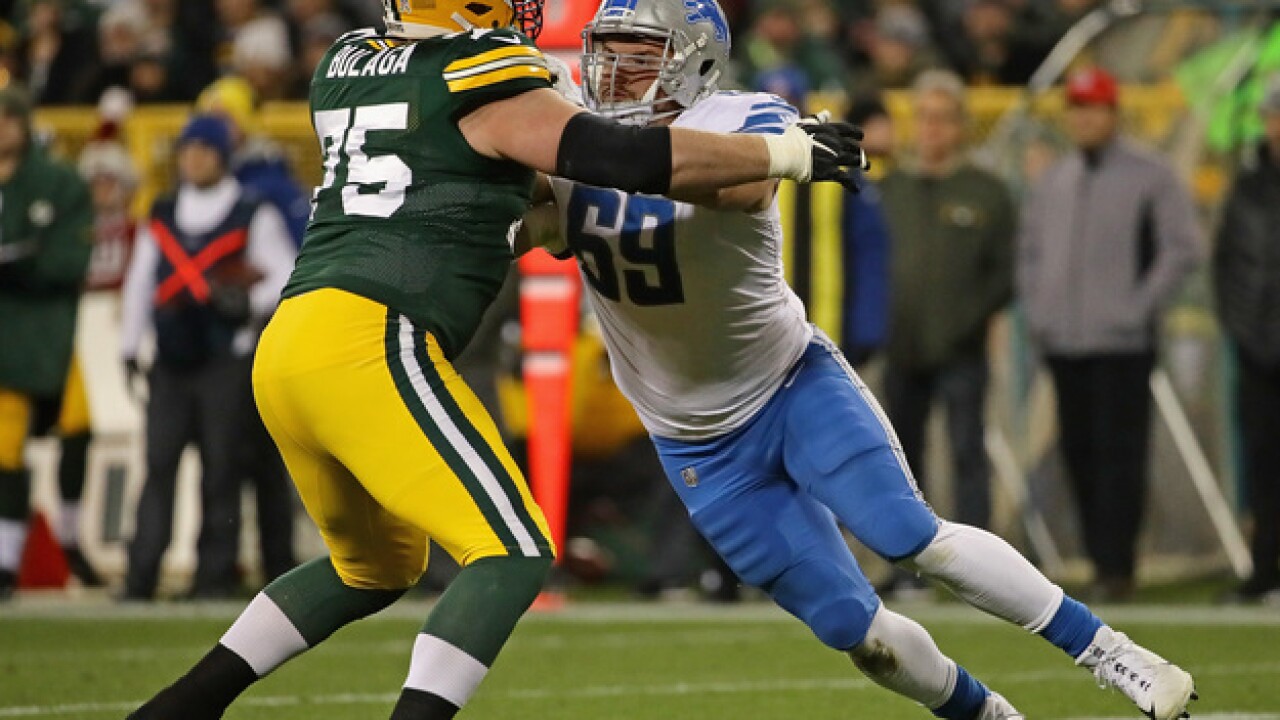 The Packers 6-foot-5, 315 pound right tackle won't be getting any smaller this offseason, at least in terms of his contract.

Bryan Bulaga refused to take a pay cut this spring via a report from Bob McGinn.

Entering his eighth NFL season, the 29-year-old tackle has played just two full seasons, and is coming off the shortest NFL season of his career in 2017 which featured an ankle injury that kept him out of the first three games and a torn ACL that ended his season early.

He has averaged 12 games per season throughout his NFL career.

One option for the Packers could be to cut Bulaga and draft his replacement in tonight's draft. Cutting him before June 1st would save $4.7 million in cap space.

No mock drafts have featured the Packers thinking about adding on the offensive line, but quarterbacks and defense highly prioritized by teams at the top, the Packers could swoop in with pick 14 and take one of the best linemen of the draft.