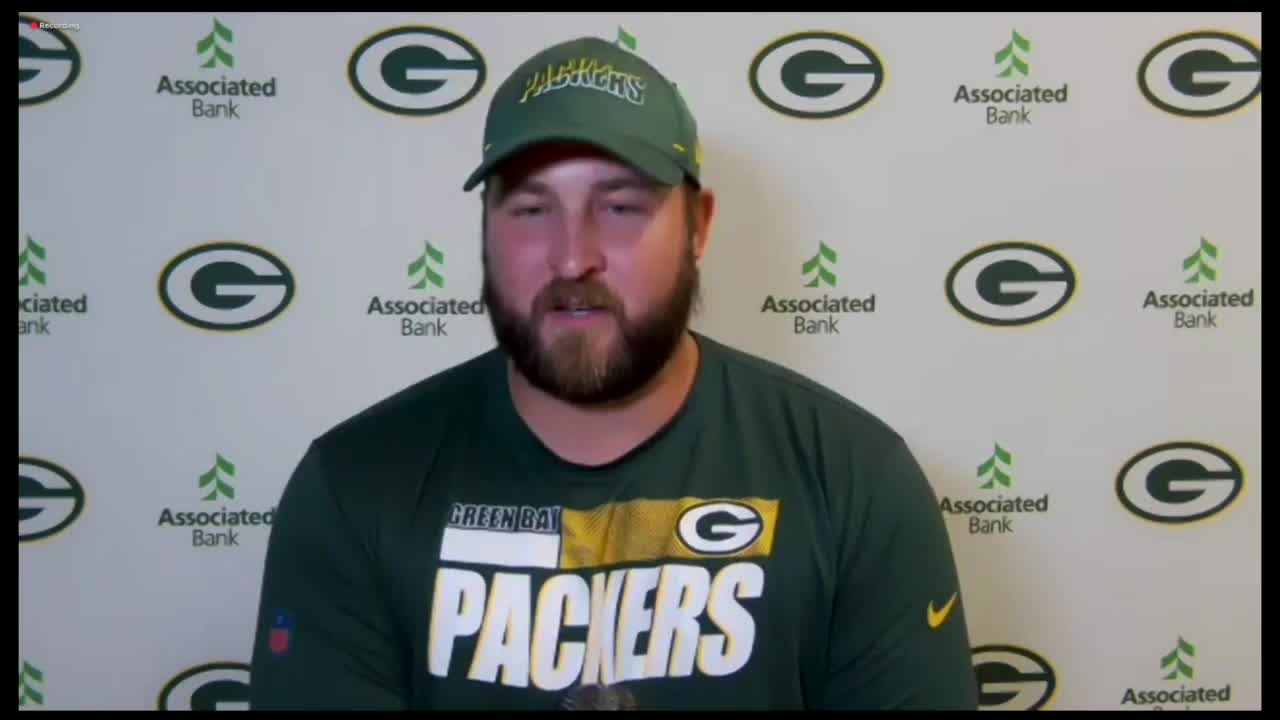 It's a rare club, playing high school, college, and pro football in Wisconsin. West Allis Hale and Badgers product Rick Wagner will soon join the club. And he can't wait.

"Yeah, I mean it's a true honor, getting to play here. You know, I love the state of Wisconsin. You know, I never want to leave, so I'm very happy to be home," Wagner said. "Yeah, and just you know, being close to family is really important to me. You know, I try to just limit my contact to my immediate family, my two kids. My wife. And you know, if I do see my parents we're still socially distant or my wife's parents. You know, we just gotta be smart. Obviously not going to be able to do too many things outside of football this year, but I just wanna keep my bubble as close as possible with my immediate family."

Now Rick Wagner is a mild-mannered, soft-spoken, gentle giant. So I had to ask him. Does he ever get mad? Especially when some says his two-year contract kind of indicates he might be a stopgap right tackle replacement, for Bryan Bulaga.

"I mean everybody gets mad," Wagner said. "I tend to you know, keep my emotions inside. It doesn't matter if it's a two-year deal or whatever. I mean every year is different. So, I mean, it's basically a one year deal every year. No matter what the contract is, you gotta prove yourself every year. You can't just, you can't look in the future. I'm here right now for this year, and then we'll see what happens next year."

Once upon a time, young Rick was the kid on the other side of the fence. And as a kid, he came to training camp, but never attended a regular-season game.

"I was probably 8, 9, or 10. One of those. I was just trying to get anybody. I remember getting a couple of O linemen. I don't know. Nobody too big I don't think, that I, no Brett Favre's or anything so. Just a couple linemen like me," Wagner says.

He's played at Lambeau but now it's in green and gold.