Says reality is Love will be QB at some point 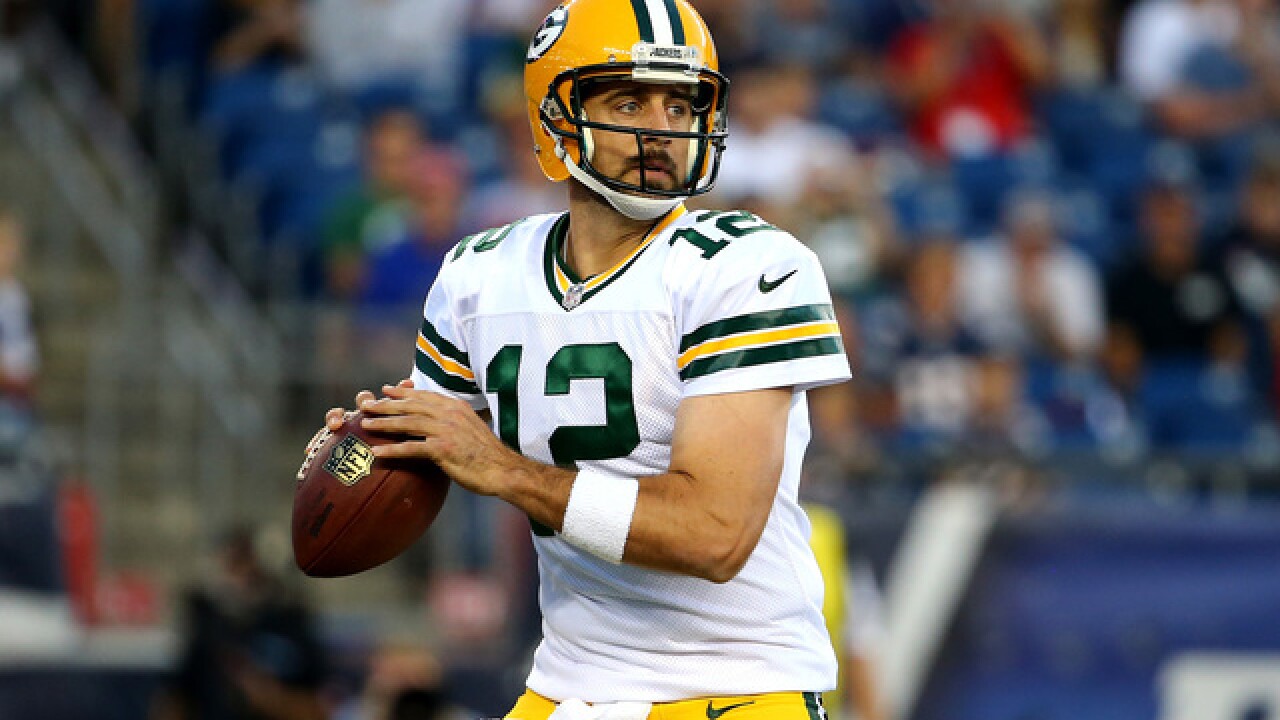 More "bummed" than angry, and fully grasping the evolving professional football landscape, Aaron Rodgers remains convinced that his NFL career is almost surely going to end in a different uniform.

Rodgers reiterated his thoughts in a podcast this week with Kyle Brandt on "The Ringer."

"I understand the nature of the business, but I'm not here abdicating my spot by any means," he said.

The Packers quarterback told Brandt he truly hoped to play his entire career in Green Bay, but that's unlikely now that the Packers traded up to draft Jordan Love with 26th pick in the NFL Draft. Teams rarely use that sort of draft capital unless that player is part of their plan in the near future.

"Just look at the facts," Rodgers told Brandt. "They traded up, they drafted him. Obviously they like him, they want to play him. It's a different environment than 2004.....there wasn't a clamoring to play me, it was normal for quarterbacks to sit."

"Now quarterbacks are playing earlier, it gives some latitude for young coaches and GMs to play their guys and I get it, I really do. I don't harbor any ill-will about it. Was I bummed out? Of course, who wouldn't be? I wanted to play my entire career in Green Bay. I love the city, I grew up there. Really, I got there when I was 21 and now I'm 36. A lot changes during that time."

"I get it. I see it completely clearly, and I'm not bitter at all."

Rodgers also said he thinks despite the similarity in ages, the similarities often drawn between the Packers drafting Love this year and picking Rodgers in the 2005 draft to succeed Brett Favre do not quite hit the mark.

"As much as people want to make parallels, in 2004 the Packers were ten and six and lost in the first round of the playoffs," Rodgers said. "We were 13 and three, one game from the Super Bowl, won a playoff game at home, won the division. It's a little different set of circumstances, not mention Brett had talked about retiring for a few years before that, I've talked about playing into my 40s."

In the podcast, he admits to hoping the Green Bay Packers might select a wide receiver while he watched April's NFL draft, mentioning a few he thought the team might select should they be available: Justin Jefferson (LSU), Tee Higgins (Clemson), Brandon Aiyuk (Arizona State).

Jefferson went 22nd overall to Minnesota, Aiyuk 25th to San Francisco, while Higgins lasted until the second round.

Rodgers has often mentioned his love of scotch, but has enjoyed sipping tequila of late. After getting a text telling him the Packers pick was a quarterback, Rodgers says he poured "about four fingers" and prepared for a night of texts and calls to get his reaction to the Love pick.

The next day, Rodgers called Love.

"I know what he was thinking," Rodgers smiled. "I know what he was going through and the last thing you want is to deal with any negativity going on when you're realizing a childhood dream. I just told him congrats, and that I'm excited to work with him, which I am."