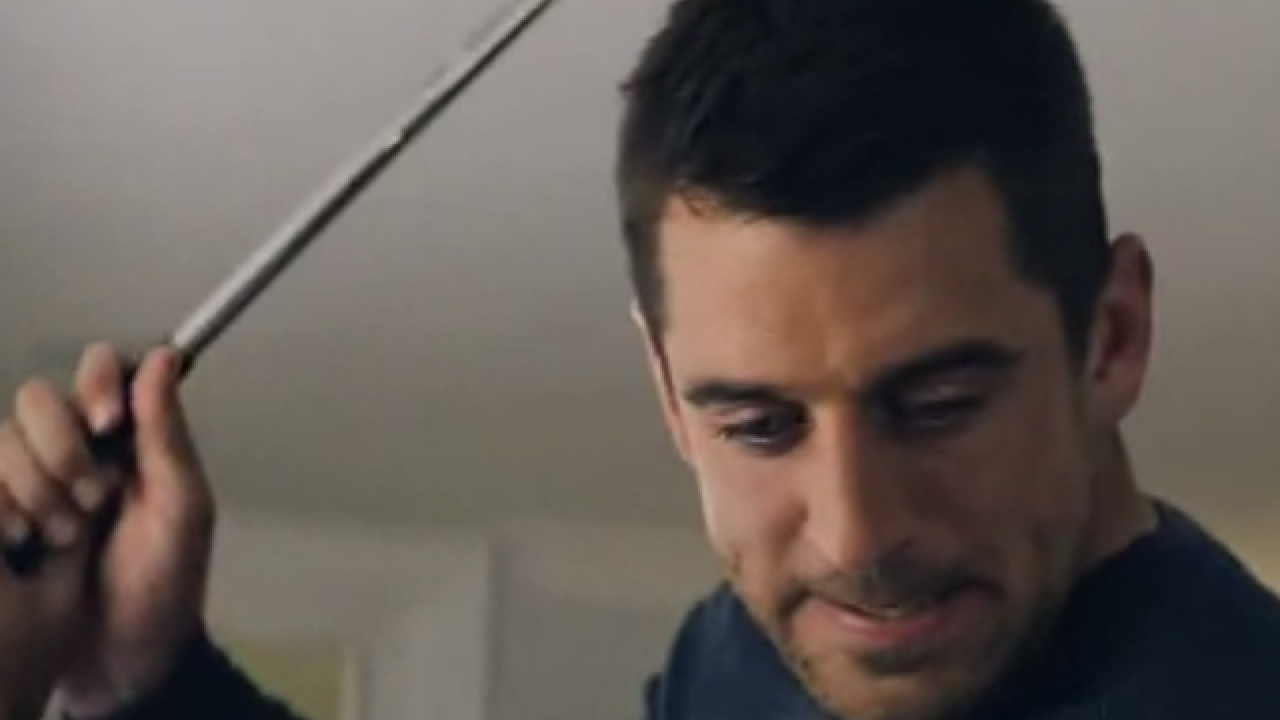 The latest campaign from the insurance company foregoes the signature celebration move - but turns Rodgers into a crazed house fly hunter armed with a golf club instead.

Take a look at the 30-second spot, which recently aired during ESPN2's Fantasy Football Kickoff, according to iSpot TV.

The wait for real football ends soon - the Packers kick off the regular season this Sunday, September 11, on the road against the Jacksonville Jaguars.