McCarthy: "I believe in Brett Hundley" 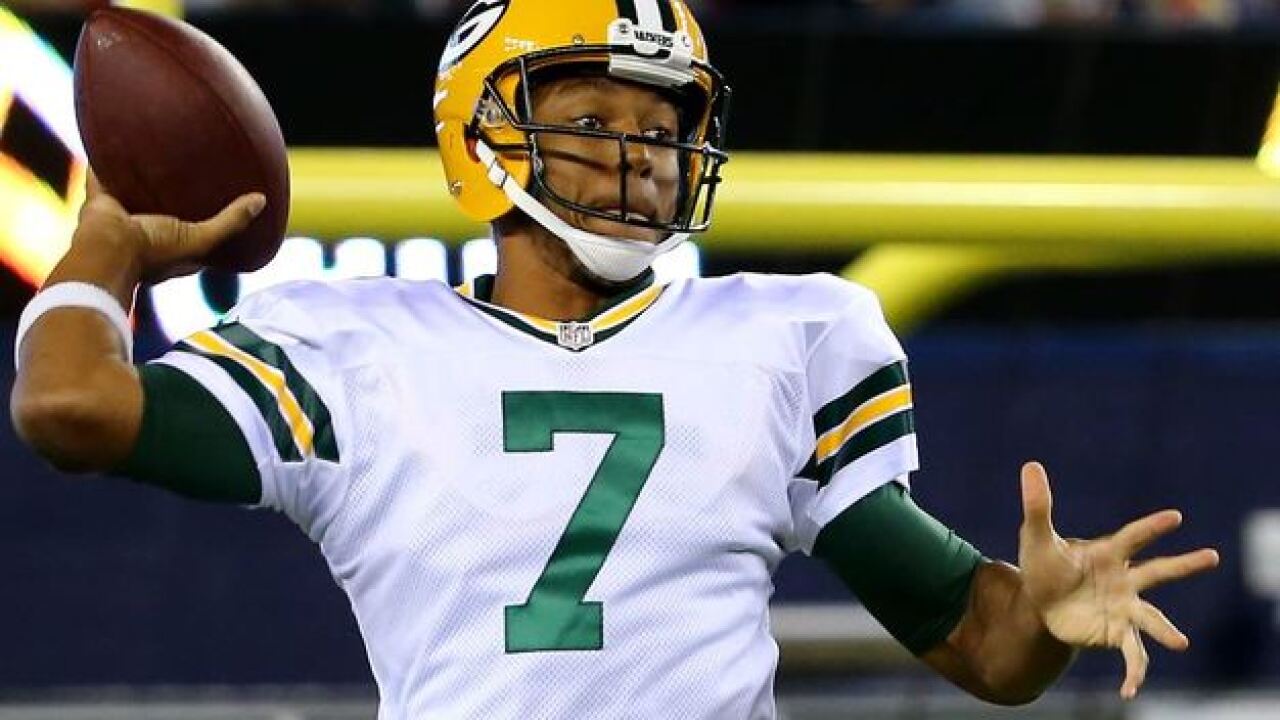 Brett Hundley struggled in 2017. Filling in for a future Hall of Famer player is not an easy task, but should Hundley take the brunt of the blame?

Packers coach Mike McCarthy told reporters at the NFL scouting combine that he isn't giving up on the young quarterback.

“Brett Hundley wasn’t ready for what he needed to be ready for,” ESPN reported. “That’s something that we have to learn from, and that stings.”

McCarthy went on to say the blame shouldn't be put solely on Hundley's shoulders because the people around him should have been better prepared as well.

While fans had some high aspirations for Hundley, he performed pretty predictably, leading the heavily wounded Packers to a disappointing 3-6 record and 18 points per game on offense.

The Super Bowl winning Eagles averaged 29 points per game over the course of the entire season.

Hundley's stat line in 2017 wasn't pretty. On 316 total attempts, he completed 60 percent of his passes for 1836 yards, 9 touchdowns and 12 interceptions. Analytically, he averaged 5.8 yards per attempt and a 70.6 quarterback rating.

Some quarterbacks barely below him in those categories include David Carr, Blaine Gabbert, and Kyle Orton.

But more than just statistics, Hundley's poor performance was glaringly evident on the field -- especially at home.

He did not throw a single touchdown pass on 172 attempts at Lambeau Field in five total starts.

He is the only Packers quarterback to ever go five straight starts without throwing a touchdown pass in Lambeau.

He is the only Packer quarterback in history to throw every pass of a game and be shut out twice in Lambeau during the course of a single season.

The only other packer quarterback in history to throw every single pass of a game and be shut out twice in the same season is Don Majkowski in 1988.

“I believe in Brett Hundley,” McCarthy said. “I do fully recognize that he has a lot of football in front of him. He has a big upside. Our structure and our coaching staff, we need to make sure we maximize that, but we also need to learn from the other parts of the offense that we didn’t do as good as we would have liked, and we’ll learn from that platform. I do believe Brett has a big upside, and looking forward to getting back to work with him.”