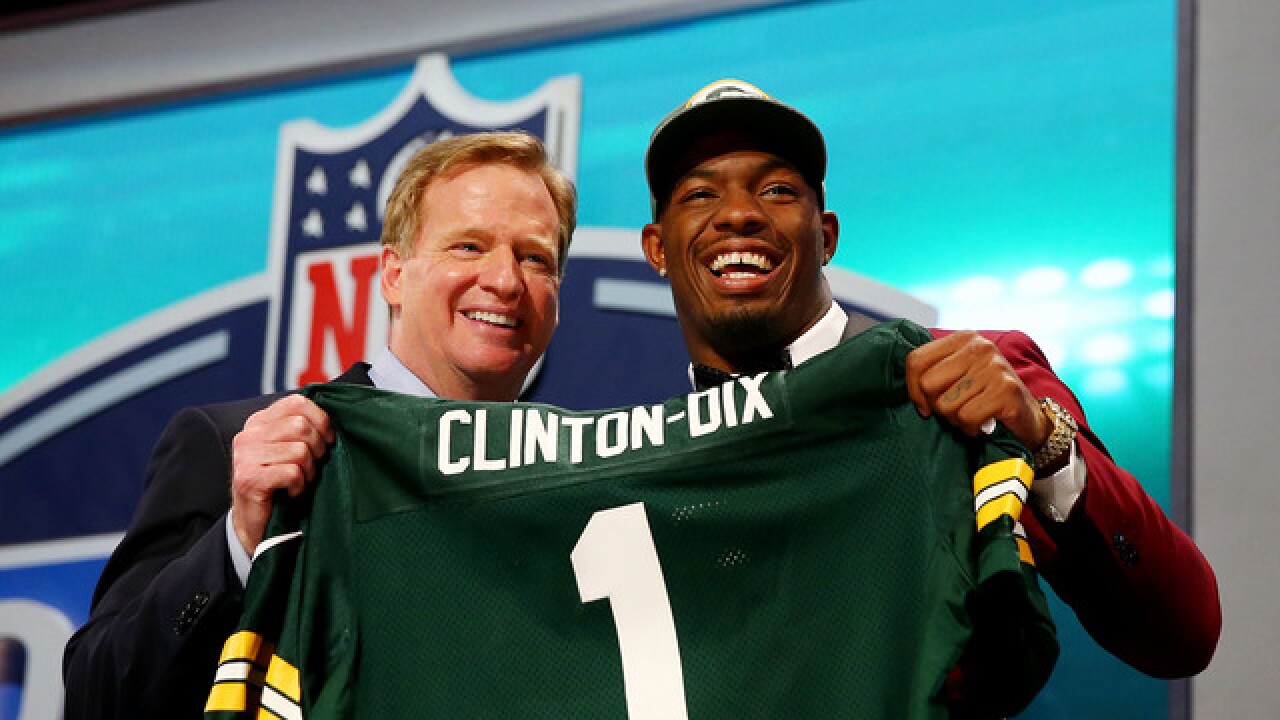 Copyright 2018 Scripps Media, Inc. All rights reserved. This material may not be published, broadcast, rewritten, or redistributed.
Elsa
NEW YORK, NY - MAY 08: Ha Ha Clinton-Dix of the Alabama Crimson Tide poses with NFL Commissioner Roger Goodell after he was picked #21 overall by the Green Bay Packers during the first round of the 2014 NFL Draft at Radio City Music Hall on May 8, 2014 in New York City. (Photo by Elsa/Getty Images)

The Green Bay Packers have been awarded 4 compensatory draft pick in the 2018 NFL draft -- including a fourth-round pick.

This now means the Packers have 11 overall picks in seven rounds.

Green Bay was tied with the Cincinnati Bengals and Dallas Cowboys for the most compensatory picks.

Picks are award based off players a team loses and gains in free agency.

Here is an overview of how the NFL awarded compensatory draft picks today to 15 teams: pic.twitter.com/jsnrYjG7p5

But compensatory picks aren't new for the Packers. Since the 1994 season, Green Bay has had 42 in total. Only Baltimore--with 49--has more.