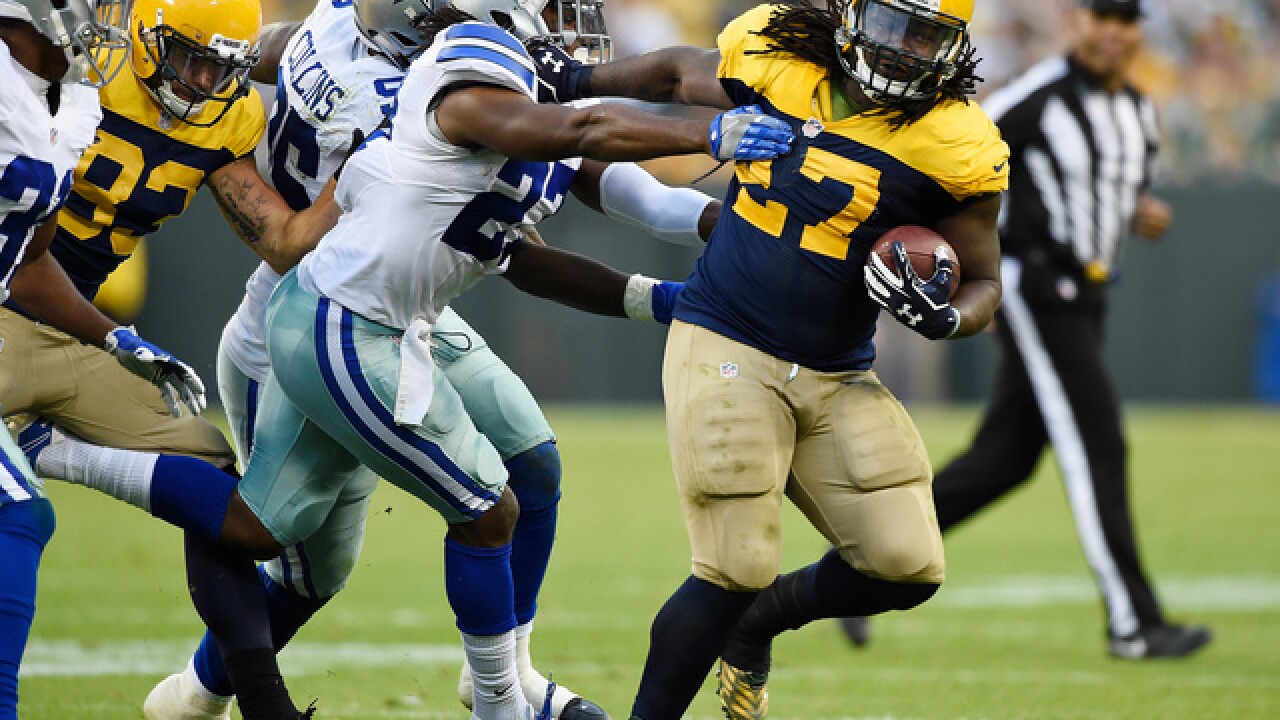 Image copyright 2017 Getty Images. All rights reserved. This material may not be published, broadcast, rewritten, or redistributed.
Hannah Foslien
<p>GREEN BAY, WI - OCTOBER 16: Eddie Lacy #27 of the Green Bay Packers looks to avoid the tackle attempt of J.J. Wilcox #27 of the Dallas Cowboys during the third quarter at Lambeau Field on October 16, 2016 in Green Bay, Wisconsin. The Dallas Cowboys defeated the Green Bay Packers 30-16. (Photo by Hannah Foslien/Getty Images)</p>

Former Packers running back Eddie Lacy weighed in at 253 pounds today, just under the 255-pound limit set by Seattle.

Eddie Lacy weighed in at 253 pounds today, two below the limit the Seahawks set: now collects $55,000 for it.

Lacy will now collect $55,000 as an incentive listed in his contract, according to ESPN's Adam Schefter.

The 26-year-old signed with the Seahawks this past offseason on a one-year, $5.55 million deal.