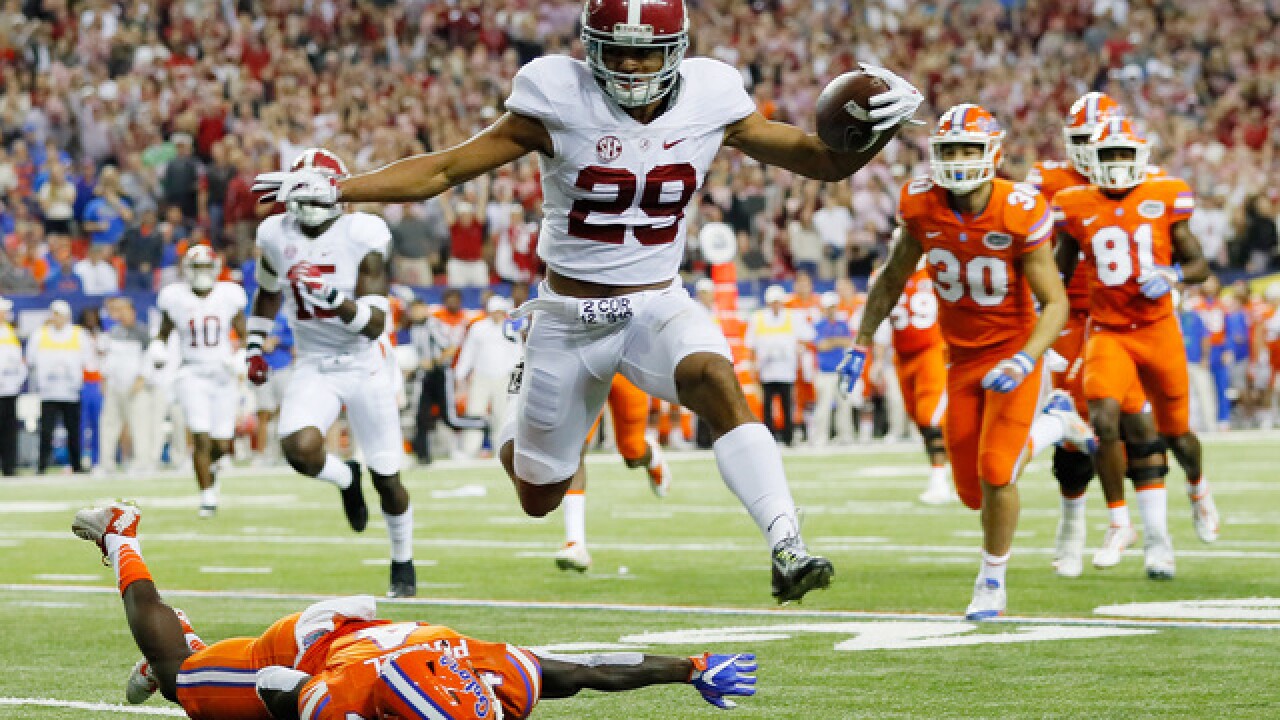 Copyright 2018 Scripps Media, Inc. All rights reserved. This material may not be published, broadcast, rewritten, or redistributed.
Kevin C. Cox
ATLANTA, GA - DECEMBER 03: Minkah Fitzpatrick #29 of the Alabama Crimson Tide returns an interception for a touchdown as Brandon Powell #4 of the Florida Gators defends in the first quarter during the SEC Championship game at the Georgia Dome on December 3, 2016 in Atlanta, Georgia. (Photo by Kevin C. Cox/Getty Images)

With hours to go before the NFL draft, football experts have released their final mock drafts. Take a look at who they have slotted in for the Green Bay Packers' selection at #14 overall.

Fitzpatrick can play safety, cornerback, and is a devastating off the blitz. He's the Jabril Peppers of 2018, expect he's two inches taller and was a three year starter for the Crimson Tide.
Some view his versatility as a plus, some view it as a minus. But for a Packers team begging for secondary help in any way they can get it, Fitzpatrick might be their best option.

Great instincts and blazing speed make the Louisville product tough to pass up. He had a dynamic sophomore season, picking off 5 passes and defending 9, but an injury his junior year saw his stock fall a bit in the eyes of scouts. If Alexander can stay healthy, he could be a be pick-up for the Pack.

The UTSA edge-rusher is a physical freak who rushes the passer with reckless abandon. With Clay Matthews turning 32 this May, Davenport could be the next anchor for years to come.

It's clear the Packers need help at cornerback, and if they can't get their hands on Denzel Ward at the top of the draft, Alexander could provide nice mid-round value.

At 19-years-old, his potential is through the roof, especially considering his production last year. 108 tackles, 14 tackles for loss, 5.5 sacks, and 3 forced fumbles. Plus, he carries his 6-foot-5 frame around at 4.5 40-yard dash speed.

Described as an alpha in the locker room, he was one of the lone bright spots on a dim Florida State season. He's expected to be an instant starter and a guy who can change the culture of a locker room.

The only mock draft where even the suggestion of Silva is thrown out there. He's 6-foot-2, 252 pounds with 4.6 speed off the edge, and racked up 25 sacks over his four year college career. Including, an eye-popping 16.5 sack campaign his junior year.