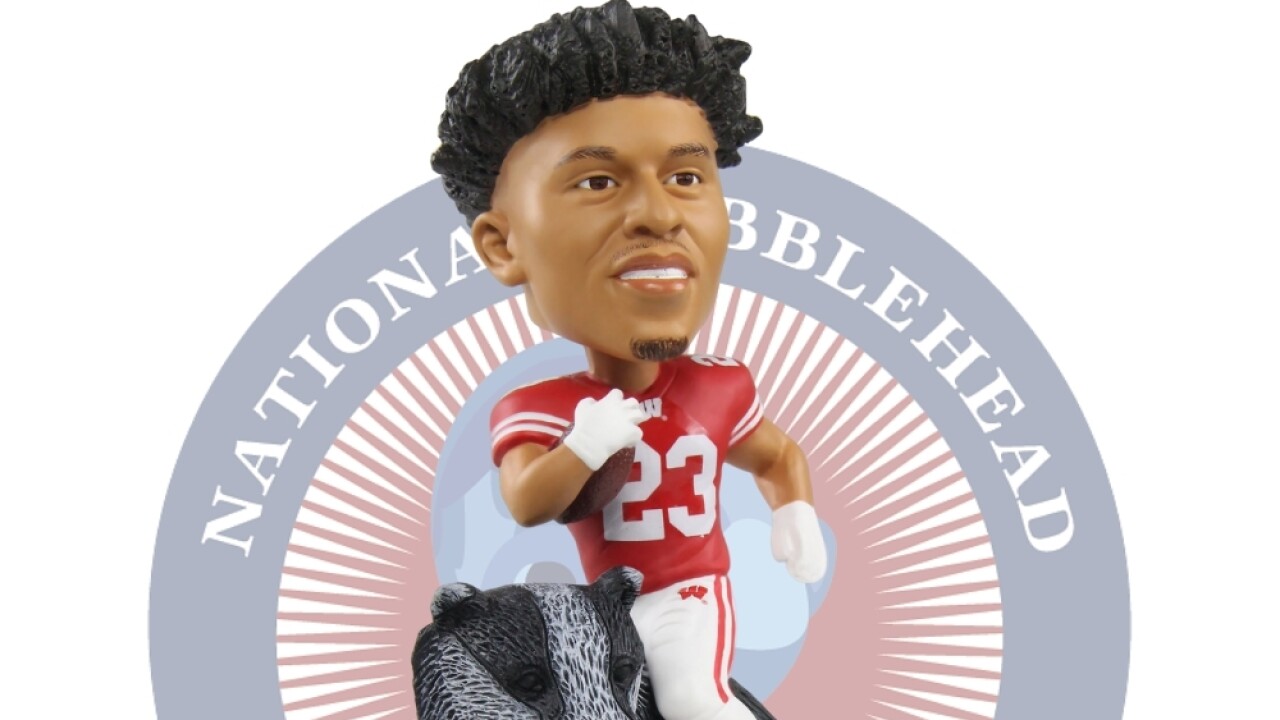 Taylor is the newest edition to the popular Riding Bobblehead Series.

The new bobblehead features Taylor wearing a red number 23 jersey with white pants, holding a football while sitting on top of a fearsome badger. The base of the bobblehead also features the UW-Madison school logo.

The bobbleheads are $40 each plus a flat-rate shipping charge of $8 per order and can be ordered here.

Taylor finished in the top 10 in voting for the Heisman Trophy three times and was a two-time winner of the Doak Walker Award, which is given to the top running back in college football.

"The riding bobbleheads have become some of our most popular and given the excitement for J.J.’s riding bobblehead we thought it would be a fitting for Jonathan’s first bobblehead given his great career at Wisconsin,” National Bobblehead Hall of Fame and Museum co-founder and CEO Phil Sklar said. “Along with being one of the most productive, Jonathan Taylor is one of the most popular Wisconsin players in recent years and I can’t think of a better pairing than JT riding a badger.”