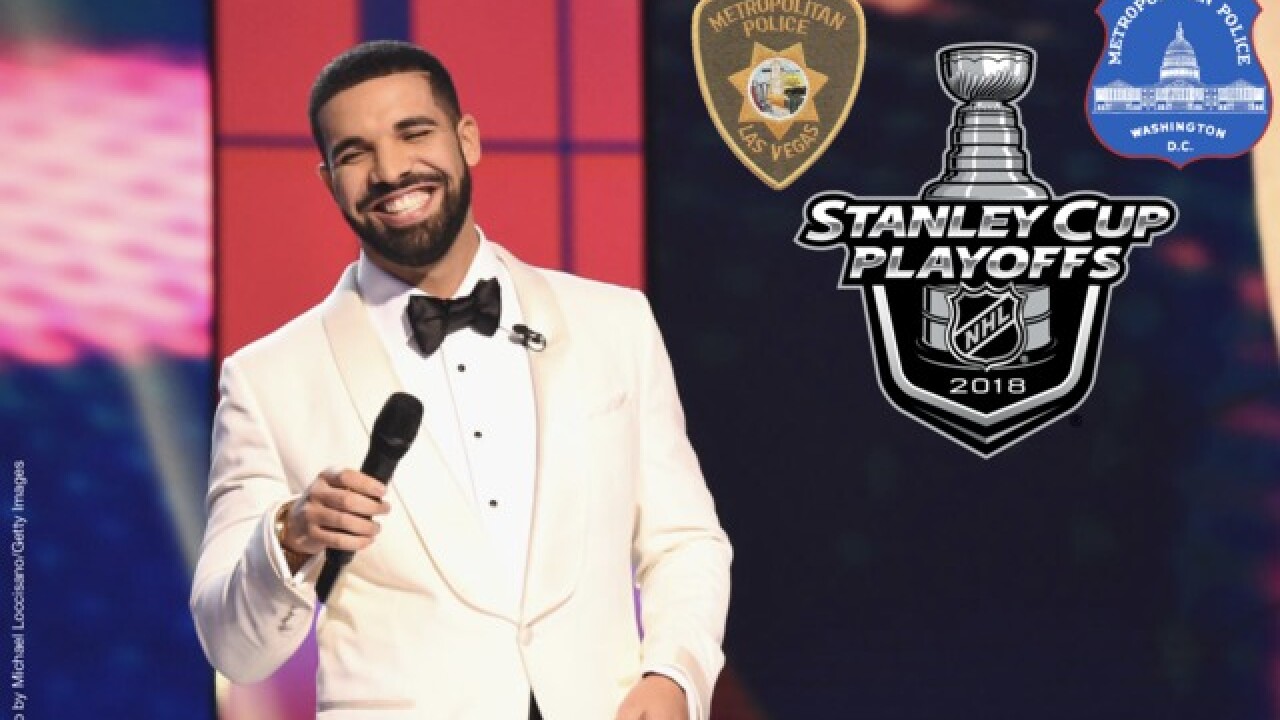 Copyright 2018 Scripps Media, Inc. All rights reserved. This material may not be published, broadcast, rewritten, or redistributed.
Photo by Michael Loccisano/Getty Images

The Las Vegas Metropolitan Police Department's Twitter is the latest Las Vegas-based social media account to get into a little fun natured ribbing with an account from the city of a Vegas Golden Knights opponent.

whether it's fighting crime or winning hockey games... it takes a dedicated team of professionals to be the very best in the world. #lvmpd is honored to help with tonight's historic game 1 of the #stanleycupfinal. @GoldenKnights, we've got your back!! #goknightsgo #nocaps pic.twitter.com/GHyjNQi0Ee

This particular time the LVMPD account was minding its own business and cheering on the home team when the Washington D.C. Police Department decided to take a jab at them.

Such a cute video 👏🏻🤣🤣 but just like your Twitter handle, the Stanley Cup final is #ALLCAPS🏒 @Capitals GO CAPS GO

LVMPD had quite the clever response.

let's not fight. 🤝 instead, let's focus on our similarities. for example, we both have the same number of stanley cups. glad to share this with your team in their 44th year of existence. #welcometoimpossible #goknightsgo #knightup

That's about the time D.C. police thought it'd be cool to use the Drake approach and send them an invoice.

Let's back up really quick. If you aren't into hip-hop or trending topics on social media you may not know how the invoice relates to rapper Drake.

Drake is currently in a rap battle, yes these exist, with a rapper Pusha T. At the end of Drake's diss record, yes these also exist, he threatened to send Pusha an invoice for the free publicity he had received. Pusha said to send it in and Drake tweeted him a copy of the form.

D.C. attempted to do the same but there was one small problem – a typo.

whoa whoa whoa….take it easy. instead of charging us, let’s trade services. for example, you can use our spellcheck on all your outgoing invoices. 🙄 #thinblueline #lvmpdvsdcpd #welcometoimpossible #StanleyCup #stanleycupfinal #goknightsgo #vgkvswsh #VegasBorn #nocaps pic.twitter.com/KPAh5EO6Ho

That's all it took for LVMPD to crush them in this jovial war of words.

The moral of the story, don't mess with Vegas or their Golden Knights!