Reports: Golden State Warriors' Steph Curry out for game in Milwaukee vs. Bucks 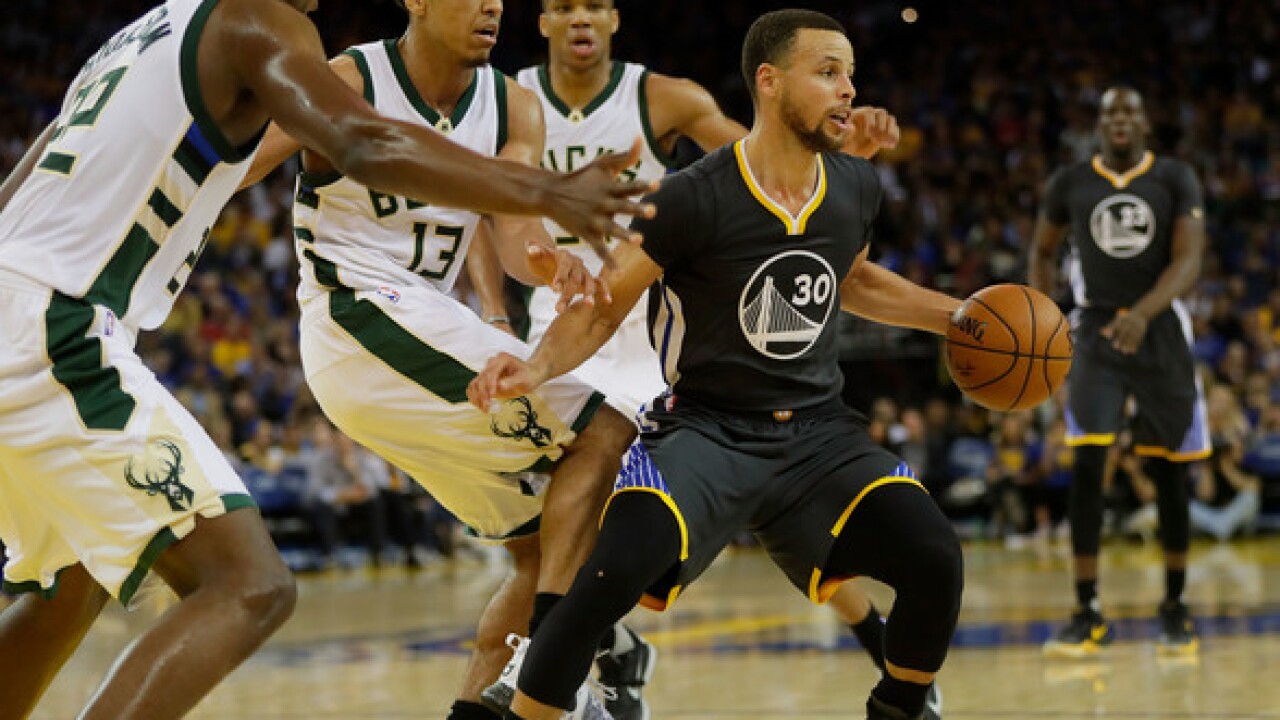 Warriors' guard Stephen Curry has been ruled for tonight's game against Milwaukee, according to multiple media reports.

Steph Curry will not play tonight in Milwaukee.

Prior to Wednesday night's home game against the LA Clippers, the MVP suffered a sprained ankle and was forced to miss the game.

He reportedly slipped and fell during shoot around and aggravated the same ankle that caused him to miss 11 games in December.

Though a video from that practice in Marquette's Al McGuire Center showed positive signs.

However, the Warriors and Curry chose not to test the ankle.

For Bucks fans, the news could be good or bad--depending on the point of view.

On one hand, fans with tickets will certainly be disappointed without the dynamic Curry in action, but on the other hand, his absence could mean a crucial win for a Bucks' team fighting for playoff contention.

In his 14 career games against the Bucks, Curry has averaged 20 points, 6 assists, and has shot 40 percent from 3-point range.

Plus, over the course of the season the Warriors offensive rating is 13 points higher when Curry is on the floor.

Even without Curry, Bucks fans should expect an entertaining game on Friday versus the NBA best 33-9 Warriors that features all-stars Giannis Antetokounmpo, Kevin Durant, Klay Thompson and Draymond Green.

It will be an important test for the 21-18 Bucks who are currently sixth in the Eastern Conference.

It will also be an important bounce back for the Warriors who fell to the Clipppers 125-106 without Curry and Thompson.