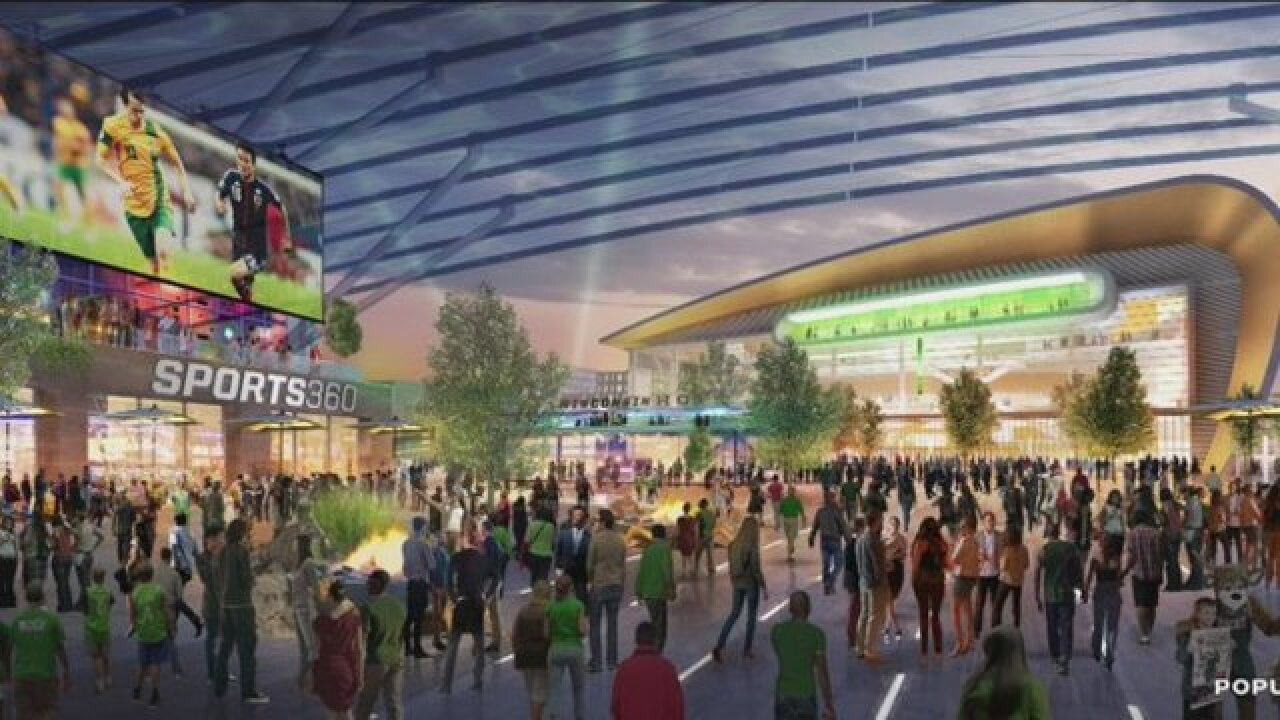 The first shovel will go into the ground for construction of the new Milwaukee Bucks arena by July 31st, according to a report.

The Milwaukee Business Journal says the team and city of Milwaukee have agreed to that start-up deadline, along with a construction deadline of September 2018, in time for the 2018-19 NBA season.

The arena is set to be built just north of the BMO Harris Bradley Center between North 4th and 6th Streets.

The deal was released on Thursday according to reporter Rich Kirchen , but the team and Mayor Tom Barrett signed the deal three days before Christmas.

Other deadlines include, according to the Milwaukee Business Journal:
- Demolition of the current parking structure on 4th and Highland by the end of 2016
- April 2017 for the first shovel in the ground for the live block, public plaza and live block plaza
- The new parking structure to be built by Nov. 1, 2017 (the start of the 2017-18 season)
- Demolition of the BMO Harris Bradley Center by Sept. 30, 2019.