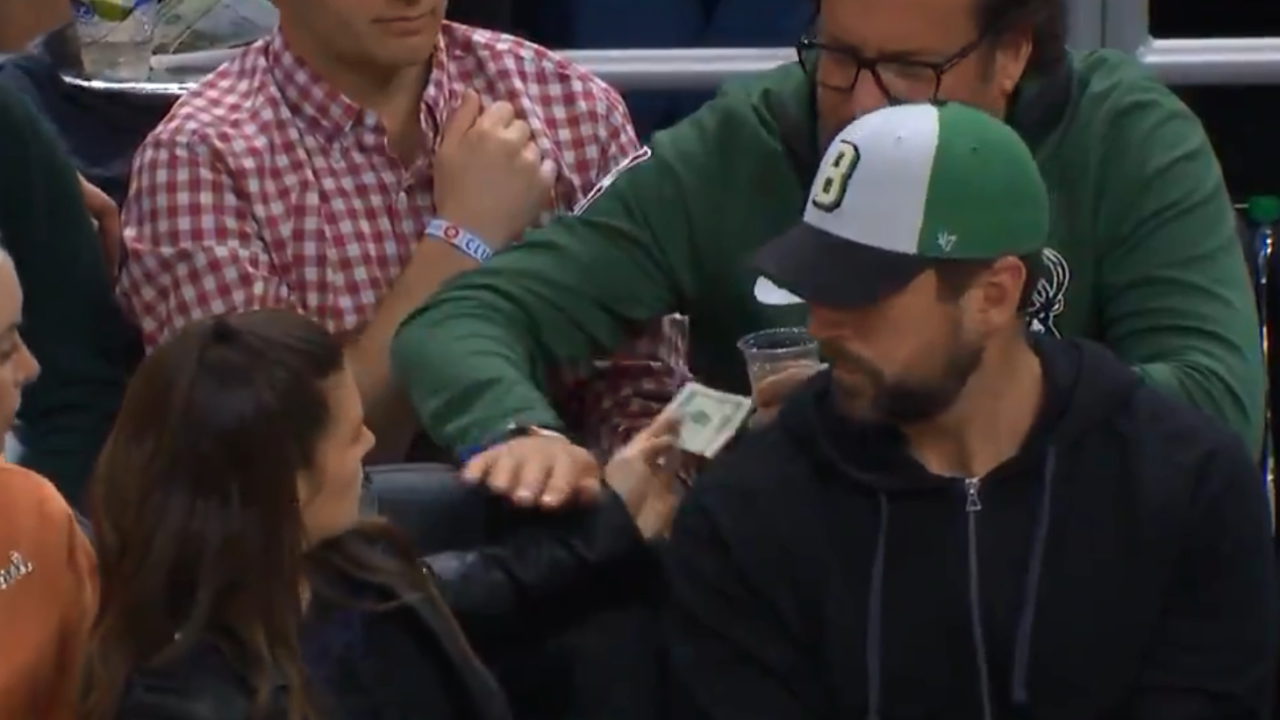 MILWAUKEE -- Fiserv Forum and the Milwaukee Bucks have seen a lot of Aaron Rodgers and Danica Patrick these past few weeks.

Last night during Game 5, Rodgers and Patrick were sitting courtside when cameras caught what looked like a fan attempting to buy her a drink.

Danica Patrick tried to pay for a drink court side but the fan just gave it away for free 😂 pic.twitter.com/jwuXEI0MCm

It turns out that fan is noted Milwaukee developer Rick Barrett, according to 620 WTMJ. Barrett told WTMJ he was trying to cover Danica's tip, since drinks in that section of the arena are already all-inclusive.

"She gave a tip the previous time, so I thought I would do the same on her behalf," Barrett said.

The Eastern Conference finals will start next week at Fiserv Forum.