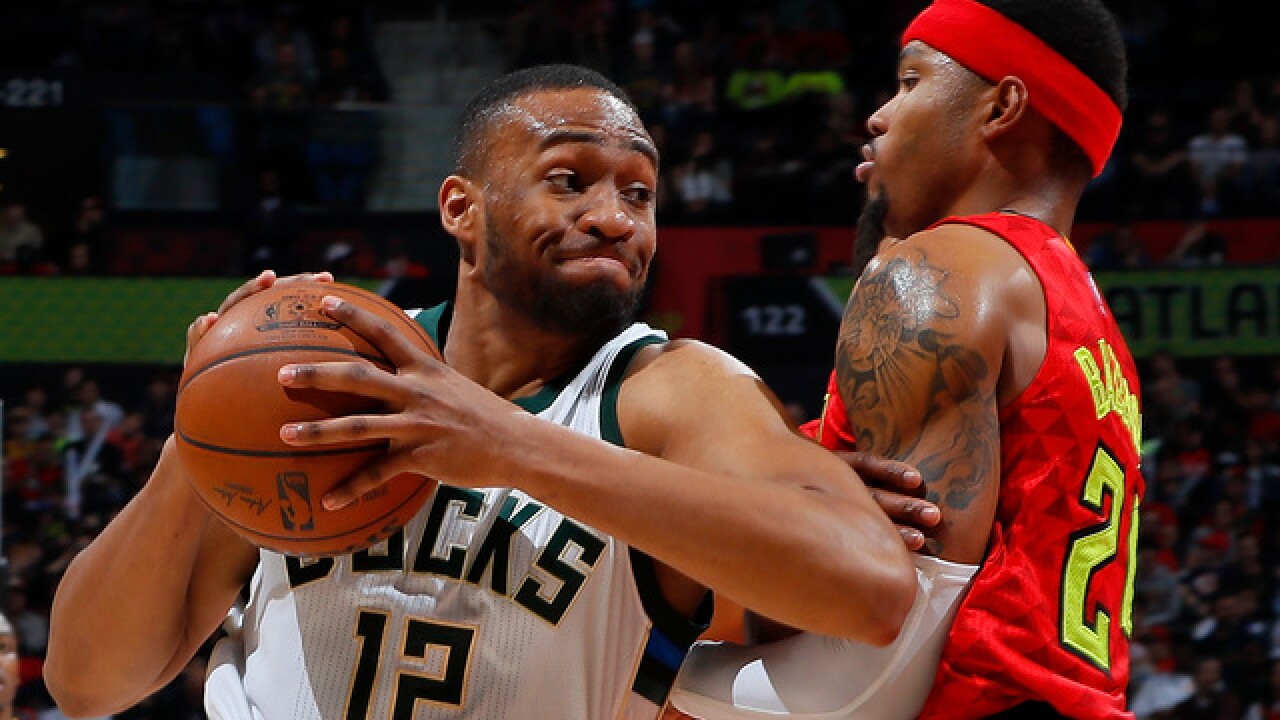 Image copyright 2017 Getty Images. All rights reserved. This material may not be published, broadcast, rewritten, or redistributed.
Kevin C. Cox
<p>ATLANTA, GA - JANUARY 15: Kent Bazemore #24 of the Atlanta Hawks draws a charge from Jabari Parker #12 of the Milwaukee Bucks at Philips Arena on January 15, 2017 in Atlanta, Georgia. NOTE TO USER User expressly acknowledges and agrees that, by downloading and or using this photograph, user is consenting to the terms and conditions of the Getty Images License Agreement. (Photo by Kevin C. Cox/Getty Images)</p>

When Jabari Parker was asked if the Milwaukee Bucks reported extension offer of 3 years with an $18 million per year average was true, Parker reportedly responded with, "I wish."

That report came from ESPN, per the Milwaukee Basketball Hour twitter.

“ESPN reported Milwaukee offered you $18 million per year for your contract extension. Is that true?” - @SparkyRadio “I wish” -Jabari Parker

Four years and two ACL tears ago, Jabari Parker was the second overall pick of the 2014 NBA draft.

He was supposed to be the cornerstone of the Bucks franchise on the rise.

That role leaves his future with the team in question.

“Honestly, it’s uncertain,” Parker said after a practice. “I know that, just looking from afar, [the Bucks] will be fine. But I just have to see what’s going to happen with my future, and that’s uncertain. But I know for them, they’ll be fine regardless. They’ve been doing well.”

Prior to the season, Parker declined a 3 year, $54 million deal on the basis of being low-balled. The same exact deal that was reportedly on the table right now.

The 23-year-old Parker has played in 183 games over his four year career and has averaged 15 points, 5 rebounds and 2 assists per game.

Sunday will be his first even NBA Postseason action.