Giannis Antetokounmpo responds to racist slur used against his brother 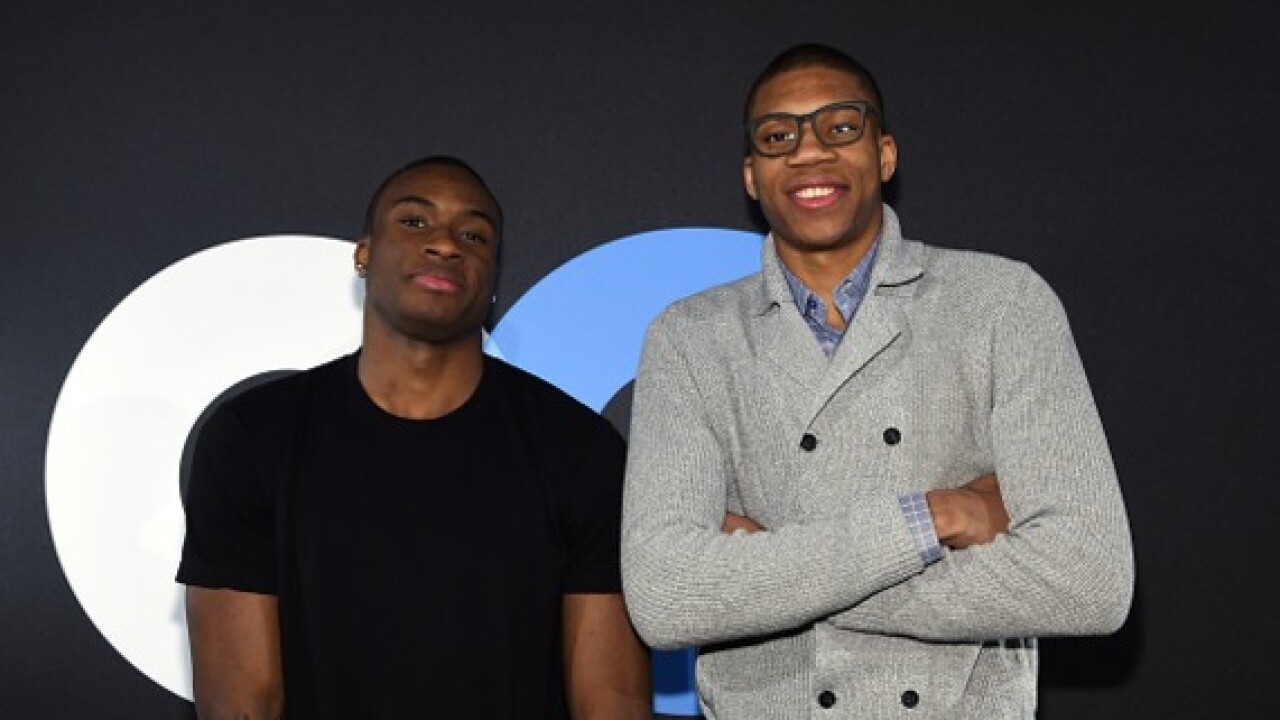 Bucks’ star Giannis Antetokounmpo took to social media late Wednesday night to defend his older brother, who was attacked with a racial slur by a broadcaster in Greece.

Last weekend, a broadcaster for a rival team referred to Thanasis with a racial slur after his Panathinaikos squad trounced them.

“Above everything, Thanasis I want to apologize to you. Because I know that what I’ll write will attract attention to you, which is something I know you don’t want. However, I’m sure that if dad was here, he would be very disappointed if I chose to keep quiet.

I’ve lost sleep the past days because of the racist incident which took place recently. If this could happen to Thanasis, who proudly represents the Greek National Team and Panathinaikos always having a smile, then I can’t imagine what happens to other people of color in Greece. I am deeply saddened and disappointed.

However, we must not let negative comments alter our family and our love for the country, in which we grew up. I and my brothers are Greek/Nigerians and that’s it. We will continue to represent our home country in the best way possible."

"If you go to his biography on Twitter, and on Instagram, I think you’ll see that he talks about family and loyalty," Zeppos said. "What’s in his defense of his brother? Family and loyalty."

"I just think that’s, to me, typically Greek," Zeppos said. "Because we have the phrase that blood is thicker than water, that’s how we look at things. So is it a surprise for Giannis to be defending his brother?  Absolutely not."

Zeppos thinks there's a growing trend of athletes using their positions in the public eye to take a stand against social injustices, like racism.

He said social media is one way they can effectively do that.

"Giannis can control that, completely, and communicate with five million people just like that," he added.