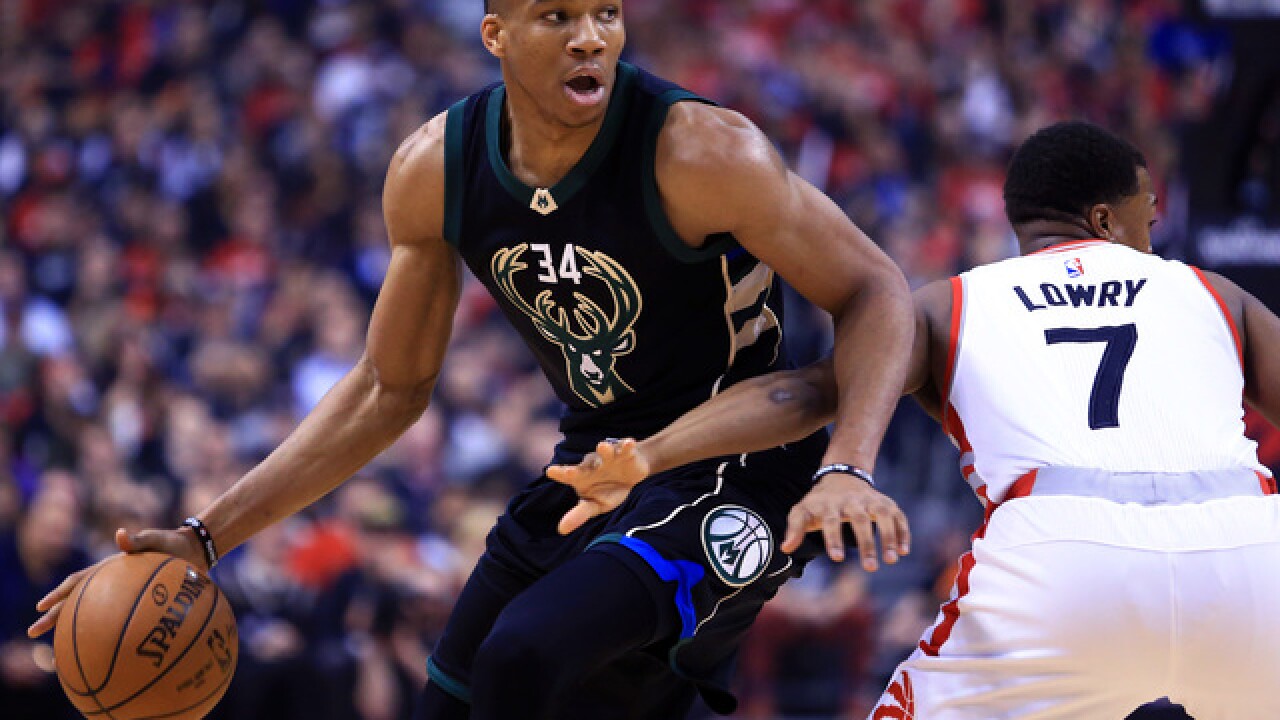 Image copyright 2017 Getty Images. All rights reserved. This material may not be published, broadcast, rewritten, or redistributed.
Vaughn Ridley
<p><strong>4. Giannis Antetokounmpo explodes onto the scene</strong><br /> Giannis had a nice breakout at the end of the 2015-16 season, but no one saw this type of player emerging so soon. Antetokounmpo became just the fifth player in history to lead his team in points, rebounds, assists, blocks, and steals.</p>

RAFINA, Greece (AP) — Wildfires raged through seaside resorts near the Greek capital, torching homes, cars and forests and killing at least 50 people, authorities said Tuesday. Twenty-six of the dead were believed to be groups of families or friends who were found huddled together, some of them hugging.

Rescue crews were searching the charred remains of homes and cars in the deadliest of the fires, the one in the Rafina area northeast of Athens, and there were fears the death toll could rise. More than 170 people were treated in hospitals for injuries including burns.

Giannis Antetokounmpo, who grew up in severe poverty in Greece, posted this on Instagram and Twitter last night.

That translates to "There are no words of huge shock. Condolences to the families of the people we lost. Huge respect for those who're so many lives risking their own. I wish we could stay together and never forget... #PrayForGreece."

Antetokounmpo also tweeted out a link of the list of people still missing.

"It happened very fast. The fire was in the distance, then sparks from the fire reached us. Then the fire was all around us," said resident Nikos Stavrinidis, who had gone with his wife to fix up his summer home for a visit by his daughter.

Stavrinidis, his wife and four friends swam out into the sea to escape the smoke, but they quickly became disoriented, losing sight of the shore and being swept out further by the wind and currents.

Two of the group didn't survive.

The head of Greece's Red Cross, Nikos Oikonomopoulos, told Skai television that a Red Cross rescue team found 26 bodies in a compound northeast of Athens, some of them clutching each other in groups of threes and fours.

"Everything happened in seconds," said Andreaas Passios, who lives next to the compound. "I grabbed a beach towel. It saved my life. I soaked it, grabbed my wife and we ran to the sea."

In all, 47 brush and forest fires broke out across Greece on Monday and early Tuesday, with most of them quickly extinguished, the fire department said. Ten were still burning late Tuesday morning, including blazes in Corinth, Crete and in central and northern Greece.

More than 400 firefighters and volunteer firefighters were battling the two fires near Athens, supported by seven water-dropping helicopters and three aircraft.

Forest fires are common in Greece during the hot, dry summers, and temperatures recently reached up to 40 degrees Celsius (104 Fahrenheit).

In 2007, more than 60 people were killed when huge fires swept across the southern Peloponnese region.