Giannis Antetekounmpo a finalist for Most Improved Player 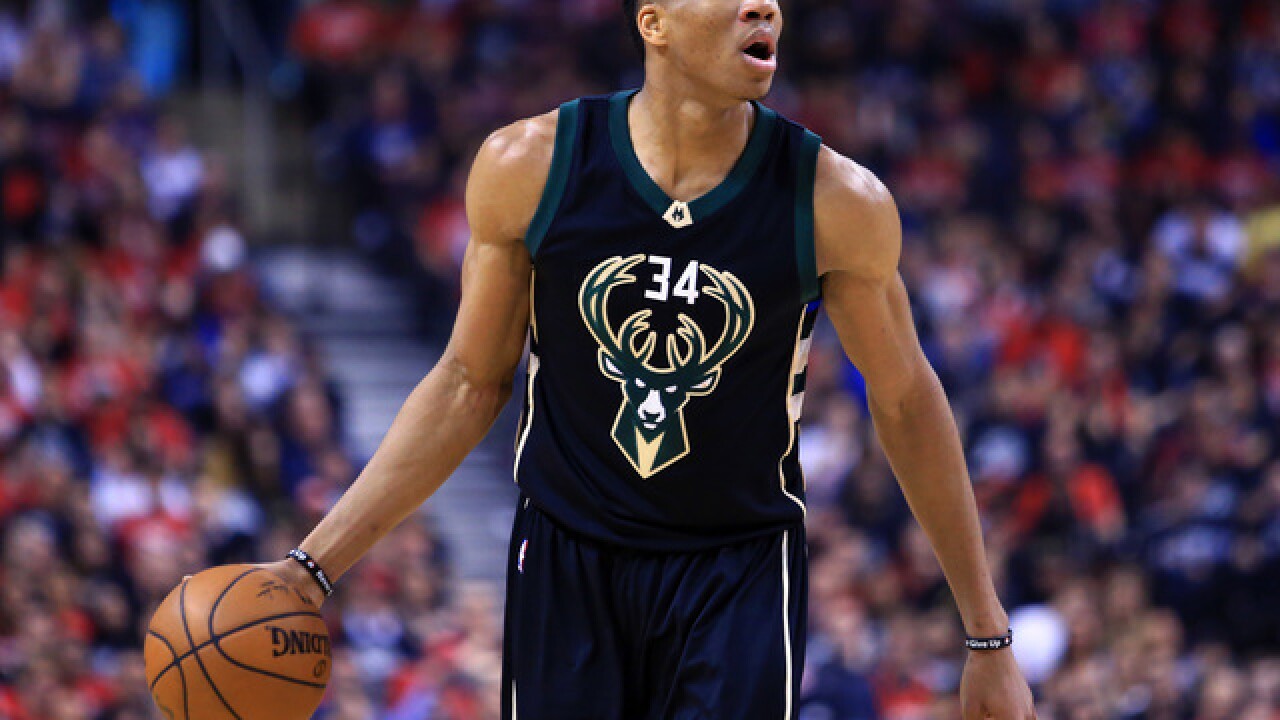 Image copyright 2017 Getty Images. All rights reserved. This material may not be published, broadcast, rewritten, or redistributed.
Vaughn Ridley
<p>TORONTO, ON - APRIL 15: Giannis Antetokounmpo #34 of the Milwaukee Bucks dribbles the ball in the first half of Game One of the Eastern Conference Quarterfinals against the Toronto Raptors during the 2017 NBA Playoffs at Air Canada Centre on April 15, 2017 in Toronto, Canada. NOTE TO USER: User expressly acknowledges and agrees that, by downloading and or using this photograph, User is consenting to the terms and conditions of the Getty Images License Agreement. (Photo by Vaughn Ridley/Getty Images)</p>

Milwaukee Bucks forward Giannis Antetokounmpo was named to the All-NBA second team over the weekend, and now is a finalist for the NBA's Most Improved Player award.

Antetokounmpo averaged 22.9 points, 8.8 rebounds, and 5.4 assists for the Bucks this season, and became just the fifth player in NBA history to lead his team in all five major categories.

The 22-year-old's numbers increased the board. Antetokounmpo averaged more points, rebounds, assists, blocks, and steals per game, and improved his shooting percentage from the field, the three-point line, and the charity stripe.

The winner will be revealed on June 26.