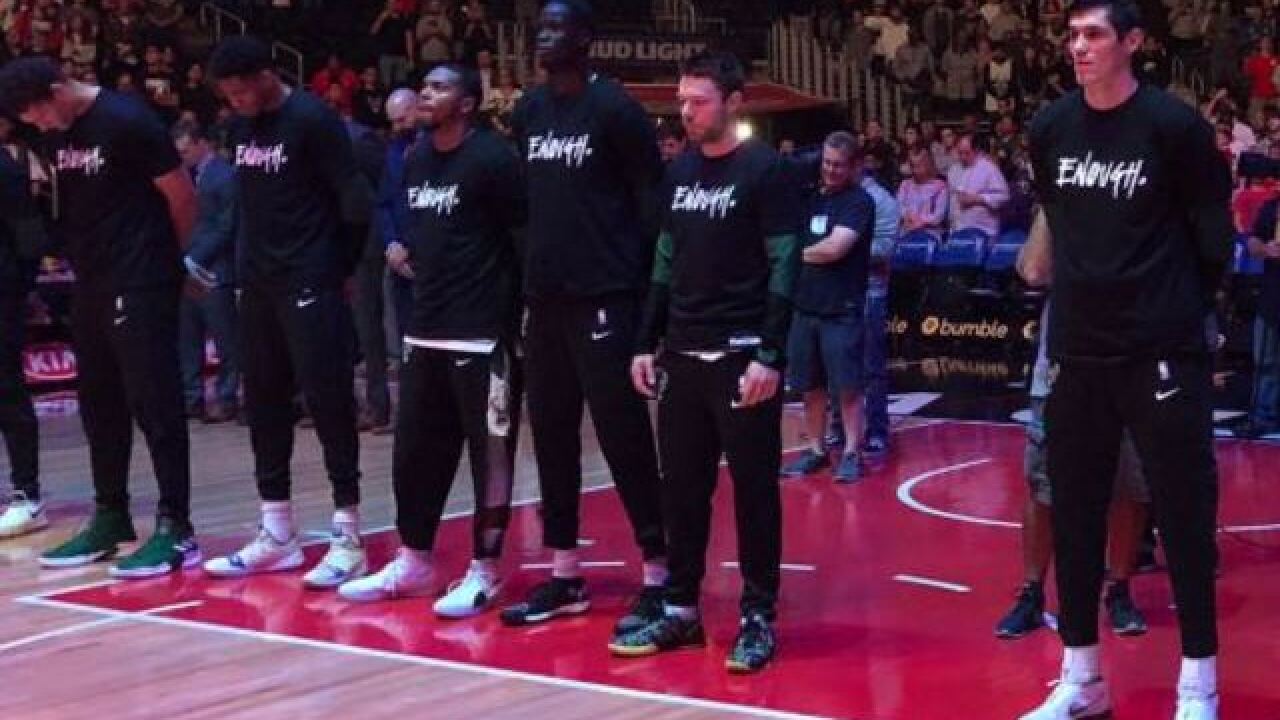 The team's warm-up t-shirts listed the names of the twelve victims, with the front stating "Enough."

The game began with a moment of silence to honor those that lost their lives in the early hours of Thursday morning at the Borderline Bar and Grill when a gunman entered and began firing rounds from  a .45-caliber Glock 21 with an extended magazine.

A moment of silence for the 12 people who lost their lives in the Thousand Oaks shooting earlier this week.

The gunman, who killed himself at the scene, has since been identified as a 28-year-old former U.S. marine.