Boston Celtics coach Brad Stevens on the Bucks: 'They're better than we are' 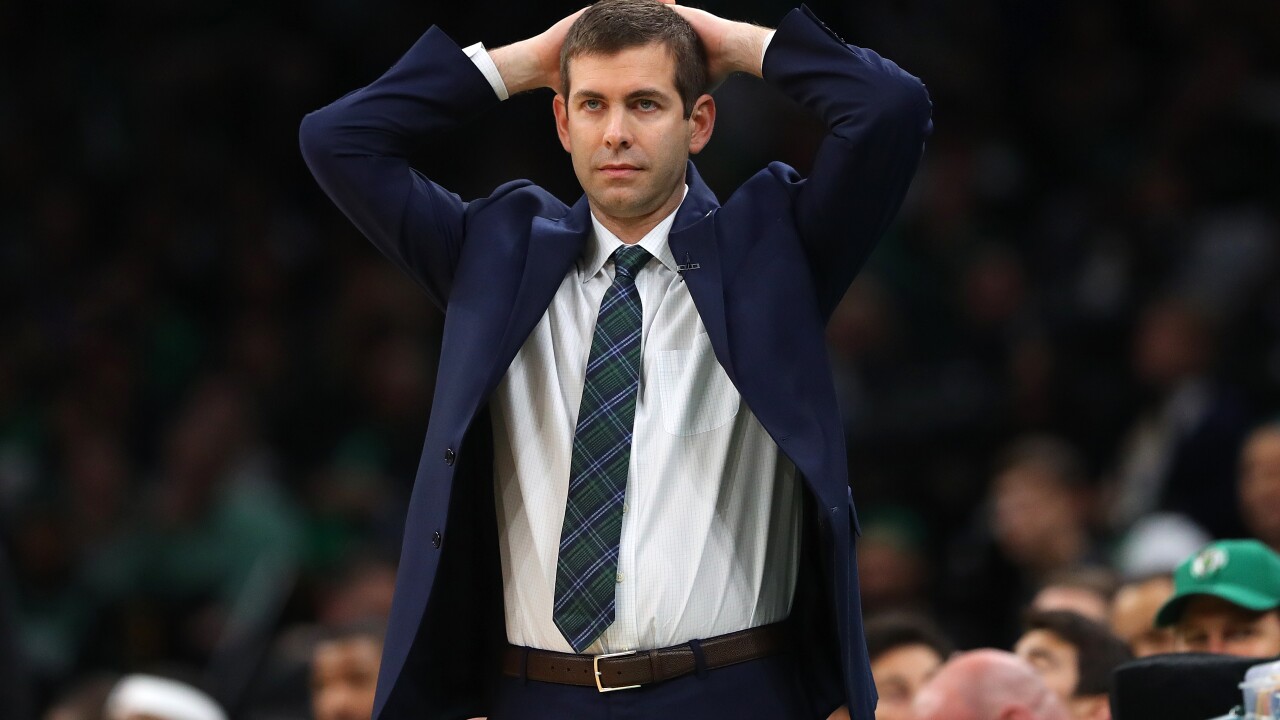 Maddie Meyer/Getty Images
BOSTON, MASSACHUSETTS - MAY 03: Boston Celtics head coach Brad Stevens reacts during the second half of Game 3 of the Eastern Conference Semifinals of the 2019 NBA Playoffs at TD Garden on May 03, 2019 in Boston, Massachusetts. The Bucks defeat the Celtics 123 - 116. (Photo by Maddie Meyer/Getty Images)

MILWAUKEE -- Game 5 of the 2019 Eastern Conference semifinals is one most of Boston will want to forget, but not Head Coach Brad Stevens.

In his post game press conference, Stevens praised the Milwaukee Bucks for their "tremendous" play all series.

Stevens added that they make a teaching video on fundamentals before each season and that the Bucks will be all over it.

Brad Stevens: “They’re better than we are and they earned that.”

Said the Celtics make a teaching video before each season and that the Bucks would be all over the one next year. Called them, “tremendous.”

It was a complete collapse for the Celtics, but a lot of that is because of how dominant the Bucks played on both ends of the court.

The Bucks are moving on to the Eastern Conference Finals.

They will play the winner of the Philadelphia 76ers versus Toronto Raptors series.