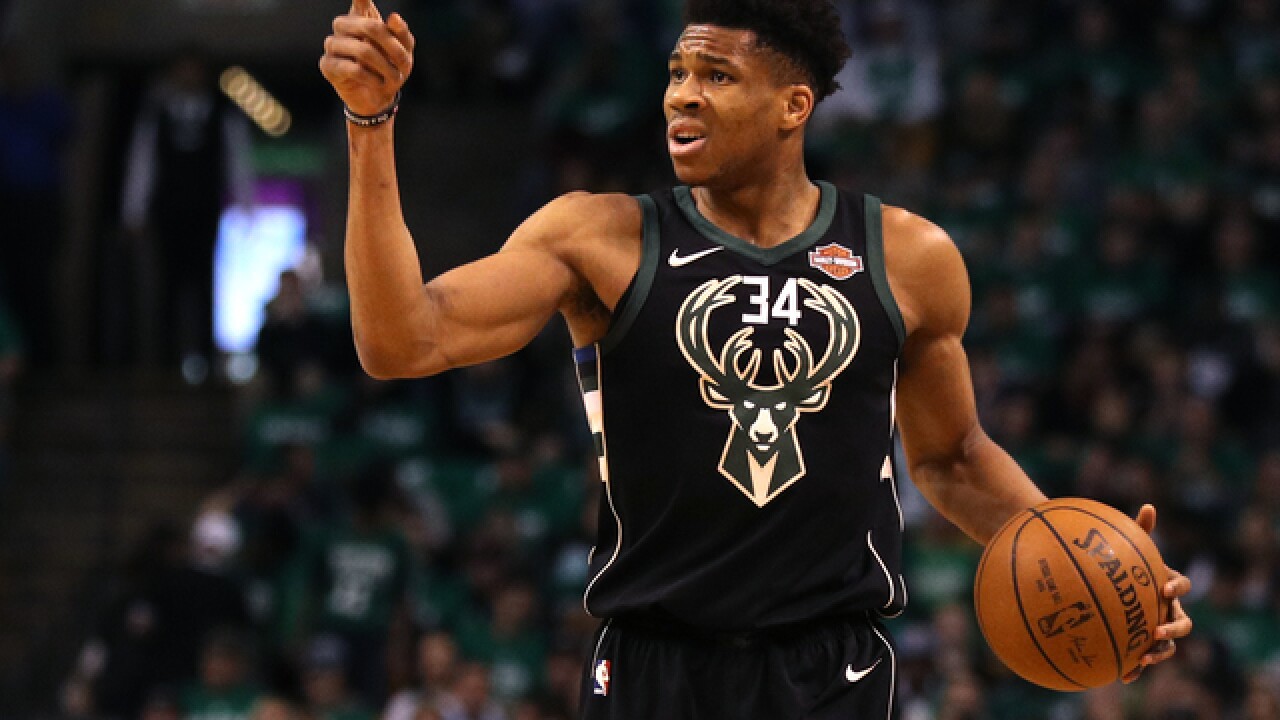 Copyright Getty Images
Maddie Meyer
<p>BOSTON, MA - APRIL 17: Giannis Antetokounmpo #34 of the Milwaukee Bucks dribbles against the Boston Celtics in the first quarter of Game Two in Round One of the 2018 NBA Playoffs at TD Garden on April 17, 2018 in Boston, Massachusetts. (Photo by Maddie Meyer/Getty Images)</p>

No worries, Milwaukee Bucks fans – we'll get 'em on Thursday! And you'll get free tacos, win or lose! All day on Friday, April 27th, get to any BelAir location and snag one free bonus taco with your purchase. Bring it on home, boys! https://t.co/EXwckNH0tU

With the purchase of one taco, fans can go to any of the six locations in Wisconsin to pick up a second one for free.

In a Facebook post on Sunday, Bel-Air, while apologizing for not seating Giannis Antetokounmpo when he came in after the game, was offering free tacos only if the Bucks won on Thursday.

But some negative fan reactions caused them to change their tune.

"Free tacos if they win?" a Facebook commenter, Mandeep Chadla said. "You should be begging people to come in with free tacos after this."

Mathias Coleman Jr. added, "Only if the Bucks win the series ... to try to make a profit off it is just wrong."

However, some Bucks fans were understanding of the incident, saying Giannis should not have gotten special treatment over other customers.

"Whomever the manager or owner is, you should not have to apologize," Alyssa Bucholz said. "From what I have heard, there was no available seating in the restaurant at the time. You do not kick people out so that others may sit."

Regardless of Milwaukeeans stance on the issue, Bel-Air is still giving out tacos, so it's a win-win for everyone involved.