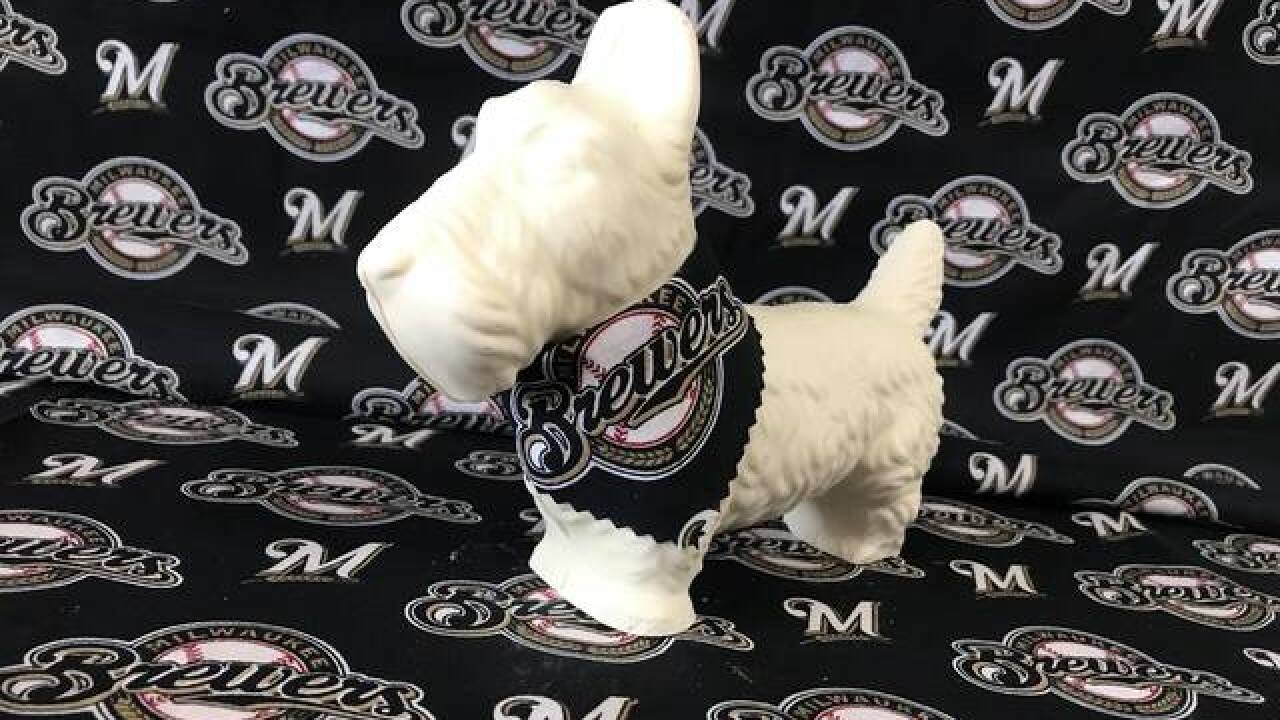 Niemann's Candies and Chocolate in Wauwatosa unveiled a chocolate Hank the Ballpark pup to celebrate the return of Brewers baseball.

Covered in white confectioners coating to mimic his furry coat, the 1.5 pound, solid chocolate Hank--available in either dark, milk or white chocolate-- can be purchased throughout the 2018 season and costs $29.95.

Back in February 2014, when the Brewers were down in Maryville for Spring Training, Hank was a stray puppy that kept showing up at the Brewers facility and quickly captured the hearts of fans everywhere.

Since then, he's had a bobblehead night, a dog house built for him in Miller Park, and a full-size mascot made in his likeness.

Now, he finally has his own chocolate. You can learn more about the Hank chocolate and other candies on Niemann's website.