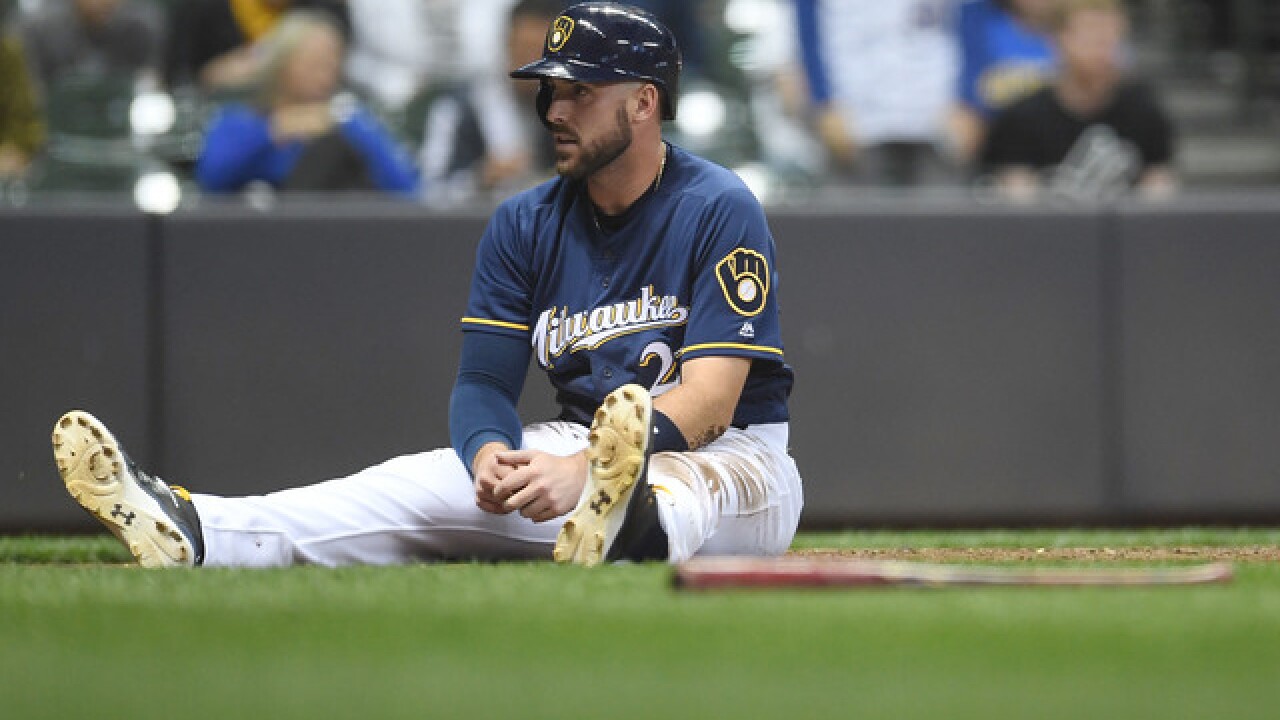 Copyright 2018 Scripps Media, Inc. All rights reserved. This material may not be published, broadcast, rewritten, or redistributed.
Stacy Revere
MILWAUKEE, WI - SEPTEMBER 27: Travis Shaw #21 of the Milwaukee Brewers reacts after being tagged out at home plate during the fourth inning of a game against the Cincinnati Reds at Miller Park on September 27, 2017 in Milwaukee, Wisconsin. (Photo by Stacy Revere/Getty Images)

Shaw was initially hurt after he fouled a ball of his foot during his first at-bat of the night that ended in a strikeout.

Hernan Perez replaced him defensively at third base during the next half inning.

With Ryan Braun in the lineup tonight, Brewers fans had to feel like the team was finally getting healthy again, but Shaw's exit adds to the rash of injuries that's plagued the NL central division leading club thus far.

Following his impressive 2017 campaign, Shaw got off to a slower start in 2018.