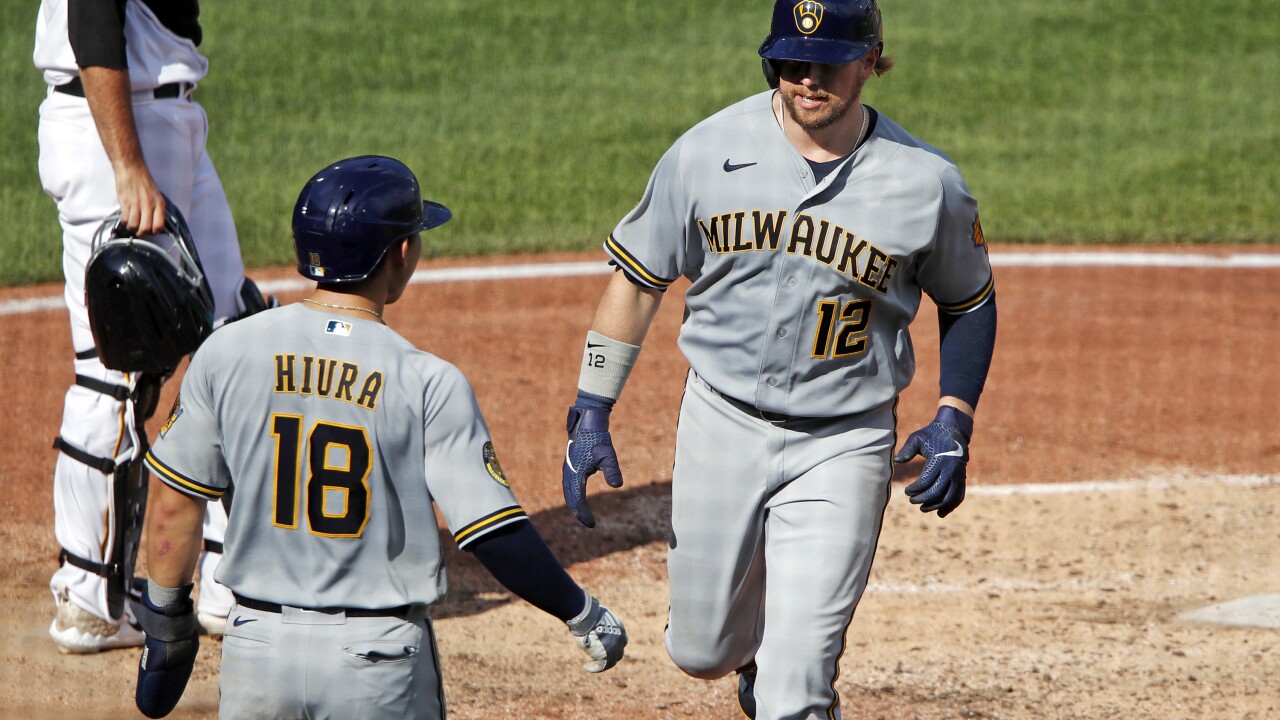 Gene J. Puskar/AP
Milwaukee Brewers' Justin Smoak (12) celebrates with Keston Hiura as he heads for the dugout after hitting a two-run home run off during the sixth inning of a baseball game in Pittsburgh, Sunday, Aug. 23, 2020. (AP Photo/Gene J. Puskar)

PITTSBURGH (AP) — Slumping Gregory Polanco’s bat showed signs of life for a second straight day as his two-run home run in the eighth inning lifted the Pittsburgh Pirates to a 5-4 victory over the Milwaukee Brewers and a three-game series sweep.

Polanco connected off David Phelps for his fourth homer of the season and finished 2 for 3 with a walk.

It was Polanco’s second two-hit game in as many days, lifting his batting average from .085 to .151. The Pirates nearly doubled their season win total in one weekend.

They entered the series with a 4-17 record, worst in the major leagues.