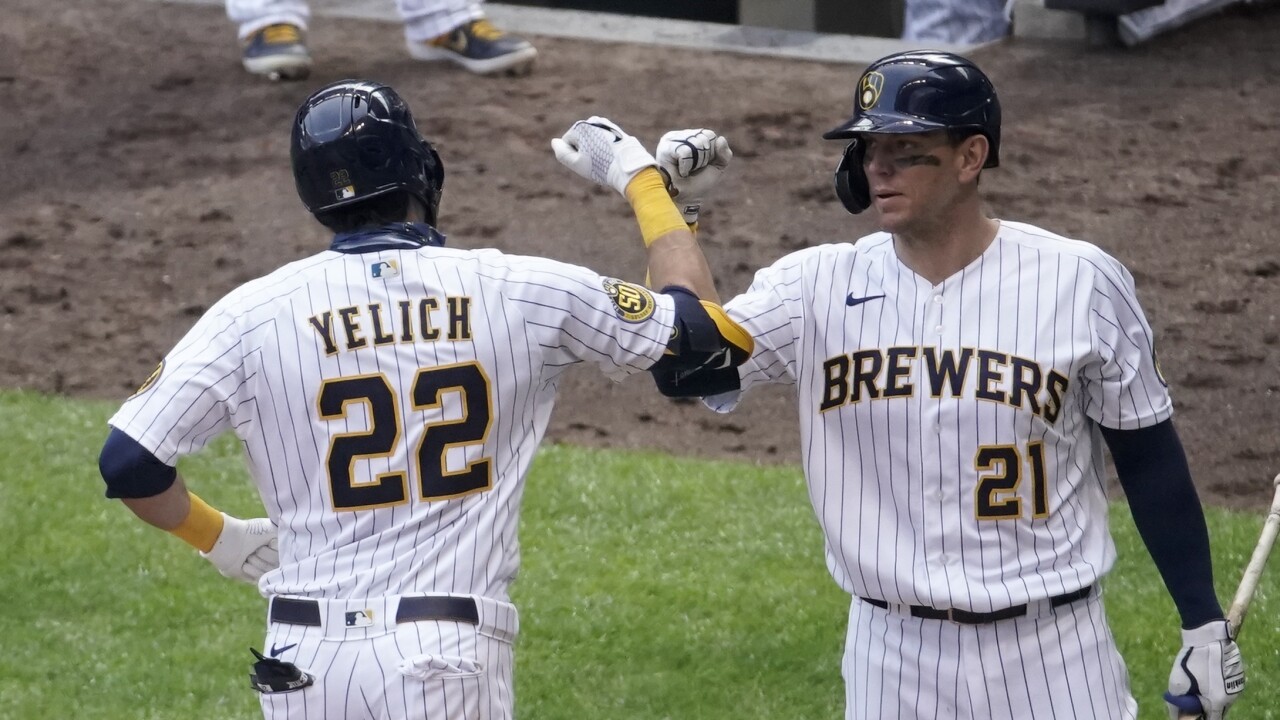 MILWAUKEE (AP) — Christian Yelich homered, tripled and drew a bases-loaded walk as the Milwaukee Brewers rallied to beat the Cincinnati Reds 9-3 on Sunday for their first home victory.

The Brewers avoided falling to 0-5 at home for the first time since 1970, the franchise’s inaugural season in Milwaukee.

The Brewers' slumping lineup delivered a smashing performance in the late innings.

Justin Smoak delivered hits from each side of the plate during a six-run rally in the sixth.

The Brewers poured it on with back-to-back homers from Keston Hiura and Yelich in the seventh.

Milwaukee will next take on the Minnesota Twins at 7:10 p.m. Monday at Miller Park.