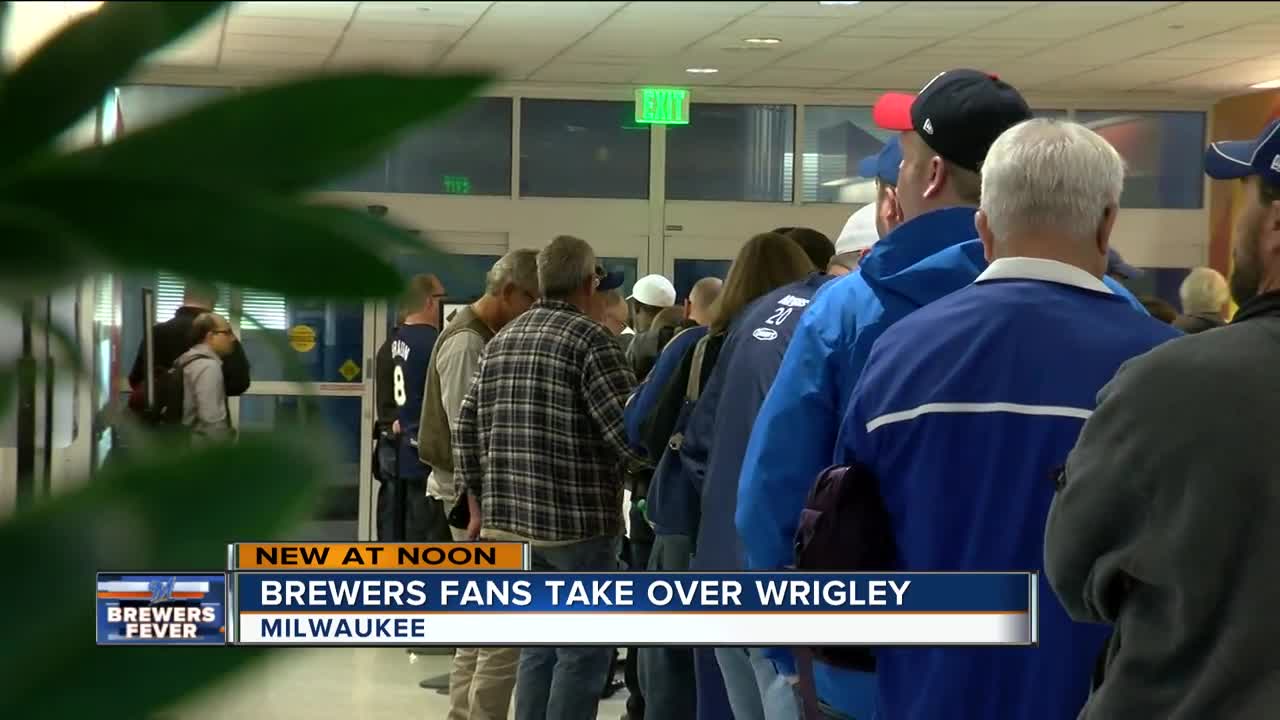 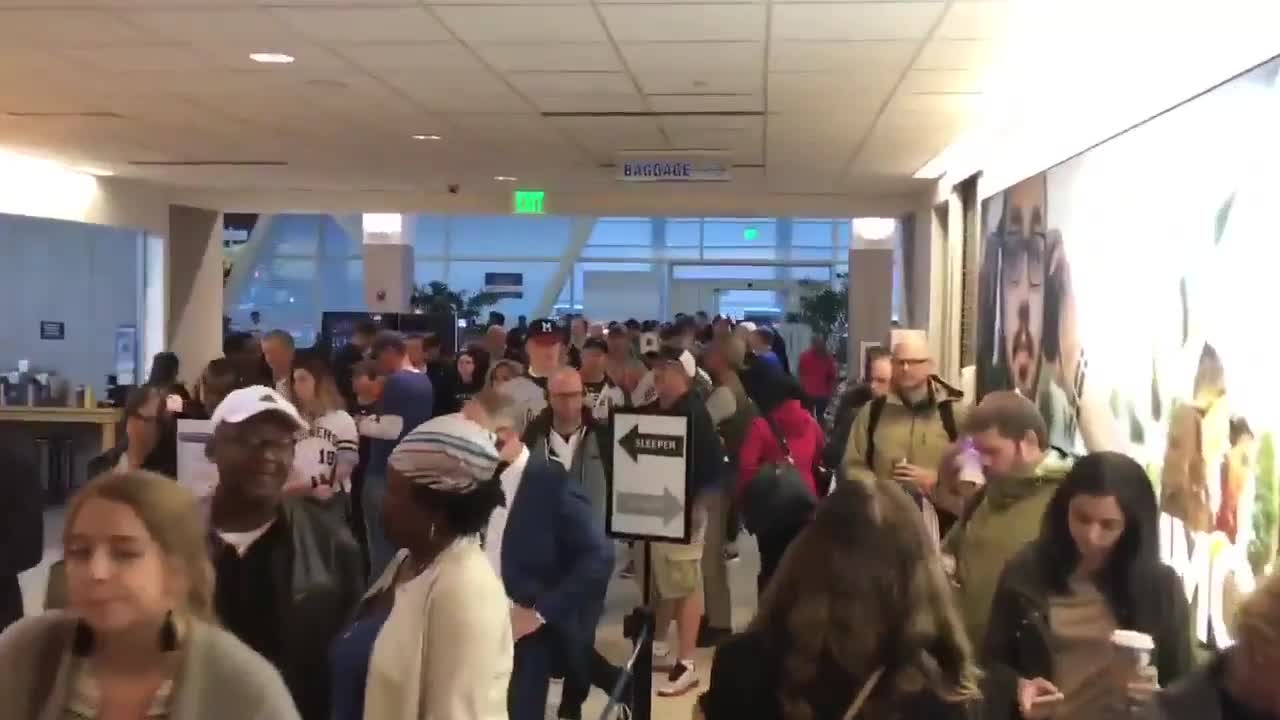 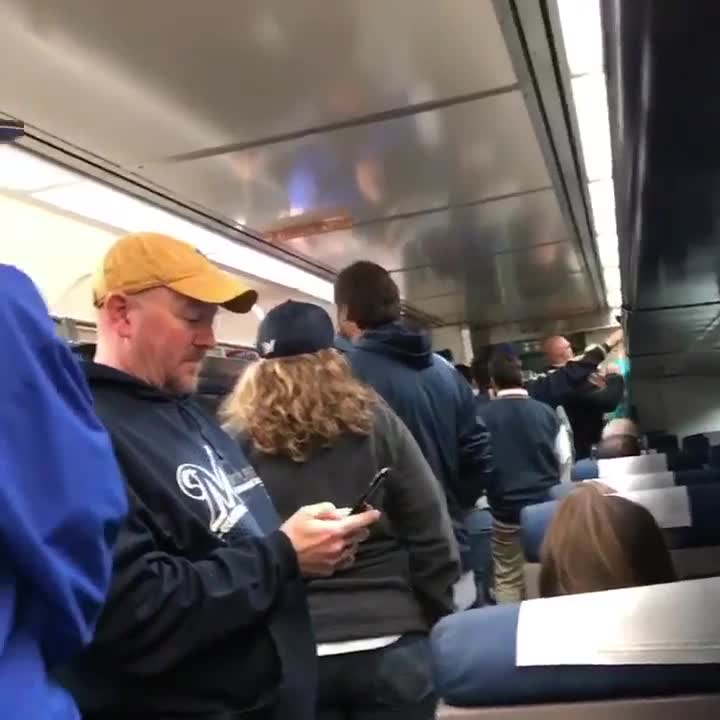 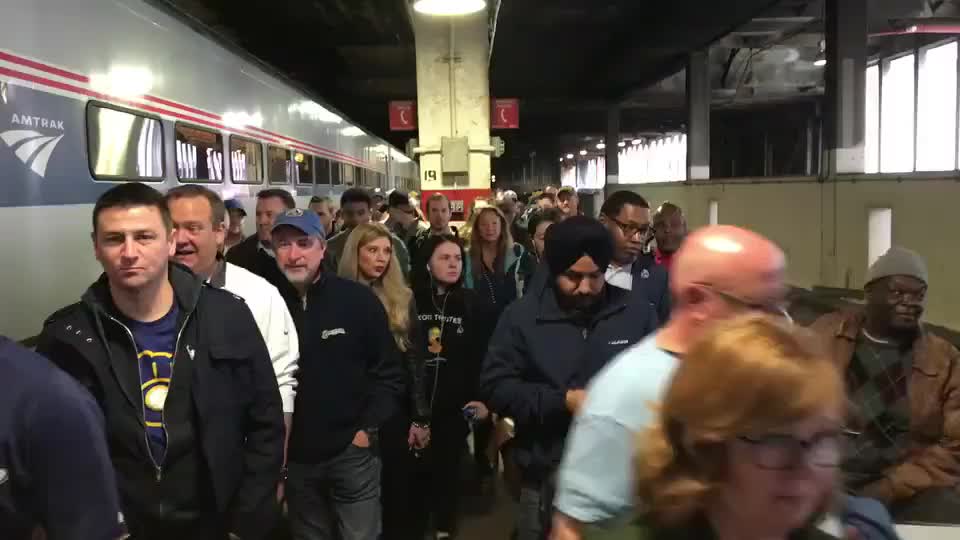 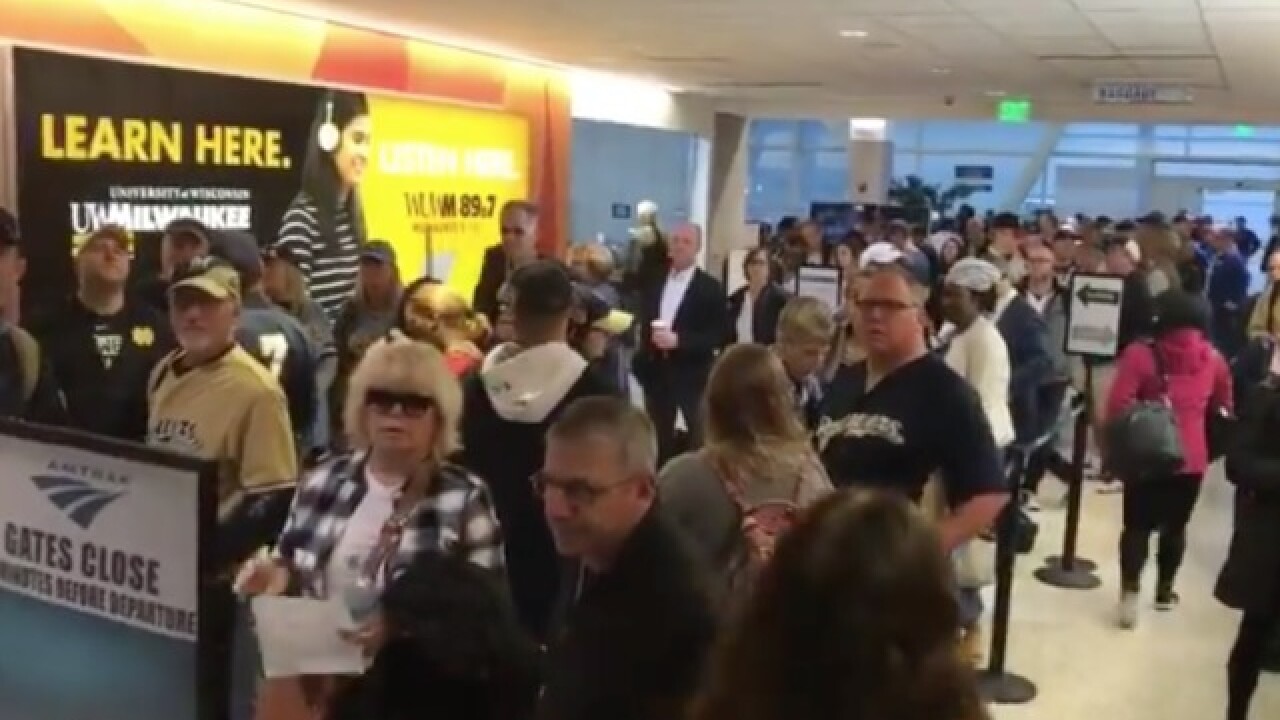 Brewers fans packed trains Monday morning to go to Chicago for an NL Central tiebreaker with the Cubs.

Rainy Monday mornings can be tough to wake up for. Not this Monday as Brewers fans brought tons of energy to the train.

The morning train to Chicago is usually filled with business people. Suits and dress clothes fill silent cars as they prepare to work in the Windy City. But not today.

"Going to Wrigley and battling for the division? It's a once in a lifetime opportunity and it's going to be a lot of fun," Nathan Petrashek of Two Rivers said. "I'm sure Cubs fans aren't thrilled with it."

Petrashek called out of work Monday to go to the game. While most people told their employer they had 163 degree fevers and could only see a specialist in Chicago today, Petrashek didn't have to lie.

"Well he works for me," Tom Hruz said. "Nate gave me a call. He said, let's pull the trigger. Why not? It's once in a lifetime."

Fans boarded the train, packed to the gills, ready for the hour and a half train ride so they can get to work.
"I'm ready to call Wrigley, Miller Park South today," Petrashek said.

A win at Wrigley would mean the Brewers are NL Central champions and the first game of the NLDS would take place Thursday. A loss, means they will play in the one-game Wildcard Game on Tuesday at Miller Park.