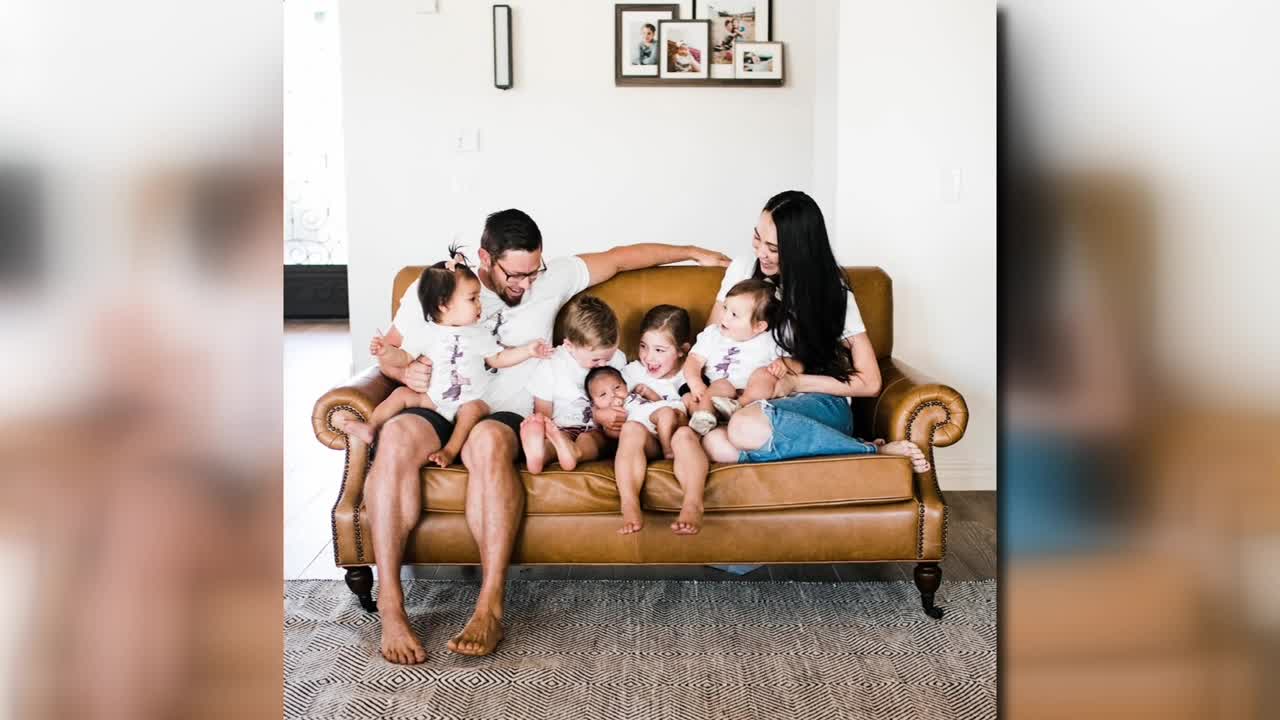 Eric Sogard of the Milwaukee Brewers and his wife Kaycee always dreamed of wanting a big family, and now they have one.

"It seemed like crazy timing but adoption had always kind of been a plan of ours, if we were able to do so," said Sogard.

Sogard and wife Kaycee decided on adopting two children after having three kids. A decision that went over well with the children.

"They were like 'oh another baby.' Like this is perfect! Like, you just had Prior and now we have Leyla and it really was not anything out of the ordinary to them whatsoever," said Kaycee Sogard.

Eric and Kaycee now have five children under 6-years-old.

Having four pre-school aged children allowed them to have an incredibly strong pain tolerance in comparison with other couples.

"It certainly helped our pain tolerance, that's for sure. Absolutely," said Eric. But adopting little Rye right before spring training shut down means the blessing, is more family time.

"This is probably a lot harder for the single players that don't have families. For us obviously, Eric misses baseball. We're missing him play but we're really enjoying this time together as a family that we would otherwise not have had," said Kaycee Sogard.

"It doesn't matter if you hit two home runs, or struck out four times. You come home with the kids yelling 'Daddy! Daddy!' And you have an automatic smile on your face, so that's truly been a blessing for me absolutely, and I think it's helped me on the field," Eric says.

"I think we're all kind of ready for a change. We haven't stayed in our home or anywhere for this long, ever. So we've been together 13, 14 years and we've never been in one place this long, so I think I'm kind of like itching to get out and like have a little change of scenery I guess," Kaycee said.