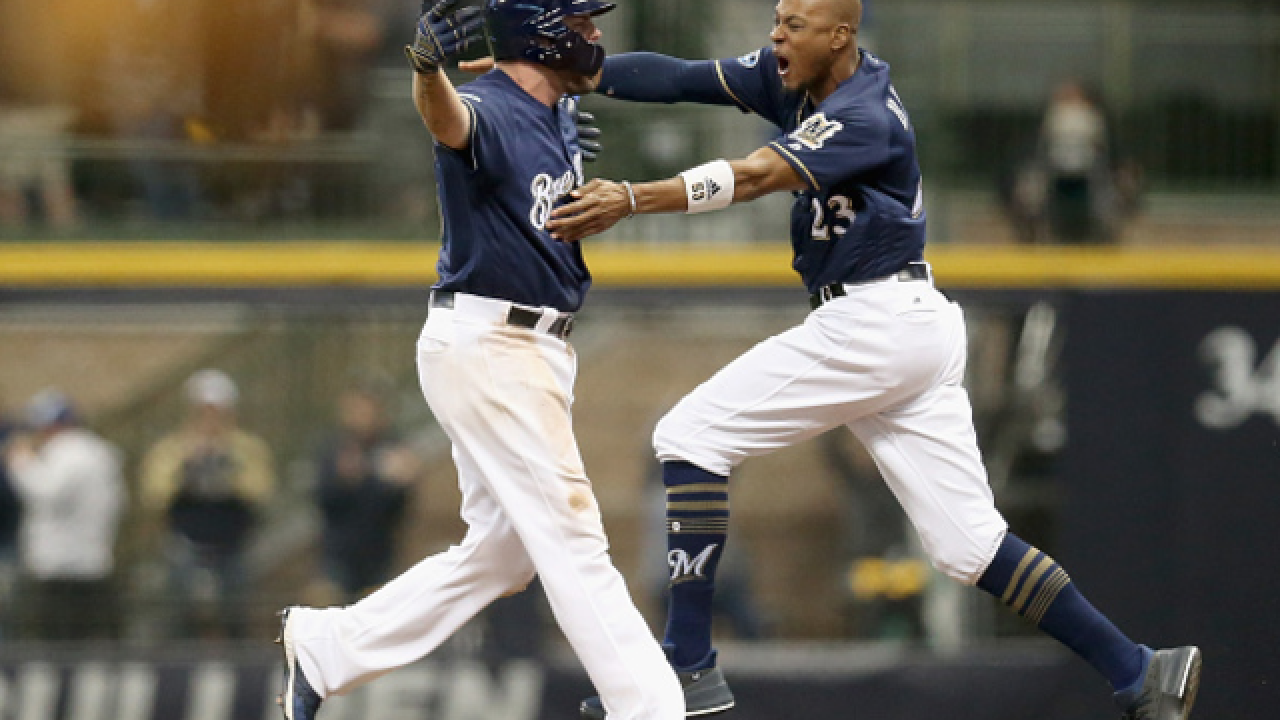 Image copyright 2018 Getty Images. All rights reserved. This material may not be published, broadcast, rewritten, or redistributed.
<p>Mike Moustakas walks off the Brewers in Game 1 on the NLDS.</p>

MILWAUKEE -- The Brewers have now won nine games in a row.

Their last loss happened almost two weeks ago on September 22. However, no win was bigger and more thrilling than Thursday night's NLDS Game 1 walk-off winner from Mike Moustakas.

On a two-strike count, the midseason acquisition smacked a single into right field to give the Brewers a 3-2 victory over the Colorado Rockies. As great as that moment was for Brewer fans, it's even better with Titanic music.

AN EXTRA INNINGS WALK-OFF WIN FOR THE @BREWERS!!!

MIKE MOUSTAKAS' WALK-OFF SINGLE IN THE BOTTOM OF THE 10TH IS EVEN BETTER WITH TITANIC MUSIC!!! BREWERS LEAD THE NLDS 1-0!!!

Moustakas has more postseason experience than anyone in the Brewers locker room, making him a vital part to their postseason journey. The World Series champion showed that the pressure situations are nothing new, as he hung in on an 0-2 count to win it for Milwaukee.

This marked the Brewers first postseason victory since October 13, 2011 when they beat the St. Louis Cardinals in game 4 of the NLCS.