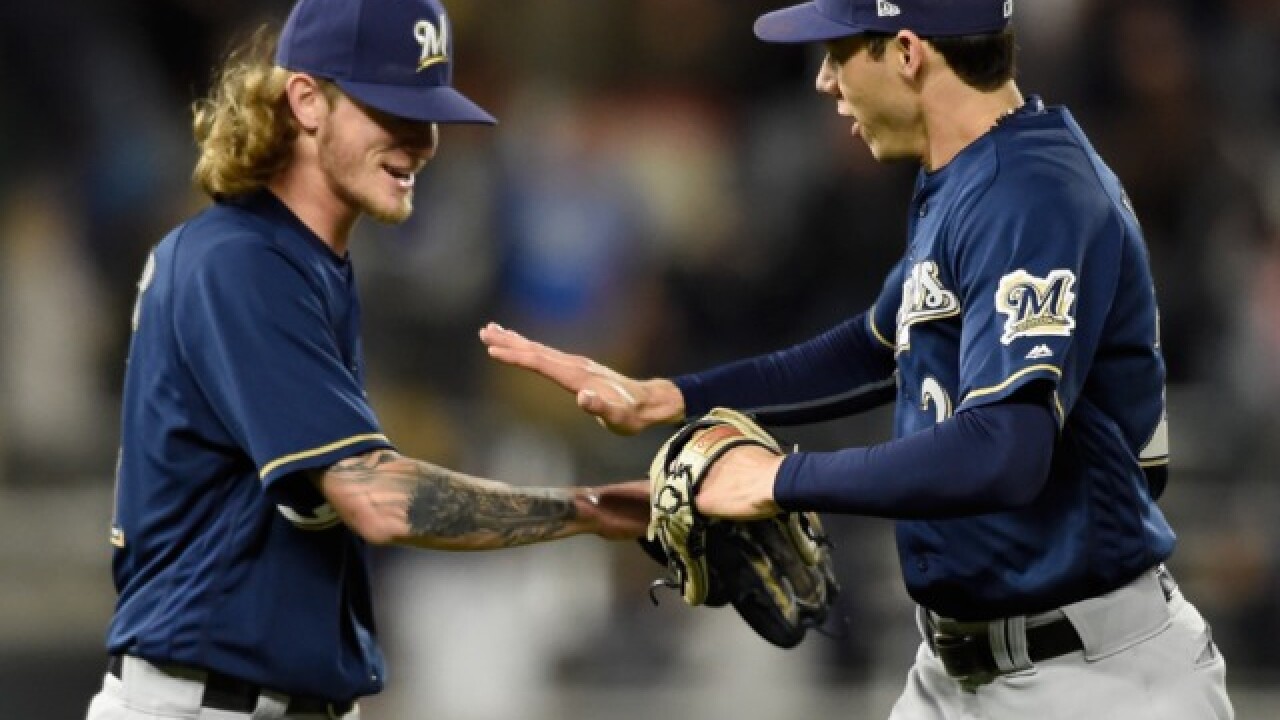 MILWAUKEE -- Despite the highly offensive tweets made by Josh Hader several years ago, teammates Lorenzo Cain and Jesus Aguilar stood by of the All-Star reliever.

Aguilar tweeted that he was supporting Hader on Wednesday, writing: "He made a mistake 7 years ago. He admitted, he apologized and most important: He learned from it."

First of all I want to show my support to my friend and teammate, Josh Hader.

He made a mistake 7 years ago. He admitted, he apologized and most important: He learned from it.

Regarding accusations of racism: I’m Venezuelan and with the skin color that I have, can tell you that it is a lie. Obviously he’s not racist.

He’s a great player and a better person. Great teammate.
And you know it

Lorenzo Cain said he was "surprised" by Hader's tweets after the All-Star game Tuesday, but said the team will move past it.

"At the end of the day, we've all said crazy stuff growing up," Cain said. "Even when we were 17-18 years old. If we could follow each other around with a recorder every day I'm sure we'll say some dumb stuff. We're going to move on from this. We're going to focus on playing baseball."

Hader apologized for the tweets after the game Tuesday. He was told about the social media firestorm after the game, and locked his Twitter account.

Hader said the posts were from seven years ago, and called them immature.

"There's no excuse for what was said," Hader said. "I'm deeply sorry for what I've said and what's been going on. It doesn't reflect any of my beliefs going on now."

Hader was not suspended for the derogatory tweets, but he will be required to complete sensitivity training.

Relief pitcher Jeremy Jeffress posted a photo of the two on Instagram, saying "that's not who he is now."

I just want to show support for my Great Friend and teammate @jhader17 @brewers. He made a mistake in the past and believe me I understand about past mistakes. That’s not who he is now. Let’s try to move past this and learn to forgive and forget. Love you brother.