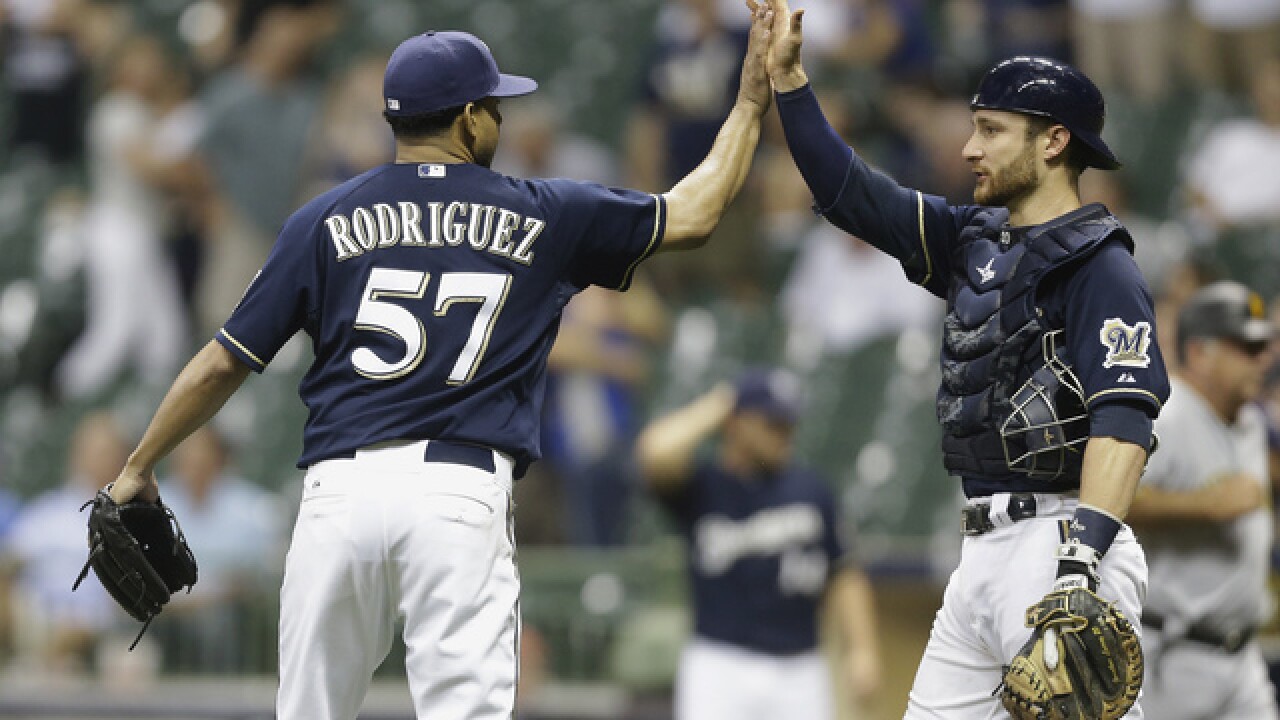 Copyright 2018 Scripps Media, Inc. All rights reserved. This material may not be published, broadcast, rewritten, or redistributed.
Mike McGinnis
MILWAUKEE, WI - SEPTEMBER 01: Francisco Rodriguez #57 of the Milwaukee Brewers celebrates with Jonathan Lucroy after the 7-4 win over the Pittsburgh Pirates at Miller Park on September 01, 2015 in Milwaukee, Wisconsin. (Photo by Mike McGinnis/Getty Images)

sources: K-Rod has an agreement to pitch for the Long Island Ducks and is on his way to L.I.

The Ducks play out of the independent Atlantic League, a seven team league that debuted in 1998 and has featured other prominent big leagues like Stephen Drew, Rich Hill, Scott Kazmir and Rene Rivera.

The 36-year-old Rodriguez, a former Milwaukee Brewer, has 437 saves, fourth best in MLB history, but has been out of the majors since posting a 7.82 ERA in 25.1 innings with the Tigers last season before being released in June.

Since then, he's signed minor league deals with the Nationals and Phillies, but failed to make it to the big club. The Phillies most recently released him this March after he failed to make the roster during Spring Training.

A native of Venezuela, he made his MLB debut 16 years ago and has pitched for the Angels, Mets, Brewers, Orioles, and Tigers.

He's a six-time all-star who finished as high as third in the Cy Young voting and 6th in the MVP voting back in 2008 when he finished with a league high 62 saves. He's led the league in saves three times over his career.