Cubs manager doesn't give a "s--t" about Brewers 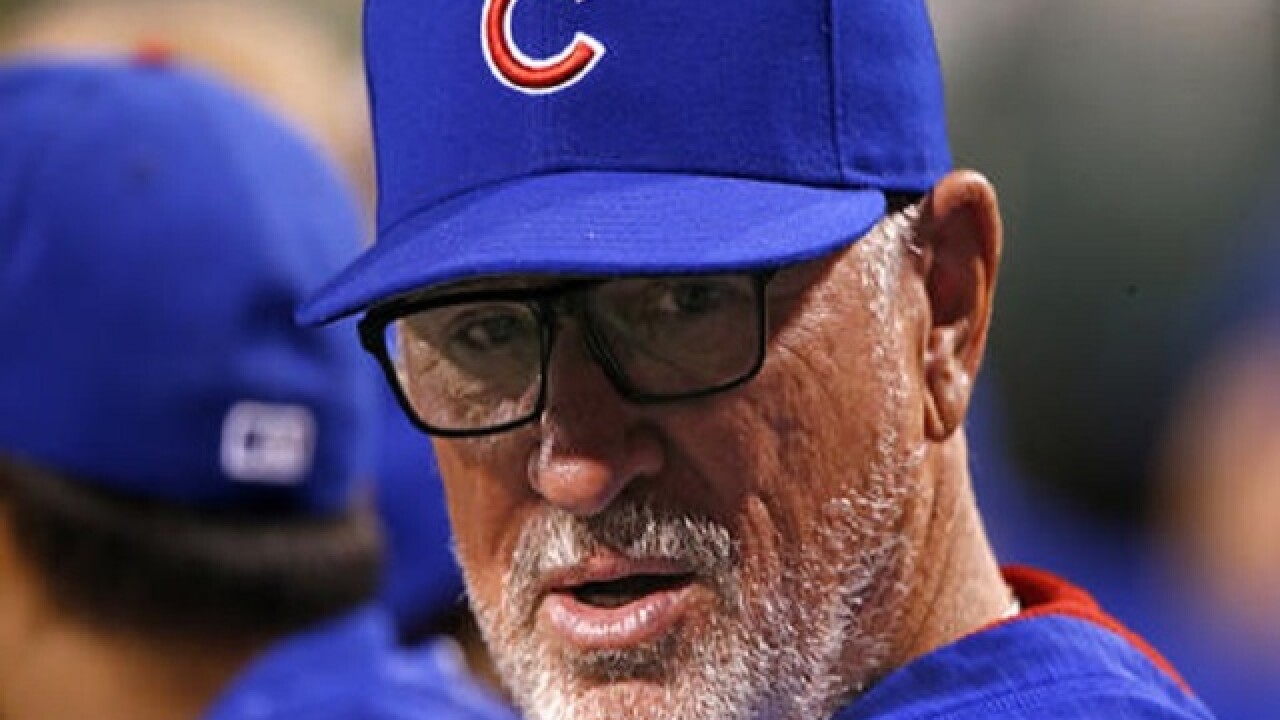 This might be the one weekend you want to root for the Cubs, but club manager Joe Maddon told ESPN that he doesn't "give a s**t" about the Brewers.

The Cubs are out of the playoffs, and the team has indicated that it plans to rest some of its starters for the last series of the regular season. That would be fine, if it weren't for the power that the Cubs still have on the Brewers' playoff position.

Milwaukee has secured a wild card spot, but with a couple of wins against the Rockies this weekend and some help from the Cubs they could still win the NL Central.

If Chicago beats St. Louis two or three times this weekend, and Milwaukee wins two or three in Colorado, the Brewers could go straight to the NLDS. That would allow them to rest a little knowing they made it out of the wild card round and into the next round of the playoffs.

All this could be difficult since Cubs manager Joe Maddon isn't concerned that the Cubs' performance has implications for the Brewers.

"We're going to put a good team out there, but of course they're going to b---h," he told ESPN. "Of course they area. I get it. But quite frankly there are certain things I don't give a s**t about and that would be one of them."

A few Cubs pitchers are scheduled to sit for the rest of the season, and a few key players like Kris Bryant, Anthony Rizzo, and Javier Baez are all dealing with injuries. With the Cubs out of the playoffs, there isn't a huge reason for them to keep all their starters in.

So, for the first and maybe only time in your life, this weekend it's not only okay but maybe even encouraged that you root for the Cubs so the Brewers can win the division.