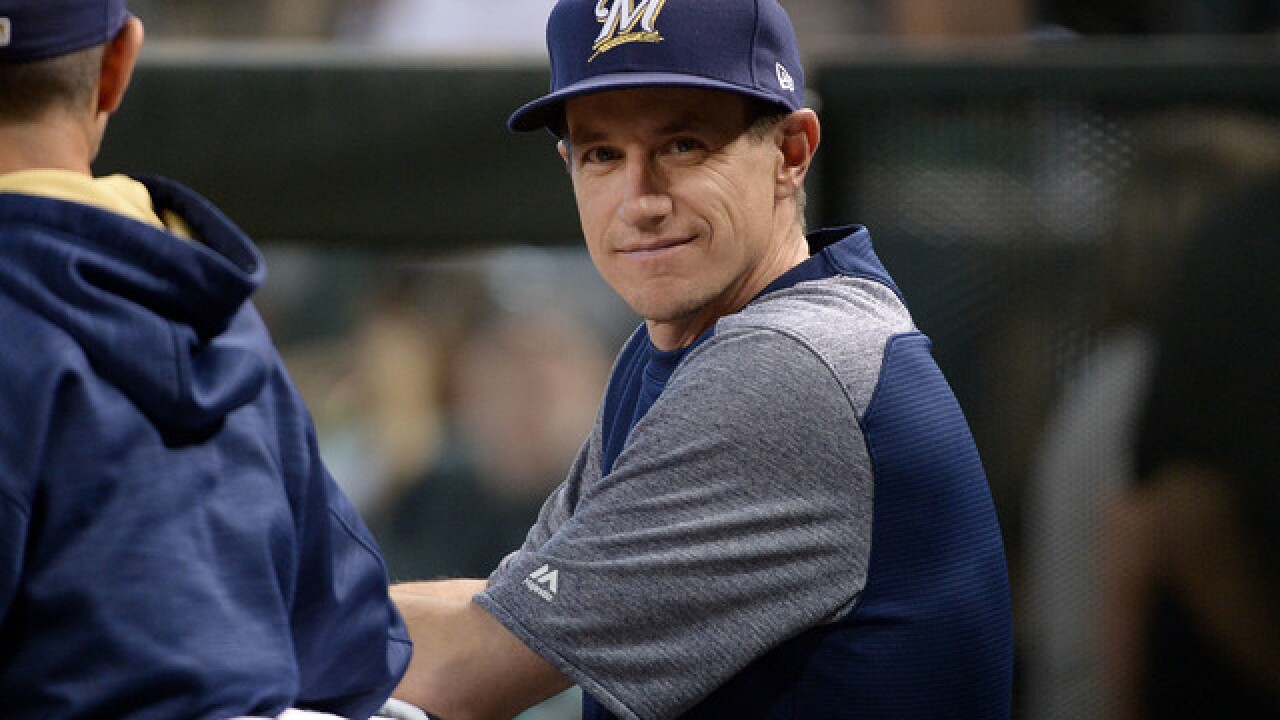 Craig Counsell must be hungry.

The Brewers manager, possibly struggling for a better metaphor or pining for some chicken noodle, compared his ball club to soup.

"When you put the soup together ... the ingredients can be the same, but if you don't put the right amount in then it's different. You put a different ingredient in, it's gonna be different. " Counsell told reporters before Sunday's series finale. "That's OK, it's not going to taste the same every year or every day. I like that. That's part of being on a team. That's part of the fun of being on a team."

One reporter went with the analogy. "As long as it tastes good though, right?"

All Counsell could do was smile. "I'm trying, that's what we're trying to do," he said.

Right now, the Brewers soup seems to be simmering well.

A good balance of salt--not over seasoned but not bland--and a hearty batch of ingredients to warm the soul when Spring nights in Milwaukee turn a bit chilly.

Basically, a long, complicated way to say they're 21-16 and 0.5 games back of the St. Louis Cardinals for first place in the NL Central despite a rash of injuries to their ace, closer and a few impact bats.

And if Counsell ever needs a new soup recipe, he can consult the 1995 Milwaukee Brewers All-Star recipe cookbook--available on Amazon for a measly $49.99.

Jose Valentin has a great recipe for Pico de Gallo on page 63.